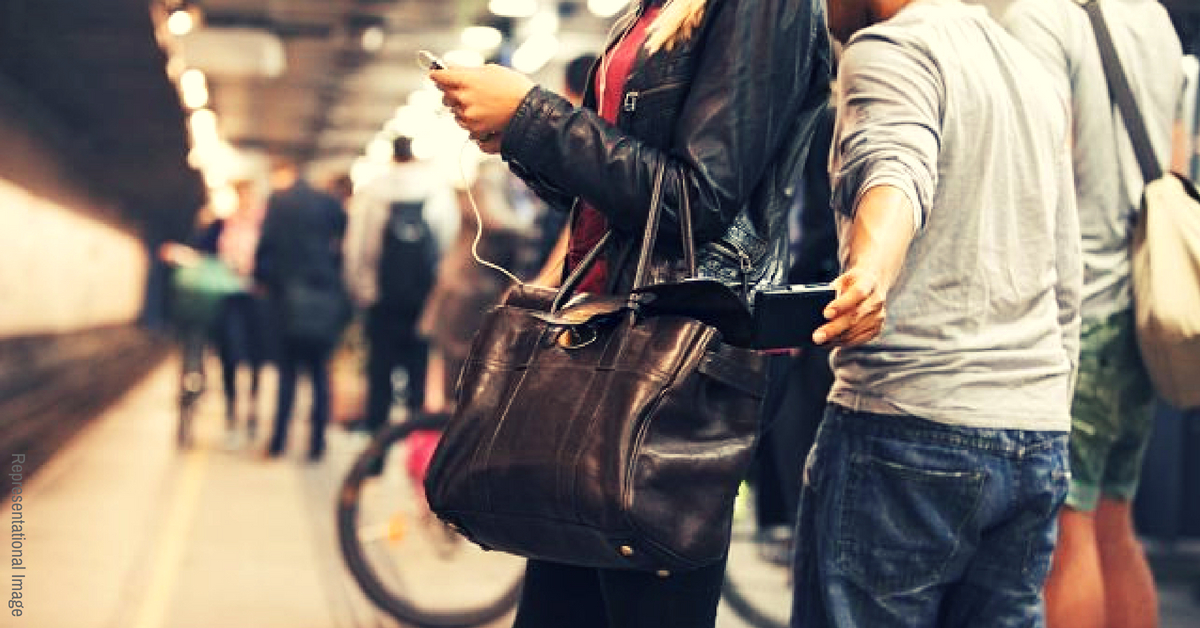 This is the exceptional story of how she tracked down her phone thief just as he was leaving the city to escape with her phone to Tiruvannamalai.

When 19-year old Marol resident Zeenat Banu Haq couldn’t find her phone after returning from a trip from Malad on Sunday, she did not break down as most people would.

Yes, the panic was setting in, but the young woman who works as a play school teacher in Marol used her presence of mind.

This is the exceptional story of how she tracked down her phone thief just as he was leaving the city to escape with her phone to Tiruvannamalai.

Speaking to The Times of India, she revealed how she used another handset to log into her Google Account and turned the location on. She went to the section called MyActivity in her Google Account which allows the user to view as well as manage their online activities like the latest search, the websites visited, videos they watched etc.

This helped her track the location of the thief and view every single one of his online activities which revealed that the thief had not only searched for songs from Rajinikanth’s latest film, Kaala, but also used ShareIt, Facebook and updated the WhatsApp messenger app.

“Then he downloaded an app for booking railway tickets,” she told the publication.

Zeenat could also view the battery status of the stolen phone which was used excessively. She noticed how the man had booked a railway ticket for Sunday from Dadar to Tiruvannamalai. He also took a screenshot of the PNR Number and seat details and a picture of himself on the phone.

Zeenat was able to view all of this because the picture was backed up on Google Photos.

A quick internet search revealed that the train was Puducherry Express and it would leave from Dadar Terminus around 9:30 pm on Sunday.

She quickly left home and headed to the Dadar police station where she met the RPF personnel and narrated her story. She continued to track his location. They RPF stationed themselves where the train arrived. But the man did not board it immediately.

It was only after he took his seat that the RPF personnel started interrogating him.

“My phone was found with him, but he claimed that it had been mortgaged with him. By then, I had broken down as I was scared. But the RPF asked a lot of questions, and he and the woman he was travelling with, gave contradictory answers,” she told TOI.

Her phone, a Xiaomi 4A was recovered. The RPF nabbed the 32-year-old accused and handed him over to the Dadar GRP outpost where a case of theft was registered against him on Monday.

A stitch in time did save nine for the young woman! Kudos to her for not giving up.

Read More: Got a New Phone & Unable to Retrieve Old/Deleted Contacts? Here’s What to Do!

If this makes you wonder what you should do in a similar situation when you lose your phone, here are a few precautions you can take:

If your phone is stolen, file an FIR immediately and give the police the IMEI number. An IMEI number is a globally unique 15-digit number assigned to all cell phones which identifies your device within the mobile network. You can use this number to block a mobile phone from being used by another person or phone company if it has been lost or stolen.

Block your sim card. This will prevent anybody from misusing your credit or debit cards or your bank accounts.

Change passwords of all accounts you were logged into on your phone.

When you get a new phone, activate tools that can track your missing/stolen phone. These are available on iOS as well as Android platforms. These will ensure your phone rings loudly, displays a message, locks the screen with a new password or even erases all data on the phone completely.