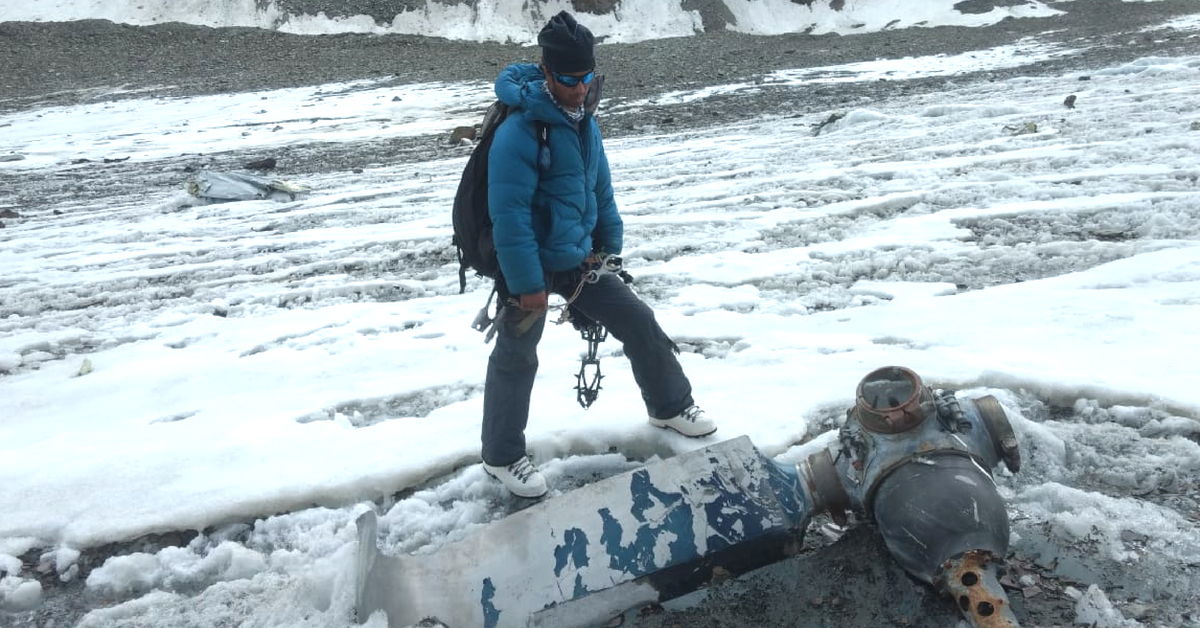 Nearly 50 years ago, IAF aircraft AN-12 flying from Chandigarh to Leh with 102 defence personnel mysteriously vanished in 1968.

While many still do not know about the fate of those aboard MH 377, a team of mountaineers in Himachal Pradesh recently discovered the frozen body of a crash victim in the Dhaka glacier base camp.

The body was from an Indian Air Force plane that crashed in the Lahaul Valley 50 years ago.

Back in February 7, 1968, an Indian Air Force aircraft AN-12 was flying from Chandigarh to Leh with 102 personnel on board. While approaching Leh, the plane ran into some bad weather and was attempting to turn back when it lost all contact with ground staff. According to the Press Trust of India, the plane was hovering over Rohtang Pass when it went missing.

It took until 2003 to find parts of the plane in the Dhaka glacier during an expedition conducted by the ABV Institute of Mountaineering and Allied Sports, Manali. Aside from remnants of the plane, the team also found the remains of a body, who was eventually identified as Sepoy Beli Ram, an army man.

However, this time around, a team of mountaineers from the Indian Mountaineering Foundation were on a cleanliness drive on the Chandrabhaga-13 peak when they discovered the body on July 1.

The Dhaka glacier base camp is perched at an altitude of 6,200 metres above sea level.

“We first found some parts of the aircraft. Subsequently, our team members spotted the decayed body of a soldier a few metres away from the spot,” said team leader Rajeev Rawat, speaking to the Times of India, adding that, “Our team took pictures of the body and the plane wreckage and alerted the Army’s High-Altitude Warfare School on July 16, after which their personnel have begun search operations in the area.”

Back in August 2007, the Indian Army undertook an expedition called Operation Punaruthan-III which managed to recover three more bodies from the site. From 2003 to 2017, only the bodies of five people have been recovered. Rawat believes there are many more bodies lying around.