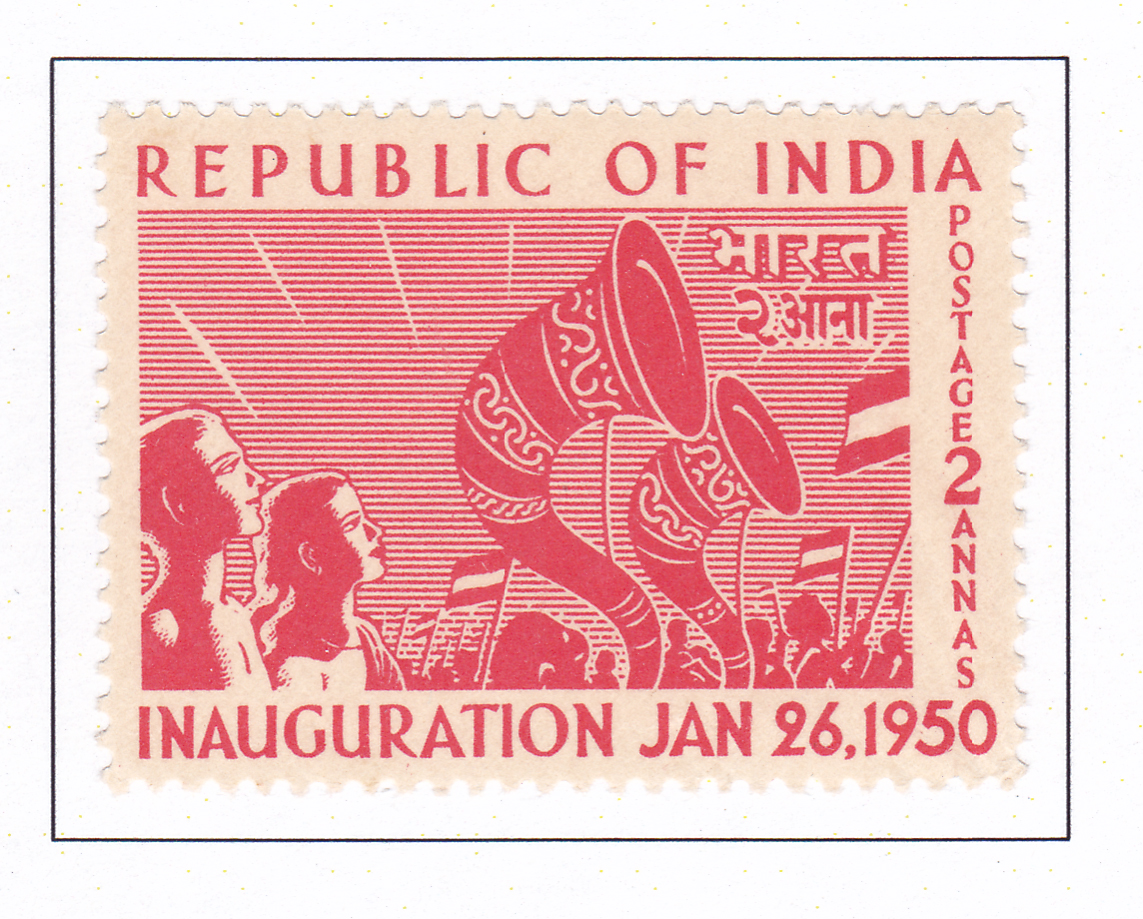 On World Post Day, explore these amazing vintage and rare postage stamps issued by the Indian Postal Service since 1947. From marking India’s independence to the Everest conquest, from celebrating the country’s miniature art to it’s varied wildlife, these amazing stamps will give you a glimpse of India and the world through the years.

To commemorate the establishment of Universal Postal Union (UPU) in 1874, October 9 is celebrated as World Post Day every year since 1969. Several countries across the globe take this opportunity to celebrate the day and launch new stamps to acknowledge the success and importance of postal services in nation building.

Founded in 1774, Department of Posts, India has 154,866 post offices as per 2011 records. India also hosts the world’s highest postal office in Hikkim in Himachal Pradesh, located at 15,500 feet. With its amazing vintage stamps and colourful history, the postal services surely have done an extra ordinary work for hundreds of years. We salute their work and dedication today.

This year, UPU celebrates its 140th anniversary and India Post its 240th! On this occasion, here are some of the most incredible vintage Indian stamps that take you through interesting historical events in India and around the world –

This commemorative postage stamp on  was issued on 15th December 1947  and features the Ashoka Lion symbol to mark India’s independence on 15th August 1947. The stamp valued 1.50 Annas.

This stamp was issued on 15th August 1948, to acknowledge Gandhi’s contribution in the Indian struggle for independence. Gandhi was assassinated earlier in 1948 on 30th January. The stamp was valued at Rs.10 which was a big amount at that time.

4. Inaugration of Republic of India

This commemorative postage stamp that shows rejoicing people was issued in 1950 to mark the inauguration of the Republic of India on the same day. The stamp valued two annas.

The stamp that shows mountain peaks was issued on  October 2, 1953.

This commemorative postage stamp was issued on 16th April, 1953 to mark the amazing 100 years of Indian railways which was founded on April 16, 1853.

The postage stamp that shows a courier pigeon and a plane was issued on October 1, 1954 to mark 100 years of the Indian postal service.

Issued on 14th November 1957, this stamp acknowledged Children’s Day which was celebrated across the country in honour of Jawaharlal Nehru.

This stamp that valued 15nP was issued on June 8, 1961 to mark the silver jubilee of All India Radio.

The stamp issued on April 7, 1962 portrayed the world united against eradicating malaria.

This stamp which showcases Indian elephant was issued on October 7, 1963 as part of the wildlife series.

This stamp was issued on December 12, 1966 to acknowledge family planning week.

This stamp was issued on 17th July 1968 to mark the wheat revolution.

The stamp shows the taming of an elephant and was part of Indian Miniature Painting series issued on May 05, 1973.

The 25p stamp released on Christmas eve in 1974 pays respect to the saint who was born on 7 April, 1506 and carried out extensive missionary work in large parts of India, most notable Goa, before his death on 7 December, 1552.

The stamp that features a Manipuri dance form was issued on October 20, 1975 as part of Dances of India series.

This stamp includes excerpts from the Indian national song “Vande Mataram” originally written in Bengali by Bankim Chandra Chaterji. The stamp was issued on Dec 30, 1976.

This stamp showcases a phonograph and was issued on 20 July 20, 1977. Phonograph was first introduced in 1877.

This amazing entertainer also got a place in India’s stamps. The stamp was issued on April 16, 1978 to acknowledge his birthday. Chaplin was born on April 16, 1889 and passed away on December 25, 1977.

Do you have any vintage stamp you would like to flaunt? Post a picture in the comments or send it to us at- contact@thebetterindia.com