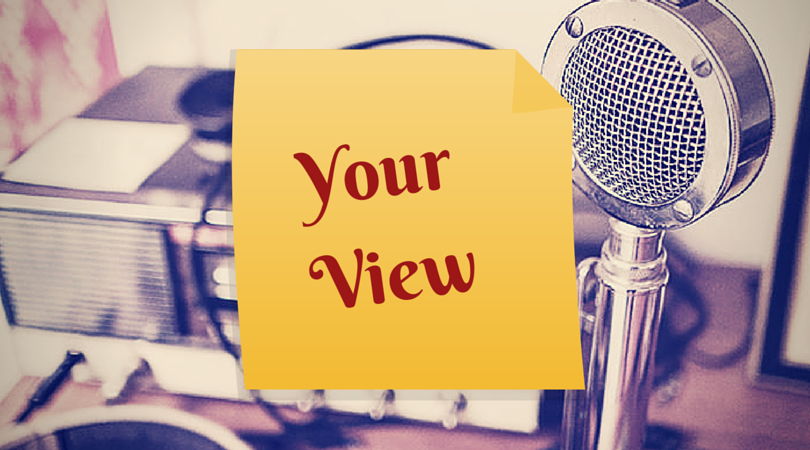 In the YOUR VIEW section, we highlight some of the most pertinent and interesting letters and opinions sent to us by our readers. Have something to say? Write to us: contact@thebetterindia.com with “YOUR VIEW” in the subject line.

TBI Reader Nalin Rai presents a strong case on how the legendary Nightingale of India, Lata Mangeshkar, would be the most apt crusader to lend her voice to the Clean Ganga campaign.

Those who were listening or were watching the broadcast of Prime Minister Narendra Modi from the Madison Avenue would have been presently surprised to hear at the beginning of the programme, Bruce Springsteen’s Anthem- “Born in The USA” – and all the participants singing energetically to the song. Well, there are voices and songs that define the destiny of the country and are catalytic in motivating the citizens to strive and work for a better country and they are used as a signature tune to inspire and propel a nation’s public to continue to move forward and serve the country with pride.

In case of India, if there is one voice which continues to have the same kind of sway, and has been doing it for the last seven decades or so, it is the voice of Lata Mangeshkar who celebrated her birthday few days ago. Though she has stopped singing, her voice continues to be the defining motif of Indian aspirations, hopes, its angst and its trials and tribulations. No wonder, when Hemant Kumar had composed the song- “Vande Mataram” – the national song, he looked no further than Lata Mangeshkar to sing it and it was sung more than 6 decades ago, but it still swells one’s heart with pride when it is played out in a public gathering.

Another such song which she sang on the eve of Indo-China War in 1962 to inspire the soldiers of the country – “Aie Mere Watan Ke Logo”, which still brings tear and creates goose bumps and triggers an adrenalin rush to die for the nation- is this song which continues to define our national festivals, be it the Independence Day, Republic Day, or Mahatma Gandhi’s birthday.

In the same way if one were to spread the message of love, peace and a feeling of brotherhood, there is no voice but that of Lata Mangeshkar to fall upon to soothe the frayed nerves. Indeed from “Allah Tero Naam” that she sang for Hum Dono way back in the early sixties to “O Paalan Haare Nirgun aur Pyaare” for Lagaan, her voice continues to inspire and serves as a catalytic tool to find way out of the maze of self-doubt and feeling of despondency that one might have been pushed into.

It is just a matter of time before one more glory would be coming her way as Lata Mangeshkar enters the autumn of her physical self, though the voice still has the sweetness of a teenager – and her voice again would become the signature tune associated with cleaning of the holy river Ganga, the song being – “Maano To Main Ganga Maan Hoon, Na Maano To Behta Paanee” from the film Ganga Kee Saugandh. It indeed would be an amazing tribute to this nightingale of India, who voice has the potential to inspire the citizens to take it upon themselves to clean the river Ganga and make India a better India. Hope the planners would chose her voice to initiate the Ganga cleaning programme, top priority of the present government as underlined by the Prime Minister in his speech at the Madison Square in New York.