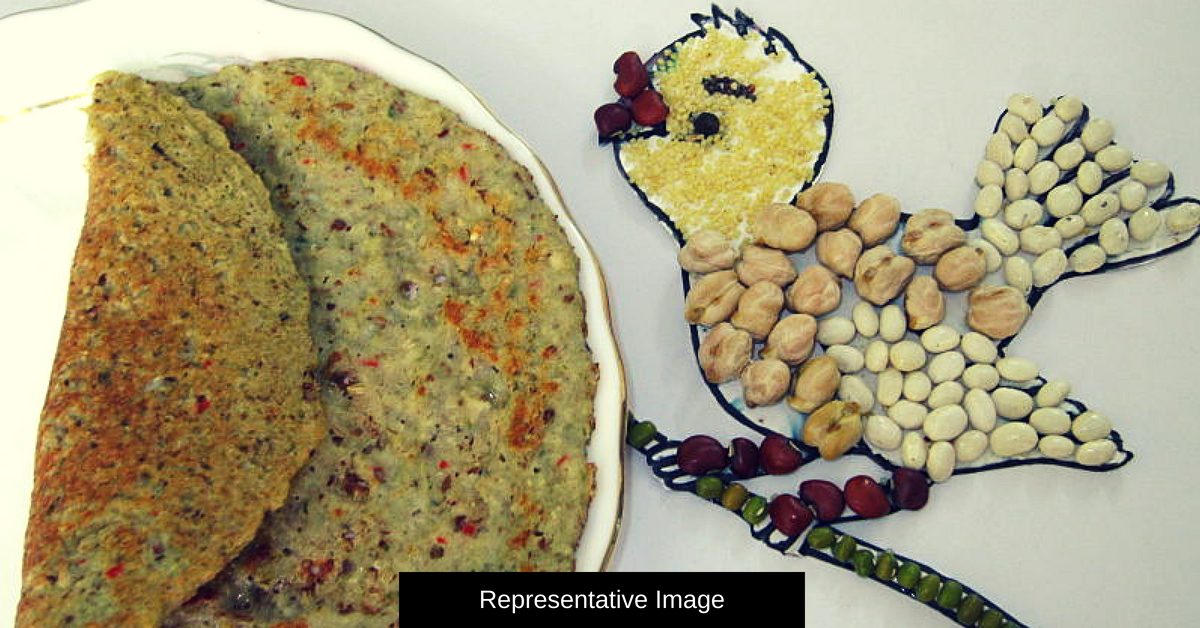 Initially starting with 12 recipes, today as many as 45 varieties of dishes are served at the restaurant, of which many have been pioneered by the duo.

With the aim of reviving traditional millet-based food in Tamil Nadu through farmers, IAS officer U Sagayam had flagged off the ‘Uzhavan Unavagam’ initiative in Madurai almost eight years ago.

A few years later, the initiative deeply inspired a young IT professional in Chennai, who had begun to feel saturated in his well-paid job and instead wanted to start something new and meaningful. Having followed the work of organic farming scientist G Nammalvar, J Suresh initially began with attending his workshops and later took to conducting his own research in the field.

The young man then stumbled upon the idea to launch a catering business in the city and in 2014, ‘Thirukural Unavagam’ took flight in Virugambakkam.

The meals were prepared using only millets, but sadly, the venture only lasted for two months.

However, the resilient young man refused to give up and started a two-table restaurant at Karayanchavadi, which was in the outskirts of Chennai and became popular with the industrial workers in the vicinity. Here, he was joined by his friend, Karthikeyan E. Suresh had been the caterer during his wedding and served millet-based food to guests.

Together, they began researching local food habits and decided to club together traditional recipes with contemporary yet healthy twists that would appeal even to the younger population. In 2016, the second innings came in the form of a restaurant, which the duo strategically launched in Adyar, for the area had a plethora of purely vegetarian restaurants as well as the entire IT corridor in the vicinity.

Initially starting with 12 recipes, today as many as 45 varieties of dishes are served at the restaurant, of which many have been pioneered by the duo.

“Standard menus don’t work here, and therefore we constantly innovate. Tricolour puris and sukku malli rolls appeal to younger customers. I have even developed pani puri with ragi, served with mudakathan juice. However, the most popular items on our menu are the two traditional set meals—Tholkappiar and Nammalvar Thaali,” said Suresh to The Hindu.

You may also like: Millet Biryani, Anyone? Move Over Rice, the King of All Food Grains Is Back!

According to Suresh, all the recipes have three things in common—millets, herbs and heritage rice varieties of Tamil Nadu and that their working foundation rests on the belief of serving customers “not what they like, but what is healthy for them.”

Besides millet chapattis that are stuffed with traditional herbs and vegetables, the restaurant also has vegetarian omelettes, made by grinding together sprouted moong with green chillies as well as herbal tea, concocted using thipili, adhimadhuram, dry ginger, pepper, tulasi, mint and karupatti on its menu.

The ‘Tholkappiar Virundhu’ includes 18 traditional dishes, served with heritage rice for just ₹148 while the ‘Nammalvar Virundhu’ replaces rice with millets and has 20 items, for ₹158.

The restaurateurs mention that a lot of their customers include the health-conscious population, among which many are youngsters. They intend to start a meal box scheme on a subscription model to cater the professionals working nearby.

Having found great success in last two years, the duo is now keen on taking up farming as their next pursuits for they believe, “our heart lies there.”