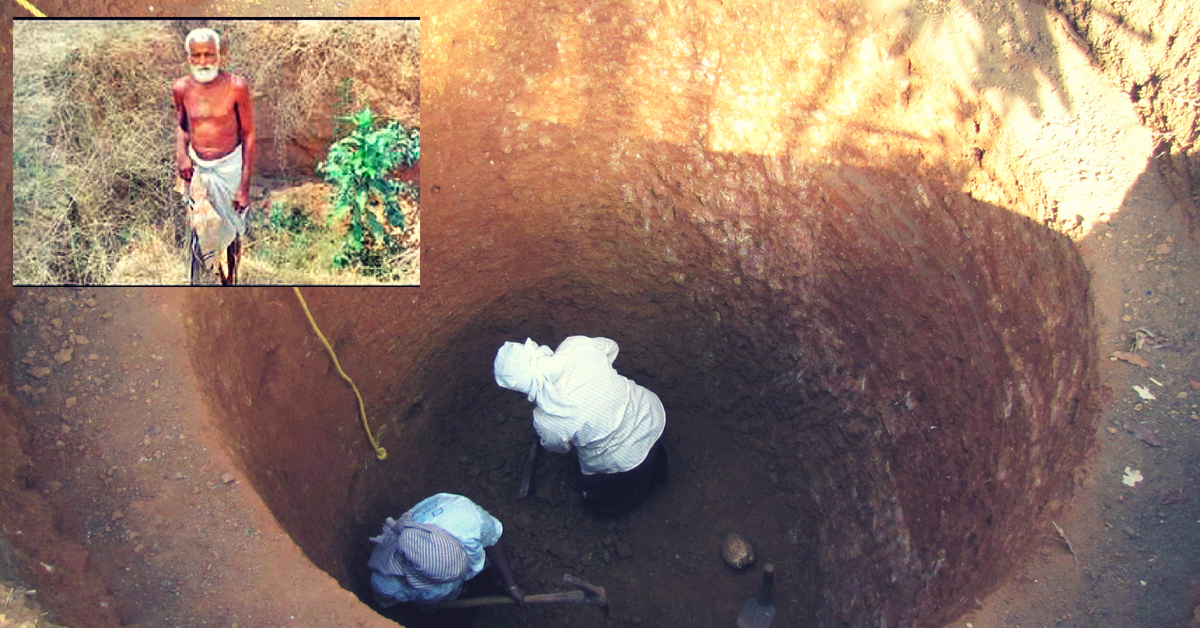 From dawn to noon and evening to sunset, every day, the septuagenarian armed with a shovel, dug the soil out and threw it outside the well, for 18 months.

What does it take to dig a 33-foot well in the parched region of Madhya Pradesh?

18 months, a shovel and a 70-year-old man with an indomitable spirit, proves Sitaram Lodhi.

The senior citizen who hails from the Hadua village under Pratapura village panchayat in Chhatarpur has joined the league of widely lionised commoners like Gaya’s mountain man, Dashrath Manji.

The arid area of Bundelkhand has been facing severe water crisis for a long time. Sitaram faced resistance from his own family to take on the laborious job at his age, stood his ground and picked the shovel anyway.

From dawn to noon and evening to sunset, every day, the septuagenarian armed with a shovel, dug the soil out and threw it outside the well, for 18 months.

Speaking to The Times of India, Sitaram explains the motivation behind digging the well.

“It was a dry season, and there was no water. We also did not have any money. So, I decided to dig a well on my farm. My family members said that I should not take such a task until I am sure that we will get water. But, I was determined,” he said.

Sitaram who started the work in late 2015 completed it only in 2017. But the heartbreaking truth about the man’s story is that the effort he put into digging the well came to naught after it collapsed in the rains. Reason – He received no support from the government to get the walls of the well plastered.

“After 18 months and 33 feet, we got water in the well. It was good water, and everyone was happy. But, the happiness did not last long, as during monsoon the water level rose in the well and the walls collapsed within,” he told the publication.

And before you think all hope is lost for this 70-year-old, be warned. He isn’t giving up. He says he is willing to pick up the shovel once again, provided he gets some government assistance.

Unmarried, Sitaram lives in a joint family with his younger brother, 60-year-old Halke Lodhi, and his two sons. The family possesses about 20-acres of land.

Sitaram’s brother, Halke explains how the family resisted not to the idea of the well, but the amount of labour it required the man to do.

“We were not against the well, but the problem was he was adamant to digging it in the farm without being sure whether there will be water or not. At one point, we all decided to stop him but convincing him at this age was tough,” Halke told TOI.

Sitaram says that he is still ready to fight the battle because he thinks he is ready and fit enough to dig the well once again.

“But I have yet not received any government help. Little financial help for plastering the walls of the well will do,” the man pleads.

And while there are state government schemes like Kapil Dhara Yojana where farmers are given 1.8 lakhs to dig wells to strengthen irrigation, Luvkush Nagar Janpad panchayat CEO, R K Sharma said there isn’t a scheme to provide help to anyone who has dug a well.

Whether a scheme to help Sitaram Lodhi exists or not, one cannot unsee the amount of effort it took or the undeterred spirit of the 70-year-old to bring water back to his village.

We hope the government takes notice of his dedication and provides him with the necessary financial help to construct and secure the well.