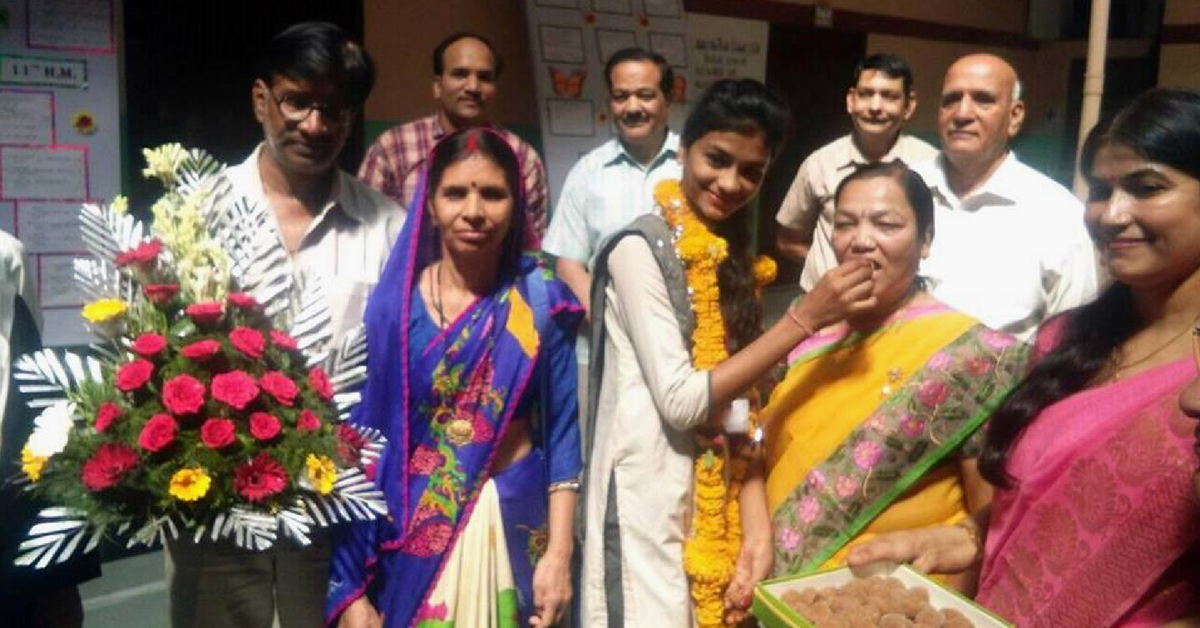 Dimple with her mother (left). Source.

Dimple hails from a financially unprivileged background. Her father is a tailor and mother is visually impaired, because of which she cannot support the family financially.

For Dimple Kumawat, the struggle to study for her Class 12 board exams was no less than a fight. In addition to juggling school and exam preparations, Dimple was also working as a sales girl in a garment shop.

But none of this stopped her from following her dreams and on Saturday, 13 May 2018, she got a call from the office of the Chief Minister of Madhya Pradesh with some wonderful news!

Dimple hails from a financially unprivileged background. Her father is a tailor and mother is visually impaired, because of which she cannot support the family financially. So, Dimple took up the responsibility to generate some additional income, while simultaneously pursuing her studies.

She would wake up early in the morning to go to school at 7:00 a.m. Her school hours ended at noon, after which she would rush to the garment shop where she worked as a salesgirl, till 9:30 p.m.

However, her day would only be half over. After the long hours in school and the shop, Dimple had to study till late into the night, so that she could score well in her exams.

Speaking to Dainik Jagran, Dimple’s mother, Harichha, said, “Dimple had to help us with house chores because I was visually impaired.

But whether I got up at 12 at night or four in the morning, I could see her studying sincerely. Unfortunately, I couldn’t help her with her studies but always gave her moral support so that she wouldn’t get demotivated.”

Dimple also revealed how the family did not even have enough money to pay her school fees. “I was worried that I might not be able to appear for the exams since I couldn’t pay my school fees,” she said, adding that, “But the school authorities could see how hard I was working every day and allocated a roll number to me. I did not let the trust of my teachers go in vain.”

You may also like: Kerala Porter Cracks KPSC by Using Railway Station’s Free Wifi to Study!

The results of the Madhya Pradesh State Board were announced on Monday, 14 May. However, those students who secured a merit rank got a call from the CMO of Madhya Pradesh. On Monday, CM Shivraj Singh Chouhan will felicitate the merit holders in a special ceremony.

“This is the best mother’s day gift she could have ever given me,” exclaims Dimple’s mother.