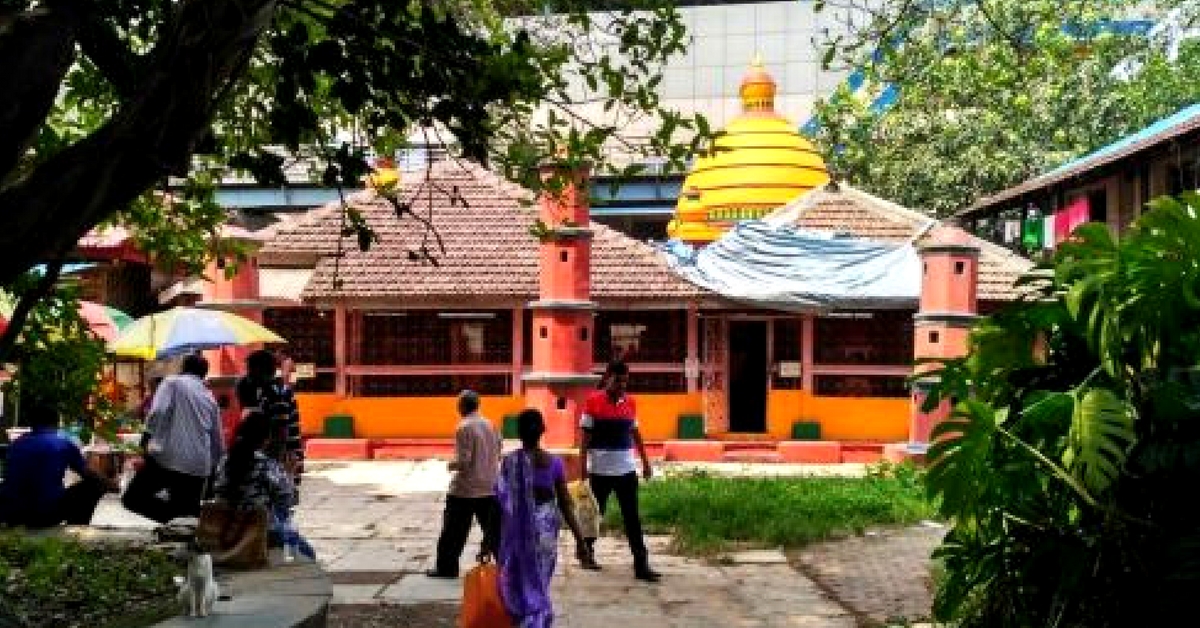 Temple complexes are simple temple structures without much ornamentation or glamour. These are local temples in every sense–from the deity to the architectural style as well as the materials used to build them.

As a child, I would spend my evenings with my grandmother. She would meet her friends near a temple around 5 pm while I played with mine. At 7 pm, we would both come back home. When I think about those evenings now, I realise that she seldom went inside the temple. All the other senior citizens just chose the place to spend time with each other.

When Rahul Chemburkar, a conservation architect from Mumbai told me about a temple restoration process, the childhood evenings just flashed in my mind. To my grandmother and many other people of her generation, these places were not just a habit born out of religiosity, but a social space–an ‘adda’ of sorts.

Temple complexes are simple temple structures without much ornamentation or glamour. These are local temples in every sense–from the deity to the architectural style as well as the materials used to build them.

It is such simplicity that is arguably instrumental in bringing people in the locality to form a social space.

“All these amalgamate to create a space which is religious but evolves gradually into a strong cultural, recreational and sometimes environmental public space, around which a closely knit social community gradually develops,” Rahul told The Better India.

These old complexes play a crucial role in maintaining the confluence of the community. Sitting on platforms around the trees, or ‘paar’ as known in Marathi, was as the perfect place to enjoy the evening breeze. They even had wells in the premises when wells were an important water source.

Mumbai has several such deulwadis–temple complexes.

In this fast-paced city, where citizens are almost always running to catch a local train, to their offices or homes, deulwadis are the spaces where this can come to a halt.

Realising the part that temple complexes play in the cityscapes of Mumbai, Rahul Chemburkar and Bhulingeshwar Deulwadi Trust initiated a project to restore the temples. Nilesh Thakkar, the Director of Jeernodhar Conservators, the firm working towards restoration of these temples, told TBI,

“Whenever a heritage building becomes dilapidated, it requires restoration to increase the lifespan of the building.

This concept of restoring deulwadis started somewhere in November and December. The on-site work started in January 2018.”

You may also like: Why Mumbai Rediscovering Its 11 Historic Milestones Is An Amazing Thing!

Rahul told TBI about the architectural significance of these complexes. “The main temple dates back to approximately 1860 AD. Other shrines seem to have been added over time. The main temple adheres to the simplicity of traditional coastal architecture. Traditionally, residential spaces [in the complexes] may have been used by people related to a specific community or a pujari of the temple. But with increasing urban pressures, the neighbourhood is changing,” he said.

The primary motivation behind restoring these complexes is to bring back the lost spaces of greenery and serenity. The deulwadis will provide a community space to people working or living in the area. Think of it as a garden that you can sit in after a long, tiring day at work. Except that the garden is around an architectural structure that was built more than a century ago!