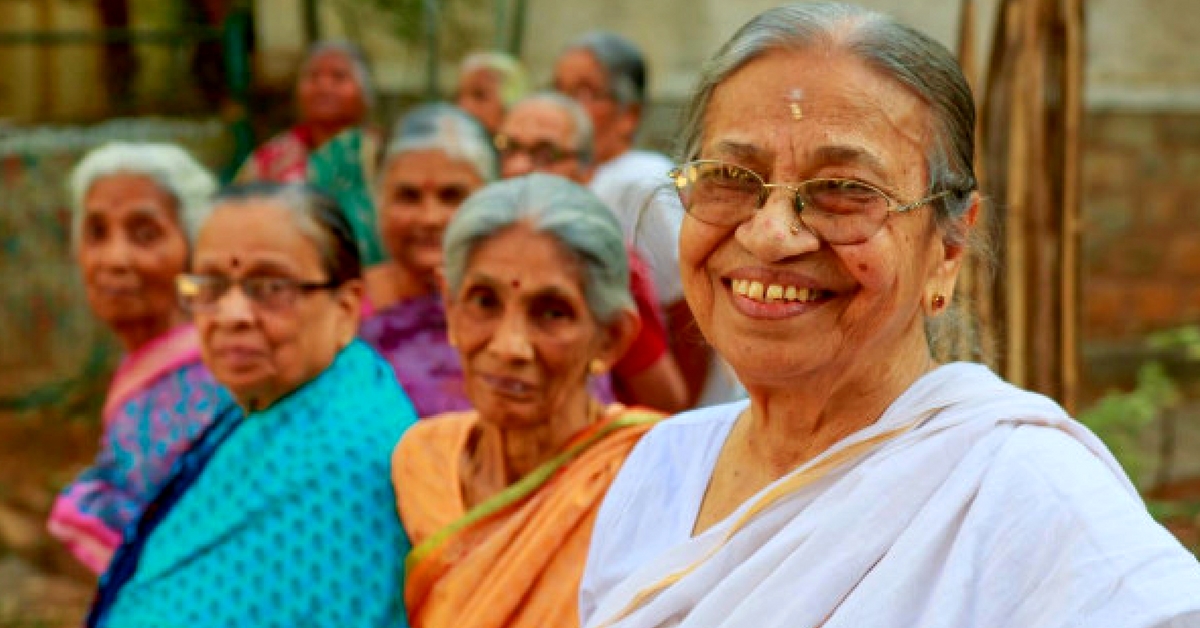 Saroja has one aim-to ensure the happiness of senior citizens who have no one to turn to. Image Courtesy:Milaap.

There are many who don’t have anyone to rely on, during old age.

Old age can be a difficult time for several people, and many of them do not have the luxury of living with their families and need an extra helping hand, since they only rely on themselves to get by.

Recognising the plight of her fellow senior citizens, Saroja Banappa, an 86-year-old, is crowdfunding an old age home and is the founder president and principal trustee of two charitable organisations, Sri Shankari Balaga and Shankari Foundation, respectively.

Personal experience often pushes people to help others, and Saroja is no different. After the death of her son and husband, Saroja was motivated to help society.

In 1995, Saroja set up the ‘Sri Shankari Balaga’ foundation with assistance from 15 women volunteers, to help women and children from the disadvantaged sections of society.

However, that wasn’t all. In association with the Shankari Foundation, she established the Shankari Sandhya Sadhana in Malleshwaram, for the benefit of those aged between 60 and 91.

Speaking to The Times of India, she says, “Many people, particularly women, were searching for a home. They had either been abandoned by their families or had nobody else to turn to.”

Saroja goes on to speak of the progress of her mission. In 2012, the BDA gave them a plot measuring 100X100 in Banashankari, in 2012 in recognition of their efforts.

However, the plan has hit a financial roadblock. The builder has quoted around Rs 4 crore, for construction costs.

Crowdfunding has always managed to help those who need it, and Saroja isn’t shying away from technology. She has been trying to raise funds through public donations and acquaintances and has successfully raised an amount of Rs 13 lakh, through crowdfunding, using the online portal, Milaap.

You may also like:- After Their Families Abandon Them, Meet The Daughter Who Soothes The Aged

The facility in Malleshwaram has very few rooms, and the occupants share space and amenities. The facility in Banashankari will have 26 rooms and separate gender-wise dormitories. Saroja has assistance in the form of helpers and counsellors at her facility, and Shankari Sandhya Sadhana bears the medical costs of the women.