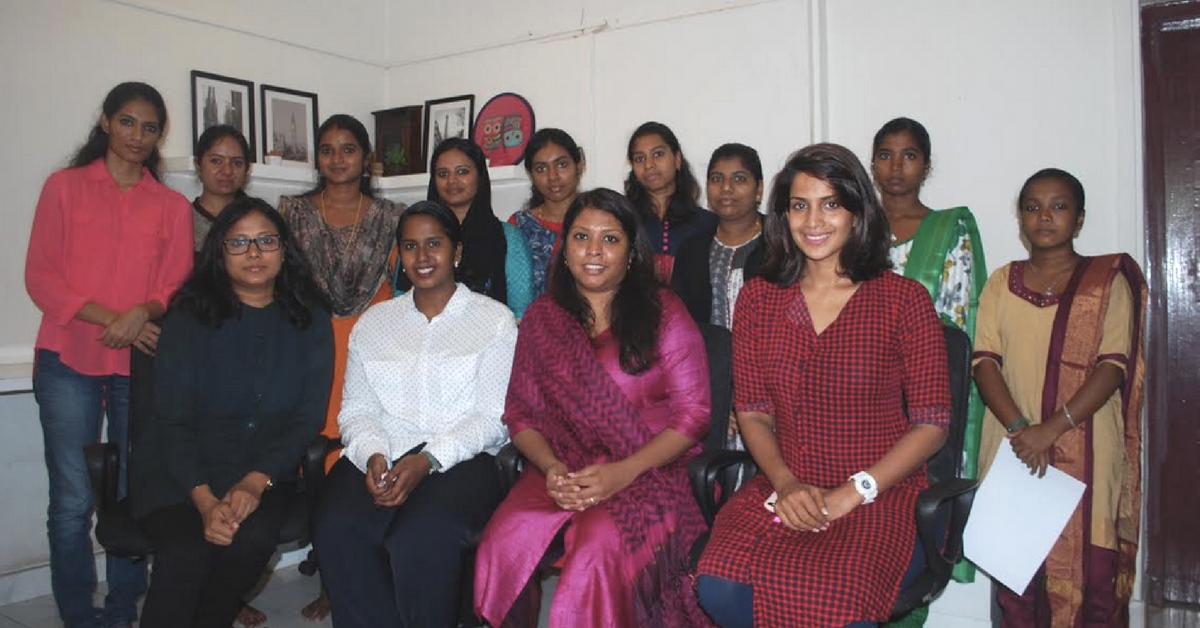 More than providing clothes, the motive behind the initiative had been to drive home the message of being charitable in a socially conscious, responsible and most vitally, dignified manner.

We have all worn clothes that have either been passed down to us from our siblings or close cousins and take particular care to ensure that the clothes are in a good condition before they are handed down.

This tradition is widely practised because, more often than not, people outgrow clothes that they have probably worn once or twice and wouldn’t want to throw them away.

However, when it comes to donating clothes to the lesser-privileged and financially weak communities, why is it that the organisers conducting collection drives, often end up finding old and torn garments that are unfit for use—almost as if such initiatives are a platform where one could get rid of their used clothes?

This was sadly the case when Asha Jomis was collecting clothes to help people affected by the Chennai floods in 2015.

“It was quite pathetic to even acknowledge that some of the clothes dumped at our workspace included torn, dilapidated clothes and used underwear. It has been three years and these are still lying in our office,” says Asha, who is the founder of Women’s Business Incubation Program (WBIP) in Thiruvananthapuram.

During the floods, Asha’s office in Kuravankonam was one of the collection points where people were sending clothes from across the city. Nevertheless, she was left feeling infuriated by the sheer lack of sensitivity.

“Just because someone is underprivileged doesn’t mean that they deserve torn and tattered clothes. It is undignified and disrespectful. Having been part of the Jagruti Yatra in 2012, I was quite aware of the pitiable state people on streets lived in but this incident had been the eye-opener that paved the way for a greater initiative,” she says.

This is how the social entrepreneurial venture of Dress Bank, where one could get brand new clothes that had been stitched to ones fit, for free, came to the fore.

More than providing clothes, the motive behind the initiative had been to drive home the message of being charitable in a socially conscious, responsible and most vitally, dignified manner.

Initially the idea had been limited to accepting new garments from those who were willing to sponsor or donate clothes or even fabrics for the same purpose.

However, Asha unexpectedly received help when Namitha Kiran, who runs her own venture, the Navomi Fashion Boutique, expressed the desire to be part of the initiative. Besides keeping a collection booth in her boutique, Namitha was keen on providing newly stitched clothes for those who could not afford to purchase new ones from garment stores.

The focus was to help women who face financial constraints, and would be unable to afford formal clothes for occasions such as interview calls, the first day at the office, or even college.

The only prerequisite at Navomi Fashion Boutique is that one needs to inform the seamstresses of their requirements about ten days in advance.

Together, Asha and Namitha have taken the initiative a notch above by bringing on board professionals and a stylist, who have volunteered to conduct interview preparatory sessions for women followed by a makeover session, respectively last month.

You may also like: Is Your Old Wedding Dress Collecting Dust? Now It Can Make a Rural Bride’s Dream Come True!

The two-hour session had been a great success. In fact, Asha shares that after the launch of the pilot programme at Navomi, which saw seven college students participating in the proceedings, the news about such a platform started catching fire and many had begun to inquire if they could pay and be a part of these sessions.

“This has indeed been a motivating factor, as the money we have begun to receive is being used to further aid the financial requirements of Dress Bank,” Asha happily adds.

While the novel initiative is enabling womenfolk from underprivileged sections of the society, the funding for the initiative is currently being managed by the facilitators themselves.

“We aim to bring more people to join our cause of helping the needy gain access good quality clothes. They can either contribute money or even better, donate new clothes or even fabric. Just the way Namitha came forward and open the doors of her boutique for the initiative, we hope that boutiques across the city also initiate similar projects,” mentions Asha.

You may also like: How Clothes Collected from Cities Helped Rebuild a Cyclone-Hit Village in the Sunderbans

Through this incredible initiative, these women are determined to sensitise people about the true meaning of charity and change the apathetic notion associated with cloth-collection drives. We salute them for their compassionate gesture and hope that like-minded people join them in their social crusade.

If you wish to know more about Dress Bank, please head to their Facebook page.