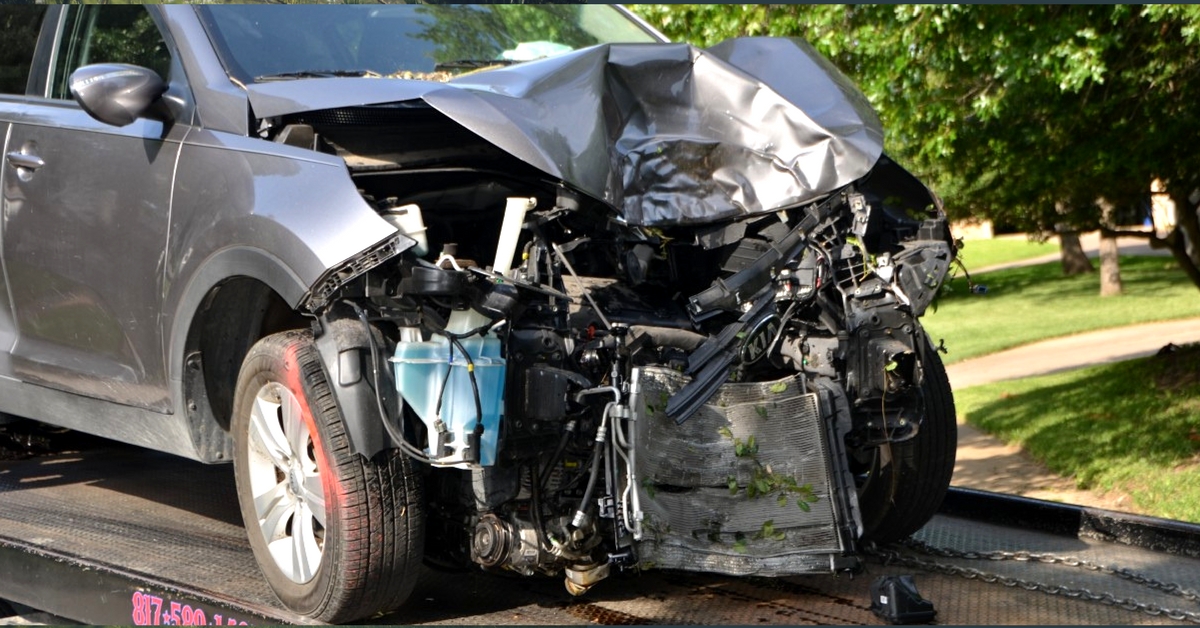 Heavily damaged car being towed away.

Drunk, drowsy or speaking on the mobile? Your car will know and refuse to start!

Drunken-driving is a common cause of road accidents in India. Despite the sincere efforts of the traffic police trying in educating people, the problem persists. However, a cure for this malady may have finally been found!

Almora-based Uttarakhand Residential University and RI Instruments and Innovations India, Haldwani has invented a device which will prevent a driver from starting his car, if drunk, drowsy or speaking on the phone.

The team of researchers which include R.P.Joshi, Akash Pandey, and Kuldeep Patel have developed a prototype which will be based on graphene–a by-product of carbon, generated from waste products and wild grasses. Graphene-coated electrodes can catalyse the process of oxidation of ethyl alcohol into acetic acid.

The person on the driving seat will have to first blow on the graphene sensor to start the device. This will immediately activate the sensor to analyse and estimate the driver’s liquor consumption.

If alcohol is present in a quantity higher than prescribed by the Motor Vehicle Act, the engine of the vehicle will not start. It proves difficult to cheat the device as the infrared feature of the sensor can detect if anyone apart from the driver attempts to blow into the sensor. In this case too, the vehicle will refuse to start.

You may also like: 40 Delhi Bars Collaborate With the Police to Prevent Drunk Driving With Powerful Messages & Videos

The benefits of this device are many. There is an imaging and object module sensor to alert co-passengers if the driver is falling asleep at the steering wheel by analysing his/her eye-movements.

It will also send an alert if the driver is talking on the phone.

In case of an accident, the device which comes installed with GPRS-GPS biometric technologies, will quickly locate the vehicle and proceed to dial 100 to send an SOS to the police within five-ten minutes. Uttarakhand Governor KK Paul has requested the patent cell of Uttarakhand State Council for Science and Technology, Dehradun for a patent. He has also asked the team to modify the device for use in commercial vehicles which are prone to fatal road accidents.

Before the device is used in vehicles, it will have several trial-runs and extensive tests at the International Centre for Automotive Technology in Manesar, SGS Lab in Gurugram and the Automotive Research Association of India in Pune.