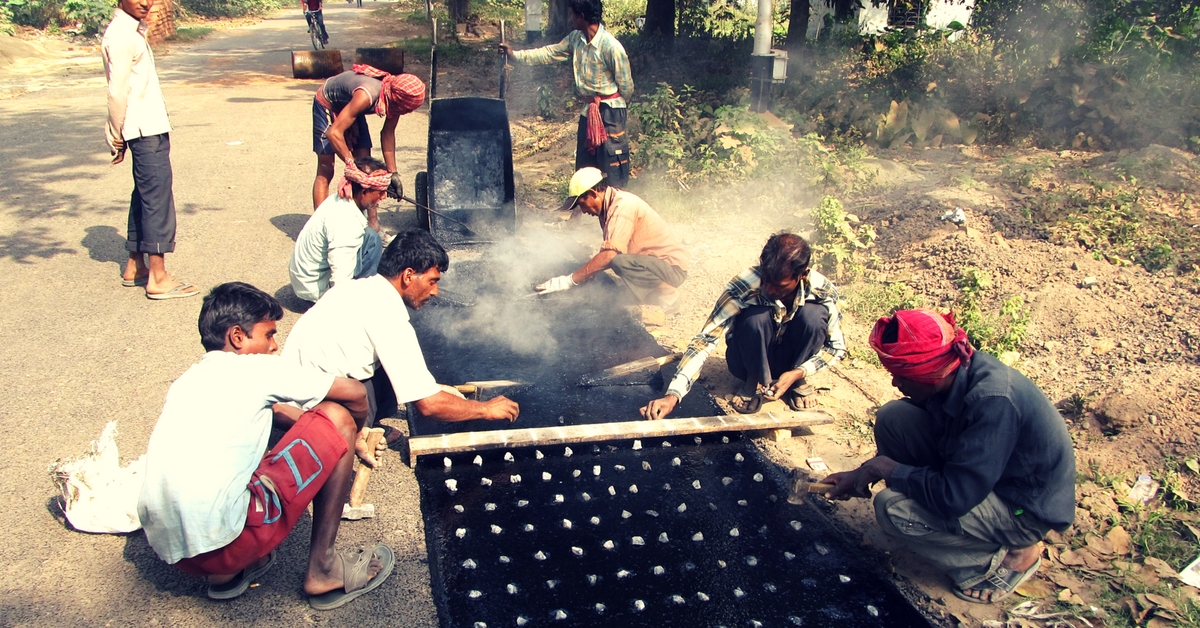 This move could help the state save around Rs 2 lakh per km on road maintenance, which (if do you the math) will save a whopping 20 crore on 1000 kms of road.

As the plastic ban in Maharashtra continues to come down heavily on manufacturers and consumers, one may wonder what the state plans to do with the amount of plastic that will collect in the next few months.

One possible use could be the government’s ambitious plan to re-lay over 10,000 kms of roads using 50,000 tons of plastic waste in the next six years reports the Times of India.

This move could help the state save around Rs 2 lakh per km on road maintenance, which (if do you the math) will save a whopping 20 crore on 1000 kms of road.

How are plastic roads built?

Plastic is added to a hot mix of asphalt or as it is commonly known as ‘tar’ and stone crush. This reduces the use of bitumen which is the liquid binder that holds asphalt together because once the plastic melts it forms an oily coating for road carpeting.

What plastic items are used?

This plastic road can be laid using plastic carry bags, cups, foam material or even laminated plastic. Black bin liners or PVC can also be used in the construction.

What are the benefits of these plastic roads?

Apart from that, these plastic roads also eliminate the possibility of potholes. They are also equipped to support additional load transport as compared to usual roads better. Also, these roads are regularly checked every three months for quality.

At this juncture, it is also important to note that this isn’t the first time the state is attempting a project like this.

In 2016, after receiving instructions from the centre, the state directed road contractors to mix plastic in tar. However, this was only an experiment.

It was at this time that the Central Road Research Institute explained to the state PWD that the strength of the road increased when plastic was mixed with tar. Needless to say, a number of road projects on state highways and areas around the municipal council and corporation have used the method.

Speaking to the Times of India, CP Joshi, PWD secretary, revealed how under this previous project, contractors were allowed to take plastic waste from dump yards in towns within 35- 50 km of the road work sites.

It is important to highlight the instrumental role of women self-help groups in these areas, who helped the contractors extensively in collecting the plastic waste and crushing them.

How this could help Maharashtra

The state generates over 1,000 tons of plastic waste every day. Multiply this by the last many decades. You get the picture.

This move could give thousands of tons of accumulated plastic at overflowing landfills and dump yards, a new life.

With the state-wide plastic ban, this idea could help clear all a large quantity of plastic waste that is being discarded not only in Mumbai but also across Maharashtra.

A road expert who works with the BMC also expressed how the adoption of this method by the urban civic bodies to re-lay roads, could reduce plastic waste from harming the environment.

“We wish the PWD trains all civic bodies in using plastic for re-laying of roads to end the plastic waste problem,” the road expert told TOI.