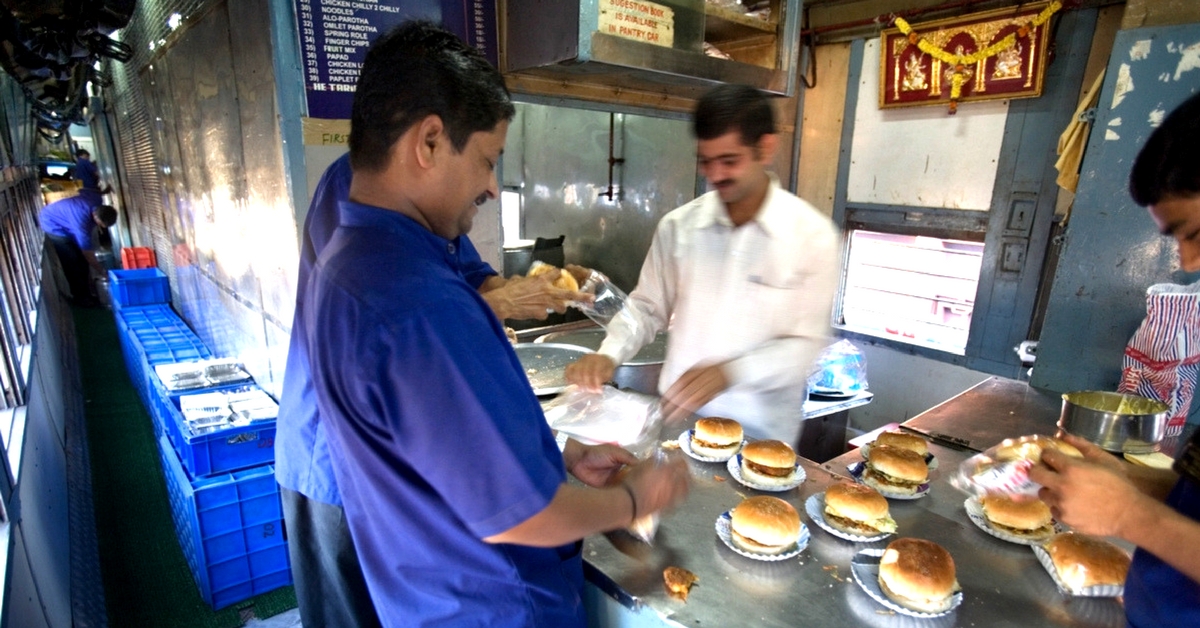 For the Railways, your experience is priority, and IRCTC is taking steps to ensure the same. Representative image only. Image Courtesy: Wikimedia Commons

IRCTC wants to make sure passengers have a smooth journey always.

For the Indian Railways, passenger convenience, safety and comfort have always been a top priority. Which is why their feedback has been very instrumental in bringing about key changes and improvements that make a journey just a little bit smoother.

The Railways introduced POS machines on trains to tackle overcharging by unscrupulous vendors. Read more about that here.

Well, many complained about prices again, which prompted the Ministry of Railways in February to post a video, showing the itemised price list for all items sold on Indian Railways. The national transporter aims to help passengers avail fresh, hygienic and healthy food and beverages at economical prices.

Now, once again, the prices of food and drinks sold in trains have been slashed, due to the Centre reducing the GST on items from 18% to 5%. Additionally, from April 16th, catering charges on premium trains will also be slashed by Rs 40 to around Rs 60 a ticket, depending on which class you choose to travel in.

This change, due to GST, would also reflect in ticket fares for premium trains, which currently charge around 18% GST on catering charges. The GST rate of 18% was detrimental—costs had increased per item, from Rs 5 to Rs 25.

Here are some of the revised rates for food, sold by IRCTC authorised vendors in Express and Superfast trains, which will come into effect from Monday.

The reduction in prices for food items excludes tea, coffee, Rail Neer (bottled water) Standard Breakfast and the Janta Meal—that come under the control segment of the IRCTC. Their prices remain unchanged, as they do not come under the GST ambit.

However, for the Janta Meal, which has seven pooris, potato dry curry and pickle, you need to pay Rs 15 at stations, and Rs 20 inside trains.

In addition to bringing down food prices, the IRCTC is also focusing on improving catering services. The Catering Policy of 2017, mandates the IRCTC to distinguish clearly between food preparation and food distribution on trains.

Regular and surprise inspections are conducted by Food Safety Officers, Designated Officers and Joint Food Safety Commissioners. Other authorities also pitch in when it comes to quality control. The vendors who fail to comply with quality norms get fined.

You may also like:Around Rs 720 Crore Will Be Saved by the Indian Railways Thanks to This Fantastic Step

Normally, one would assume that there will be a reduction in quality, due to falling costs, but the Indian Railways never fails to surprise. Now, not only will you get healthier, safer, and better food, but it will also cost you a lot less than it used to!