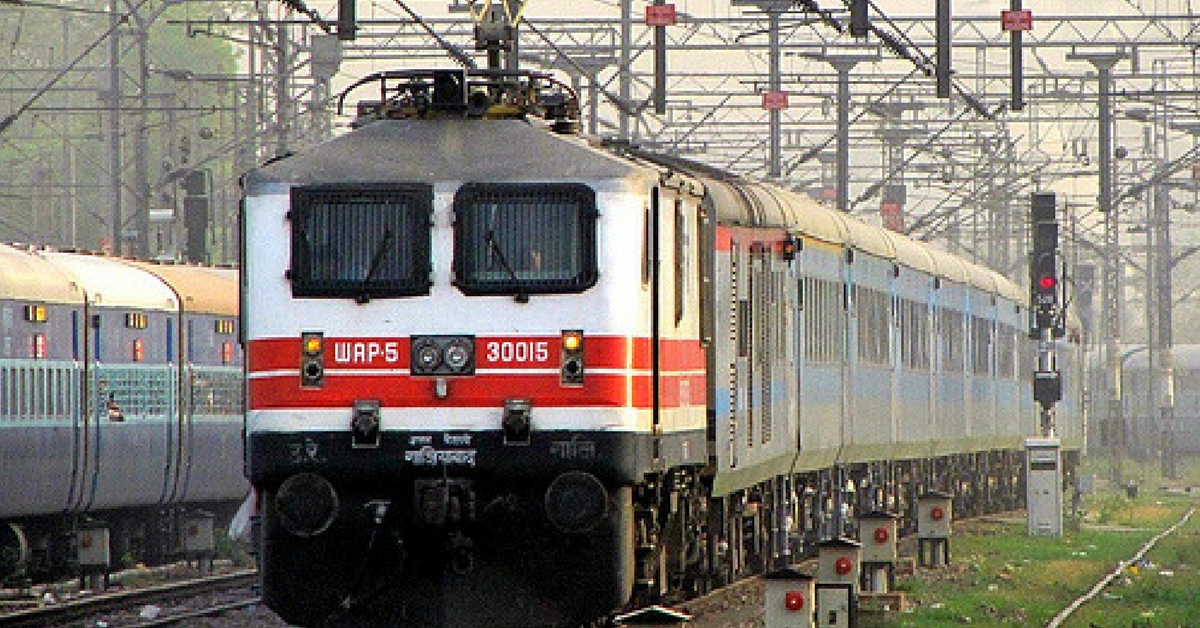 The Indian Railways is setting a benchmark in sustainability and going green. Representative image only. Image Courtesy Wikimedia Commons

The Railways is looking to expand operations, and is increasing manufacturing capacity.

The Indian Railways is on a mission—to increase the number of trains it has running.

The Chittaranjan Locomotive Works (CLW) and the Integral Coach Factory (ICF) are one of the many pillars of the national transporter and are working overtime to achieve this aim, and make sure that its needs are met.

Just 5 minutes before 11 p.m., on the last day of the 2017-2018 financial year, a spanking new electric locomotive rolled out of the CLW.

The 350th locomotive to be built by the nation’s best rail locomotive manufacturer, it was flagged off by Ghanshyam Singh, member (traction), Railway Board.

A Railway official, in the Times of India, revealed that the scramble towards electrification was the reason for the locomotive manufacturing boom and that this move will help the national transporter save fuel costs.

He also added that more advanced electric locomotives will be designed, developed and manufactured, and the CLW is all set to make 9,000 HP locomotives, capable of reaching speeds of around 200 kmph.

The coaches are right behind the locomotives. The ICF surpassed its production target this year as well, manufacturing around 2,503 coaches. The General Manager of the ICF, Sri Mani, flagged off the 2,500th coach made of stainless steel, with a seating capacity of 102 persons.

Officials at the ICF told The Hindu that on an average, manufacturing a coach takes around 20 days. The coaches have a 40-year lifespan and do not corrode easily.

You may also like:- Railways Just Put a Key Power in Your Hands. Use It to Make Trains Cleaner!

The ICF is also making multiple electric units for Chennai, Mumbai, and Delhi, and Diesel Electric Multiple Unit Coaches for the Kolkata Metro as well.