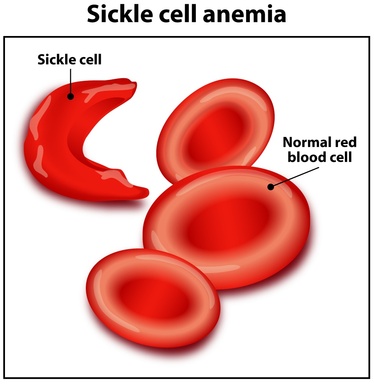 The diagnostic kit developed by a team from IIT Bombay will enable quick and easy detection of sickle cell anemia at rural and remote locations where advanced diagnostic technologies are not available. The kit is affordable, portable and can be operated even by relatively untrained medical practitioners. Read more to find out how it works.

Three young minds – Debjani Paul, Ninad Mehendale and Ammar Jagirdar from the Indian Institute of Technology, Powai are all set to revolutionize the use of mobile phones by developing a low-cost and portable lab-on-a-chip diagnostic kit that could detect sickle cell anemia. This affordable kit can be used even by relatively untrained health workers.

The kit will consist of a microfluidic chip combined with a mobile phone-based diagnosis platform which could be used effectively in areas where there is no access to advanced diagnostic equipment.

“About five per cent of the children affected by sickle cell anaemia die before they reach the age of two. Currently, the disease is detected in clinical settings by expensive techniques,” says Paul.

There has been no cure found for the disease, but a treatment could help reduce the complications that arise due to crescent-shaped red blood cells that block the blood flow through vessels. The tiny channels in the chip will trap blood samples in such a way that the sickle shaped blood cell is preserved for the next step. The chip is disposable which reduces the chances of transmission of blood from one infected person to another.

“The patient will add a drop of blood, to a plastic microfluidic chip that is pre-loaded with reagents required to detect sickle cell anemia. The reacted blood will then flow to a detection zone within the chip where the red blood cells will be imaged by a mobile phone camera,” Paul said.

Paul and her team is planning to develop the kit in the next 18 months. The project was funded through a collaboration of the Bill and Melinda Gates Foundation with the Indian government’s Biotechnology Industry Research Assistance Council (BIRAC). The grant was selected through India’s IKP Knowledge Park and their IKP-GCE program.

We welcome this radical innovation which also harnesses the increasing use of mobile phones for a greater good.