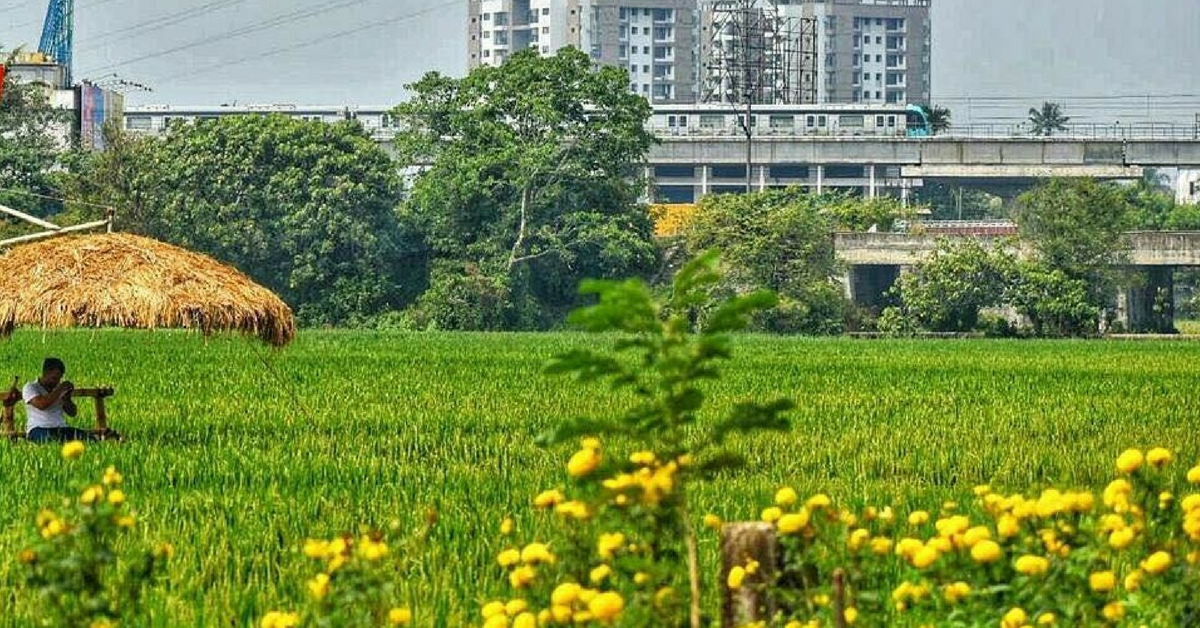 When a group of villagers decided they were tired of seeing their village land go to waste, they decided to restore it to its former glory!

In Choornikkara, a small village in Kerala, a group of young people decided that it was time to change the state of the deteriorating land around their area.

Both sides of the village road, which used to be a thriving farmland years ago, had fallen into disrepair when many of the villagers began to pursue other sources of income. Lush paddy fields turned into a wasteland which was used to dump garbage, and groundwater reserves began to deplete rapidly.

Fed up of having to hold their noses every time they passed the river, they approached the panchayat with the objective of reviving the land for agriculture.

The project was approved, but the process itself proved to be a monumental challenge since the land had been destroyed to the point that cultivation was near impossible. The team worked together, day and night, to clear the waste from the area, with the assistance of the Krishi Bhavan and the village panchayat. Adayalam was introduced to Atma, an initiative by the Kerala government, which provides aid for agriculture, and it was this organisation which provided subsidies for the project.

You may also like: How a Village Library Group Revived the Birthplace of Malayalam

Even then, according to a report by the Business Line, it was difficult to convince owners to donate land. They managed to scrape together 15 acres, and slowly but surely, the dumpyard turned into a paddy field for the new generation farmers!

Within the first year, the farmers harvested 50 tonnes of rice, which they sold for Rs 35 per kilogram. It was a resounding success, and the group aimed for higher achievements convinced that they could transform another 17 acres. After seeing the work that Adayalam had completed, owners of the nearby lands were convinced and handed it over for farm cultivation without even blinking an eye.

But what makes this complete land makeover so special?

The group, along with agriculture officer, John Sherry, adapted new techniques such as ecological engineering while farming. Marigolds were planted along the edge of the land, which would attract the enemies of the pests which tended to damage the crops. This way, the pests would never enter the fields, and this ensured maximum harvest!

In a conversation with the Business Line, John Sherry said, “Not many have explored this kind of a technique but I wanted to experiment with it here, and it is a success.”

What started as an initiative by a few concerned villagers became a movement, proving that with the right technology, support, and efforts, even a dumpyard can be transformed into fertile land, perfect for cultivation. Above all, it has given the farmers of Choornikkara a livelihood, restored groundwater levels, and improved water quality!

In the long run, this method of farming has the potential to completely revive the land of several villages in the vicinity.

Today, if one travels to Choornikkara, they will be greeted by the breathtaking sight of paddy fields as far as the eye can see, and these are a living tribute to the villagers who fought to make their beloved home a space where anyone would be happy to live.