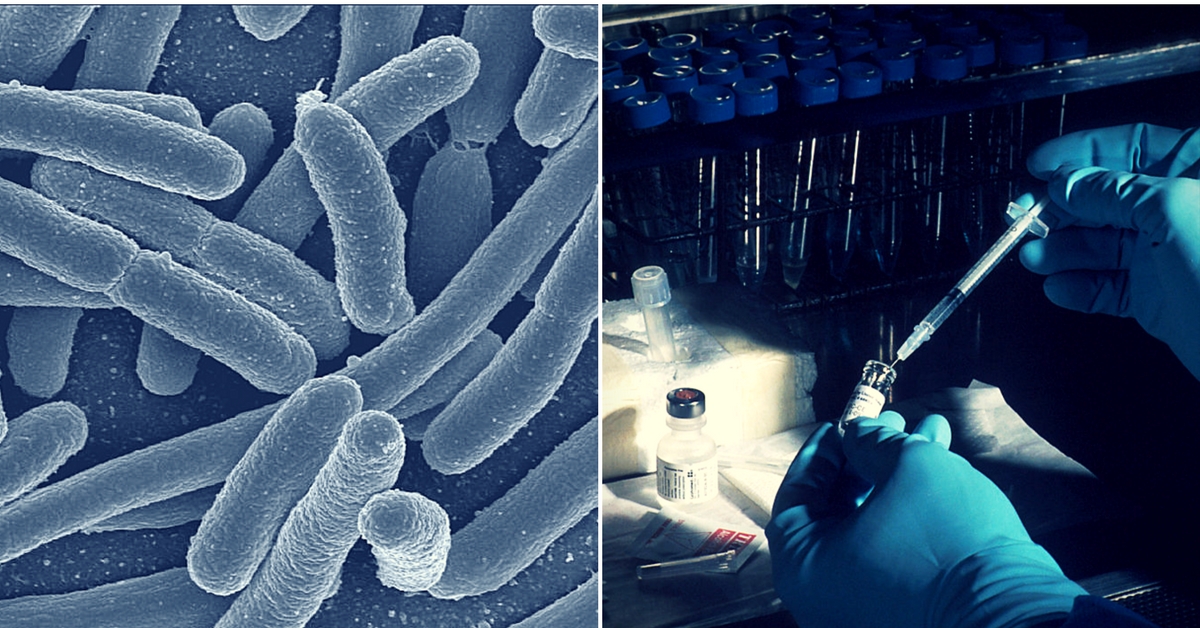 Typhoid is caused by Salmonella enterica serotype Typhi bacteria and spreads mostly through contaminated water. In severe cases, it can be life-threatening, and in others, it can cause long-lasting intestinal problems.

Typhoid’s statistics in India, are ambiguous. According to a report in 2013, the mortality rate was 6.1 cases for every 1,00,000 people. This number, however, puts India fourth on the list of countries affected by typhoid deaths.

There is some good news, though. India has produced a vaccine which can be administered to children as young as six months, unlike previous typhoid vaccines that could only be given to children who were two years old and above.

Hyderabad-based Bharat Biotech, prequalified by the WHO in December 2017, has created the Typbar TCV, or the typhoid conjugate vaccine against typhoid fever, which is the first typhoid vaccine, clinically proven to be administered to children from six months of age to adulthood, which confers long-term protection against typhoid fever.

Clinical trials were carried out in India, after which human trials were conducted in Oxford—a rare feat for an Indian company claims Dr Krishna Ella, the founder and MD of Bharat Biotech.

The doctor and his team have been toiling since 2001, trying to develop a vaccine that would help people aged 6 months to 65 years. According to Dr Ella in News 18, a conjugate vaccine “crosslinks” the sugar and the protein, successfully fooling a baby’s body into producing antibodies that will give it almost lifelong immunity.

During the trials, around 10,000 babies were tested in India. Then, volunteers in Oxford drank a high concentration of the bacteria, almost one million bacteria (parts per million) in a flask of water. The human challenge, funded by the Bill and Melinda Gates Foundation, took place due to Ella’s need to prove that the vaccine worked.

The vaccine scored an 87% efficacy score in this challenge, as published in The Lancet, one of the world’s oldest and best known general medical journals, and has been recommended by the WHO’s Strategic Advisory Group of Experts on Immunization (WHO-SAGE).

The price for one dose is Rs 1500, and the Indian government is yet to acquire the vaccine from Bharat Biotech. Speaking to News 18, Pradeep Halder of the Union Health Ministry, said that typhoid is not a pan Indian threat and while it crops up in hot spots, the surveillance data is inconclusive.

Dr Ella, is of a different opinion, however, and he says that India, Pakistan and Bangladesh have the highest typhoid burden and a mounting antibiotic resistance problem.

You may also like: What If the World Treated Typhoid the Way It Treats Depression? This AIB Video Will Make You Think

The vaccine has caught the eye of GAVI—the international vaccine alliance, which has earmarked $85 million to acquire the vaccine and make it available in GAVI-supported countries.

Created by an Indian firm, and backed by international bodies, this vaccine, tested thanks to the bravery of medical residents who swallowed live bacteria to prove its effectiveness, is helping the global fight against typhoid.