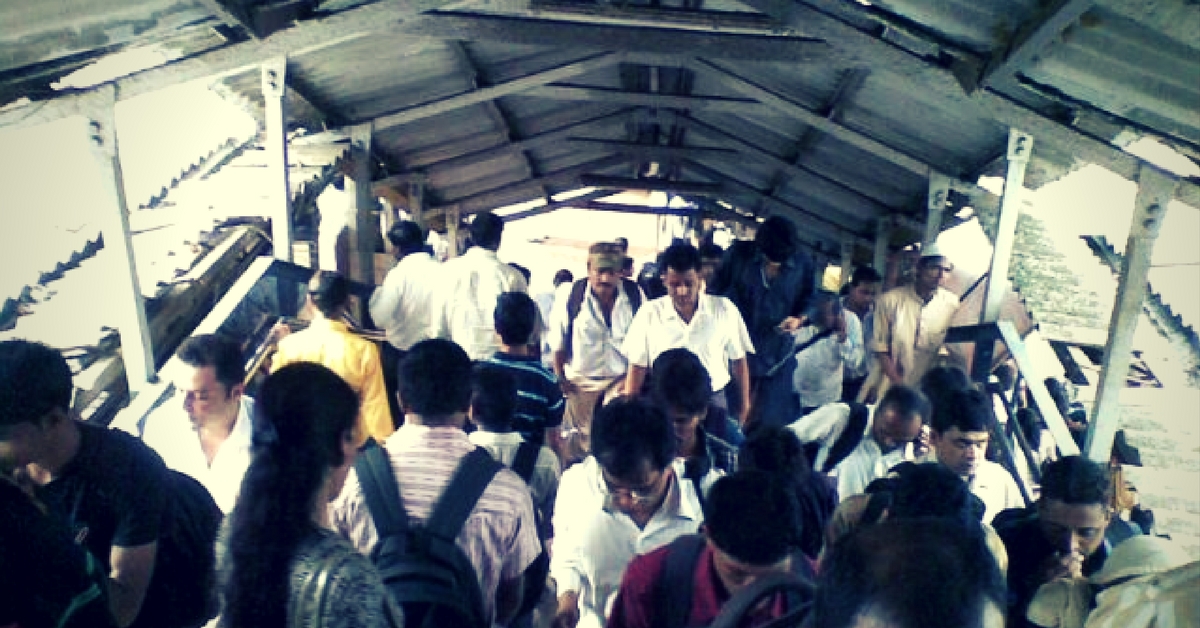 Landing closer to compartments reserved for women, the Churchgate-facing staircase, which connects platforms 8 and 9 to the south foot-over-bridge, has been picked.

Following the Elphinstone road stampede, the Western Railway authorities have implemented a new strategy at Andheri Station in Mumbai that will offer a respite for scores of women commuters.

In a first, a staircase has been reserved for women commuters of the city’s suburban railway network during the rush hours in the station as part of an experiment, reports Times of India.

Landing closer to compartments reserved for women, the Churchgate-facing staircase, which connects platforms 8 and 9 to the south foot-over-bridge (FOB), has been picked. The Virar-facing staircase, however, continues to remain open to all.

According to a senior Western Railway official, the platform connected to the south FOB, which is quite narrow, has most locals transiting between Andheri to Virar.

“While the FOB is hardly two metres wide, the staircase barely stretches to a metre. We had to take this step as there is a stampede-like situation. Many commuters wait for these two trains instead of going to other platforms to board Virar fast trains coming overcrowded from Churchgate and Bandra,” he told TOI.

He also explained that the only solution was to segregate male and female passengers using the platform. A team of 10-15 constables have been deployed on the FOB to stop men from using the staircase reserved for women during the stipulated period.

The women commuters have welcomed the much-needed initiative. “It is a huge relief as women find it difficult to navigate through crowded spaces,” Shruti Shah, one of the commuters said.

According to railway officials, a more extended timeframe has been allocated for the evening as they have noticed that a greater commuter influx during the evening than in the morning.

“During the evening peak hours, the crowd coming from Virar to Andheri (the non-peak route) is also substantial as many prefer to switch to the Metro network. So we have sizeable crowds coming up as well as going down the staircase simultaneously,” one of them explained.