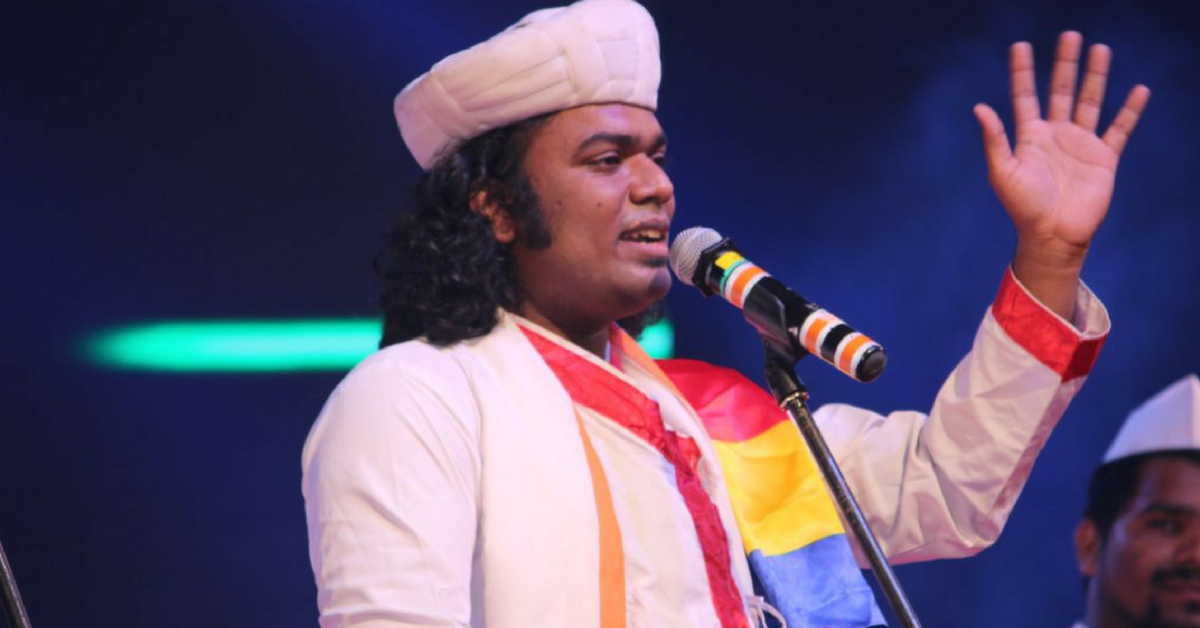 A band that believes in ‘Entertainment to Enlightenment’.

Any performing art has the ability to transform lives and influence thinking.

Kabeer Shakya, the founder of India’s first Buddhist rock band Dhamma Wings, has done just that; using the medium of music to bring about positive change in thinking.

Having been brought up in a household that practised Buddhism, the tenets of Gautam Buddha and B.R. Ambedkar came naturally to this young man.

Speaking to The Better India, he says, “I grew up on these philosophies, and hence it had a huge influence on my thinking.”

Armed with a degree in computer science, Kabeer, then all of 21 years of age, spent time in a monastery in Bodh Gaya to further learn the principles of Buddhism.

“In our community, every kid has to live the life of a monk for a few days,” Kabeer says.

“It was here that I thought of making these teachings more accessible. The best way I knew was to weave it into music. I call it ‘Entertainment to Enlightenment’,” he says. Kabeer was a guitarist during his college days, and he knew that his skills were appreciated.

He takes inspiration from something that Ambedkar had once said, ‘I could address many gatherings and give lectures. It still doesn’t have the power that music and the arts does.’

Kabeer quotes this and says he truly believes in the power that music has. However, having said that building the band and getting it to this level has been an uphill task for Kabeer.

While Dhamma Wings is a music band in the conventional sense of the word, they aim to bring about a change in mindset through music.

Kabeer says, “We don’t write to entertain over drinks and eats. Our songs are to educate those who are stuck like elephants in mud pits. We want to tell them, wake up and grow. That’s why you’ll find us singing in slums, far flung villages like the one in Yavatmal where a lone home had a television set.”

He says, “Today there is far more acceptance and understanding about what we do than when I began this journey. Initially, I used to take my guitar and go off to the slums to play music for people there. That got me no support. Acceptance came in very gradually. The music started growing on people.”

While the younger generation can find a connect with the music that this band makes, some of those from the previous generation continue to look at it sceptically.

“Very often the older generation is unable to understand why we are using the teachings of Buddha and Ambedkar in rock music. However, we are sure of the path we have chosen to tread on and shall continue,” he says with confidence.

When asked about what change he wishes his music to bring about, he says, “I intend to spread the message of equality. Even after 70 years of Independence, Dalits are discriminated in India, which should stop.”

“The message in all my songs is- Enough now, end this disease called caste system,” says Kabeer.

We at The Better India wish Dhamma Wings much success.