This Body Building Couple Is Touring the World and Acing Competitions! 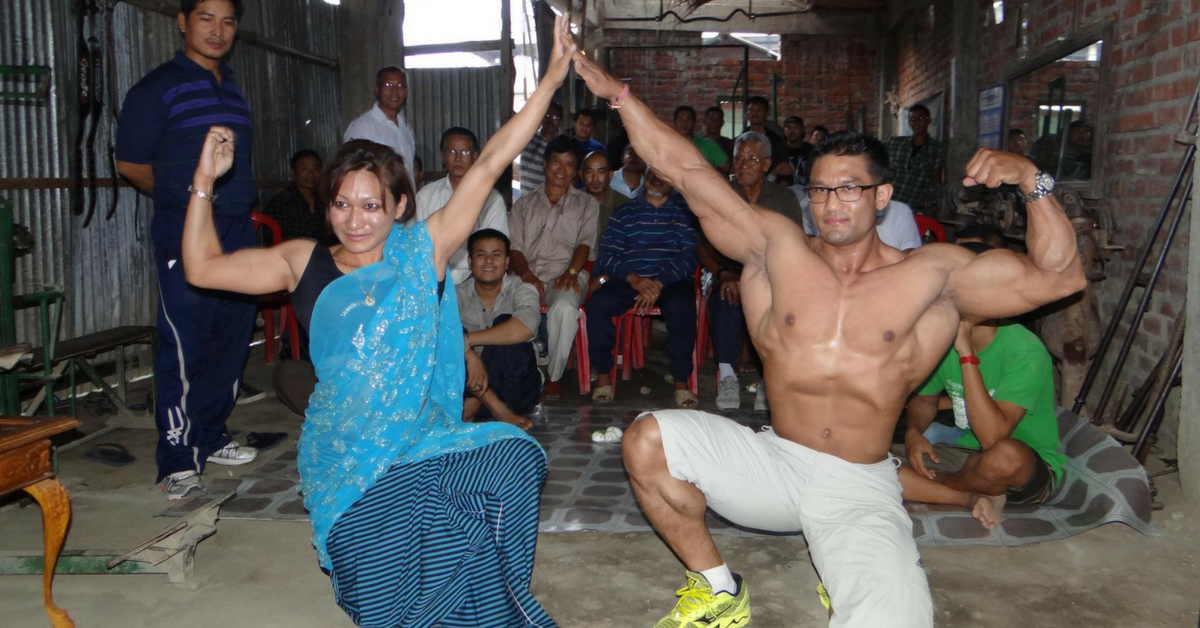 Bodybuilding requires a very rigorous regime, and one also has to follow a rigorous diet. Those who remember Mamota from before she started body-building speak of how dainty she was.

Mamota Devi Yumnam and Borun Yumnam, a couple that hails from Manipur is giving us all major relationship goals. A mother to three, Mamota Devi is also the proud recipient of several medals for bodybuilding. She is, in fact, the first Indian woman to win medals at international body building events.

Borun is also a professional bodybuilder and has bagged the Mr India and Mr Asia titles.

Born in Imphal, Mamota now resides in New Delhi where she manages a gymnasium and trains with her husband. She began her training in the year 2011. The couple started working out together, and soon fitness became a shared passion.

Bodybuilding requires a very rigorous regime, and one also has to follow a rigorous diet. Those who remember Mamota from before she started body-building speak of how dainty she was. As she started to gain muscle mass, she began looking masculine and for a very long time that made her a very private person.

The courage to accept the changes and meet people came in slowly. She now describes herself as a woman of steel. Being in a profession that is male-dominated has been tough for Mamota, but she has proved that where there is a will, there is a way.

Through this journey of hers, Mamota wishes to break barriers and prove that women are equal to men in all aspects.

Mamota is also the first Indian woman to win in the body building circuit. She bagged bronze in the below 52kg category at the 46th Mr Asia for Men & Women, in Tashkent, Uzbekistan.

With inputs from Kangla Online.