How World-Renowned Sand Artist Sudarsan Pattnaik Is Fighting to Save Puri’s Beaches, His Canvas 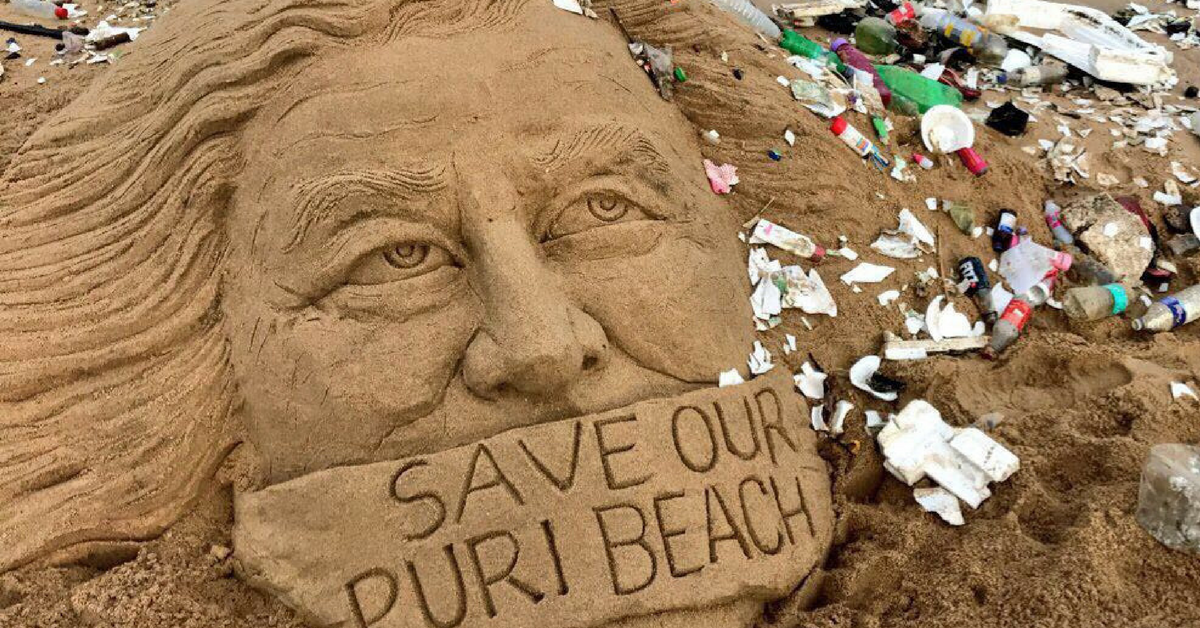 How far would you go to bring about a positive change to something that you are passionate about?

Renowned international sand artist Sudarsan Pattnaik has set over 20 Limca records, a Guinness world record, and has been conferred a Padma Shri from the Government of India.

“The sewage treatment plant that processes Puri’s sewage is defunct and even the solid waste matter like plastics are not filtered anymore. This has caused unprocessed sewage and solid waste to be let out directly into the sea, and it is now washing up on the beach. The cleaning of the beach requires huge manpower and machinery. As the administration did not wake up, I was forced to take up the issue,” he says.

Speaking about the beach, he says, “This is my lifeline. To see such gross negligence towards it has pained me and pushed me to sit on this dharna.”

“I never intended to resort to this method but despite several attempts to reach the authorities and failing, I decided to adopt it.”

However, Sudarsan has been asked by many of his followers why he did not get down to doing something on his own and why he was waiting for the government to act.

“I could very well get the help of some NGOs and clean up the beach but that will only be a stop gap solution to the problem. The need of the hour is to ensure that a proper functional sewage treatment plant is established in the area, which will help in arresting the problem.”

Sudarsan has been creating sculptures of social relevance on the same beach for more than two decades now. He mentioned how even historically as early as the 16th century, Balaram Das, one of the most well-known poets of Odisha, resorted to using sand art to convey his message to Lord Jagannath. According to popular belief, Balaram Das wanted to climb Lord Jagannath’s chariot to pay homage to him, but he was not allowed to do so. He went to the sea beach and started carving the images of Lord Jagannath, Devi Subhadra and Lord Balabhadra out of sand. He then prayed to this image of Lord Jagannath. It is said that his devotion was so strong that the statues of the deities were later seen on the beach where Balaram Das offered his prayers and not on the chariot.

Speaking about his childhood and his years growing up in Puri, he says, “I belonged to a very poor background. I struggled a lot in my younger days, I started working even as a child and used to work in a neighbour’s house.”

“Whatever I am today I owe it to the banks of Puri. My art is my tool to bring about a change in society.”

Sudarsan wishes to continue making art an effective tool to put his point across to his audiences in India and overseas. While the art form that Sudarsan practices is temporary in nature, the impact of it stays with you for a long time to come. “My intent is not to just make beautiful sculptures but to bring out meaning and a change with my work.”