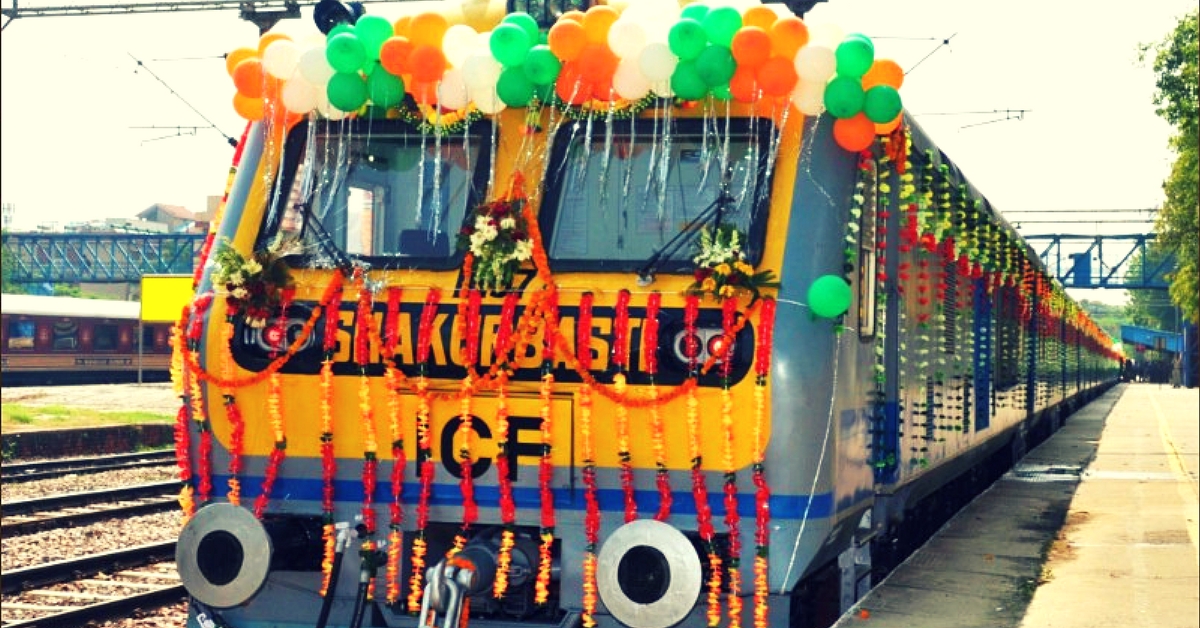 After the success of its all new venture, the Railways are looking forward to developing the solar powered train grid in all mail and express trains.

In line with his vision to use renewable energy, Railway Minister Suresh Prabhu called the newly unveiled solar-powered train a “path-breaking” leap towards making trains “greener and more environment friendly”.

Here’s everything you need to know:

Read more: Rajdhani & Shatabdi Trains to Get a Massive Makeover Under Operation Swarn. Get the Details Here!

The train built at Integral Coach Factory in Chennai, has a lifespan of 25 years similar to the life span of its installed solar panels. The solar panels will be monitored on a regular basis.

With the launch of this successful solar venture, the railways are looking forward to developing the solar powered train grid in all mail and express trains. They are looking for alternatives to convert solar energy into liquid fuel too.