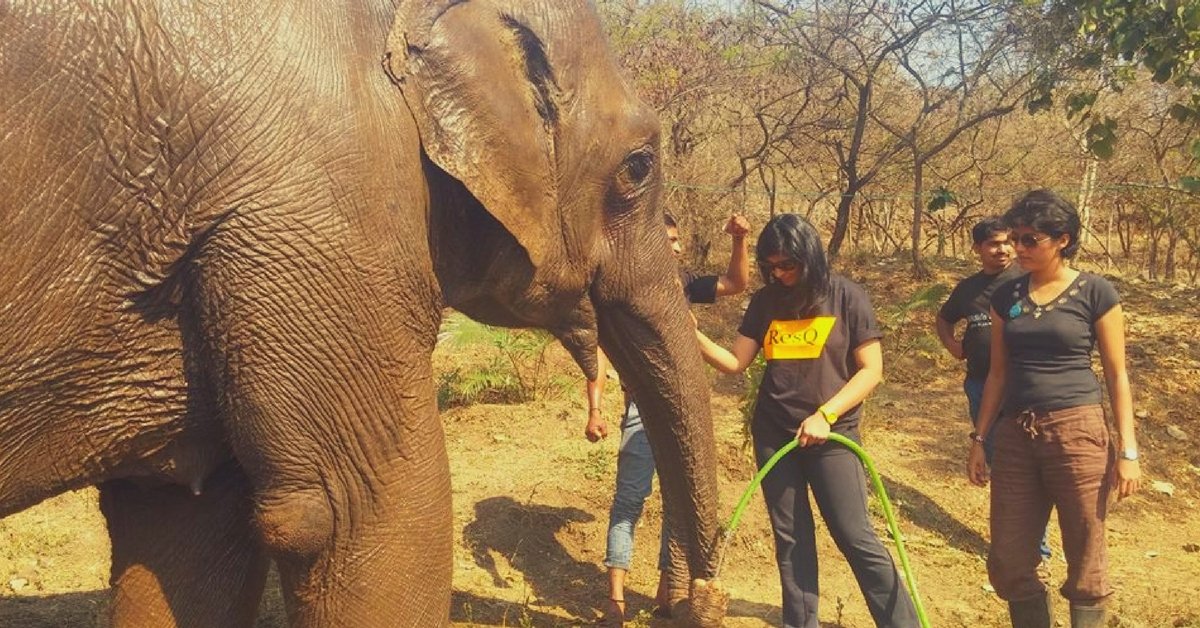 ResQ Charitable Trust in Pune rescues and treats injured and sick animals and birds, including dogs, cats, rabbits, pigs, elephants, cows and monkeys from across the city.

Neha Panchamiya has always been an animal lover. Originally from Mumbai, she’d volunteer for animal rescue organisations in the city and call helplines whenever she’d come across an injured or sick animal on the streets.

When she moved to Pune after completing her Masters in Medical Science from the UK, the thing that struck her the most was that there was no animal rescue organisation that could take in and treat injured animals for emergency care. The organisations that were working in different areas of animal welfare had their hands full.

So, she decided to start one. ResQ Charitable Trust started small.

To get an idea about the treatment of animals and learn the basic first aid, Neha got trained under a veterinarian. Initially, ResQ co-founder Neha would herself attend to emergency calls and rescue animals in distress. Slowly, she found more like-minded animal lovers and her initiative grew into an organisation.

Since its inception in 2007, the organisation has provided treatment for 40,000 animals. Today, ResQ attends to over 500 animals every month including abandoned and injured street dogs, cats, cows, buffaloes, donkeys, horses, pigs and even elephants. The organisation has a well-equipped facility with four vets, a team of around 25 team members and many more volunteers. It operates 2 onsite ambulances with a vet on board and one release vehicle.

Also read: Heartwarming Highlights: 12 Times India Came Together to Help its Animals in 2016

Aside from rescuing and treating injured animals from the streets, ResQ also aids the process of adoption and has a halfway home for paralysed or animals with special needs. Recently, the organisation was involved in a rescue and rehabilitation of over 21 beagles that were being held captive at a drug-testing laboratory.

“See, the idea is that animals and humans should be able to coexist in harmony. I understand if someone doesn’t like animals- sometimes we don’t even like humans! However, I cannot tolerate cruelty towards animals. Animals are a part of our environment and we need to learn how to coexist with them,” says Neha.

ResQ’s work is based on the understanding that if an animal is injured or sick, it is more likely to spread diseases or react violently under stress and for defence. Which is why treating injured and sick animals is extremely important. “Instead of having 10 unneutered and unhealthy dogs in your locality, it is much better to have 25 neutered, vaccinated and healthy animals. Ensuring that the street animals are healthy and vaccinated is theway to reducehuman-animal conflict in the city,” says Neha.

Through ResQ, regular anti-rabies vaccination drives are conducted to ensure safety, reduce number of deaths of people, and also as a means to change people’s perspective towards street animals.ResQ’s comprehensive animal adoption programme runs on the principle that when one animal finds a home, it is one animal off the streets. Through the programme, ResQ has successfully found homes for more than 2,000 animals so far.

“We used to operate a helpline, which we have shut temporarily, since we were getting over 100+ calls every day and amidst those, some real emergencies would get missed. Now we operate a webline and receive over 50 reports daily. We intend to open up the helpline again once we have the funds to hire a helpdesk operator,” she says.

Even after having recued thousands of animals, Neha regrets the fact that there are many more on the streets that the organisation cannot attend to. According to Neha, at least 50 to 60 injured or sick animals get reported to ResQ on a daily basis. While the organisation prioritises emergency cases over non-emergency ones and tries to attend to as many animals as possible, there’s always a shortage of manpower, equipment and space.

“We have also rehabilitated ninerescued elephants in the last few years ata Transit Facility. Wildlife emergencies are given emergency first aid by qualified veterinarians and are redirected to the local Wildlife Animal Orphanage or the Forest Department. Another repercussion of the recent events is that we come across many cows and bulls that have been abandoned by their owners because they have aged and cannot be sent to slaughter houses. There’s no place where these abandoned animals can go and they end up living on the streets, scavenging the garbage cans for food,” says Neha, recalling a recent case where the vet at ResQ removed over 40 kg of plastic from a bull’s stomach.

Known for its proactive approach, the organisation has built a vast network of volunteers through the years.

ResQ ensures that every volunteer gets hands-on training and is accountable for his or her responsibilities. In Neha’s words, “It doesn’t matter how much time you spend at ResQ. But at the end of it, you should be able to feel that you made a difference to an animal’s life and that the experience made a difference to your life.”