30,000 Farmers Are Ditching Middlemen & Selling Their Produce Online. Thanks to These 2 Brothers 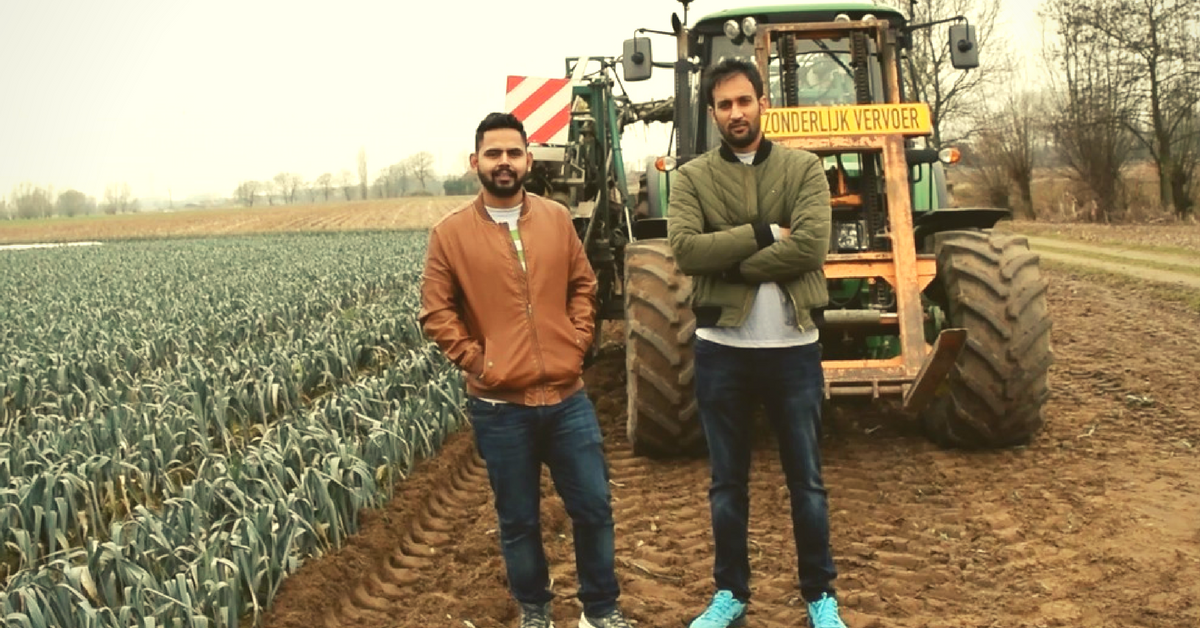 Pawiter and Harjap came up with a one-stop solution for farmers and called it Farmer Friend.

“If you had a great meal today, thank a farmer”

What if you could actually meet and thank the farmer who grows your food? It’s possible, thanks to two enterprising brothers.

Subedar Major Balkar Singh Sandhu served in the army for 32 years, before retiring in 2008. Once he was relieved from his services, he came back to Amritsar and started farming in his ancestral land.

His family had been traditionally occupied in agriculture, and as a farmer’s son he always wanted to return to his roots.

Owning 40 acres of land, the Singh family was well off. However, Balkar Singh noticed small farmers in the area being cheated by middlemen. Some farming families had been unable to repay loans over three generations and few even committed suicide. Balkar Singh started campaigning for farmers’ rights and was elected as the regional head of Kisan Sangharsh Committee for Amritsar and Tarn Taran districts.

His son Pawiter Pal Sing, a qualified software engineer, worked abroad and later joined the family business of restaurants and in Belgium and Netherland. He would often hear of his father’s experiences from his mother and being brought up in a farming family, was well-aware of the pros and cons of agriculture in India

The turning point came one day in 2014 when Pawiter heard that at a protest led by his father, a farmer had died sitting on the railway tracks for three days in a row.

“There was no use of asking (my father) to come back. We knew that he was going to fight for this cause no matter what,” says Pawiter.

Hearing the plight of the farmers and hoping to join his father, Pawiter decided to move back to India. His cousin Harjap Singh, who had been farming for almost six years before moving abroad, decided to join him too. For the next 1.5 years the duo travelled across India to understand the problems faced by farmers and the causes. They came to the conclusion that there are two main reasons for the woes of farmers. One, they cannot decide the price of their own product as they have no direct contact with consumers. Two, they have to sell their crops to middlemen/agents due to lack of storage space.

Envisioning a solution for these challenges, Pawiter and Harjap came up with a one-stop solution for farmers which they christened Farmer Friend.

“It’s time now that farmers pick up weighing scale along with the sickle and decide their own price to sell,” says Harjap

The brothers made a strong team of 20 people who went to small villages and spoke to the Panchayat about their plan to connect farmers directly with the consumers. Once the Panchayat was convinced, they would make an announcement for farmers to register themselves for the initiative. Harjap and Pawiter also built two Kisan Sewa Kendra in Haryana and Punjab, an assistance centre for farmers to sign up or seek solutions to their queries. In a span of two years, Farmer Friend had close to 30,000 farmers registered with them.

Confident with their network, Pawiter and Harjap launched their official website in August 2016 to connect farmer directly with customers.

This is a win-win situation for both parties; the farmer does not sell anything that can harm his customer, while consumer gets the products at cheaper prices. Moreover, the farmer gets a fair price and retains a sense of ownership, now as he can decide the price of his crops.

According to Pawiter, waiving off loans and offering facilities like free soil testing facility isn’t enough to solve the problems of farmers.

He says, “They are ready to work hard and repay their loans, all they need is a fair price for their produce. Why is a farmer getting poor day by day while the products produced by him are getting costlier in the market? Why is it so difficult to understand that it’s high time that we need to eradicate the middle men who are responsible for this unfair difference?”

Farmer Friend now operates in more than 20 cities across India.

To be a friend of the farmer, all you have to do is log on to the website and find a farmer near your location. Their name and contact information is listed so you can contact them for your requirements. The delivery is also done by the farmers once they have enough orders. So you can also meet and thank the farmers who get your food from the farm to your table.

Kisan Seva Kendra stores are located at Kapurthala, Punjab and Krukshetra, Haryana. Check out Farmer Friend online or write to Balkar, Paviter and Harjap at info@farmerfriend.in