Started as a small shop in Chicago by a pair of hardworking Gujarati brothers, Patel Brothers is today the largest, oldest and most loved Indian grocery store in America.

Although the tale of every immigrant community is remarkable, that of Indians coming to America over the last century is unique on several fronts. What began as efforts by immigrants to make a place for themselves, their families and their ethnicity in an unfamiliar land have today become distinctly successful stories of entrepreneurship. 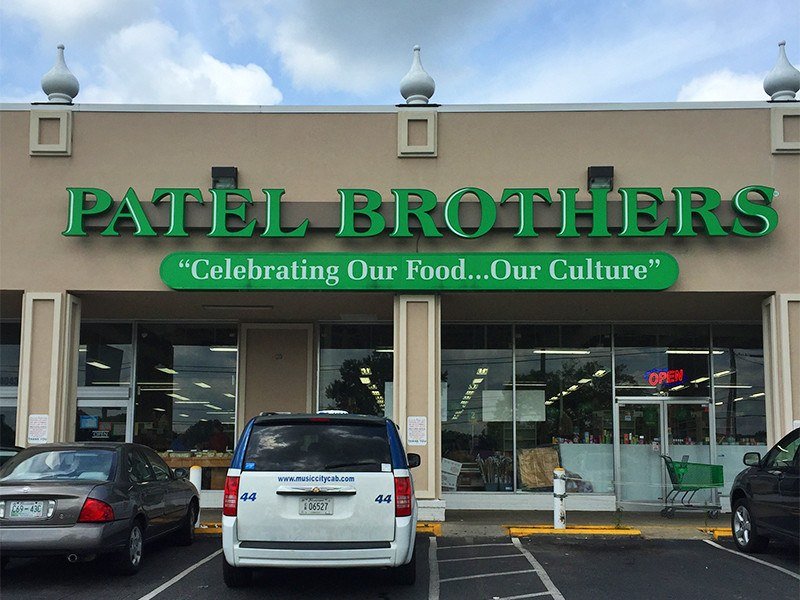 Spread across the length and breadth of USA, Patel Brothers is among the busiest ethnic supermarket chains in the country and is frequented by thousands of people every day. It was started in 1974 by two immigrant brothers from India, Mafat Bhai and Tulsi Patel.

In 1968, armed with a diploma in electrical engineering, 23-year-old Mafat Bhai Patel left for Chicago to pursue a degree in mechanical engineering. A farmer’s son from the village of Bhandu (in Mehsana district of Gujarat), he was accompanied by his wife and brother, Tulsi Patel.

After completing his degree, Mafat began working as a quality controller in Jefferson Electric, Chicago. The Patels would often miss Indian food and had a hard time finding Indian ingredients they craved for in local grocery stores. Realising that this was a problem faced by other Indian families too, Mafatlal decided to provide a solution by starting a little Indian grocery store. 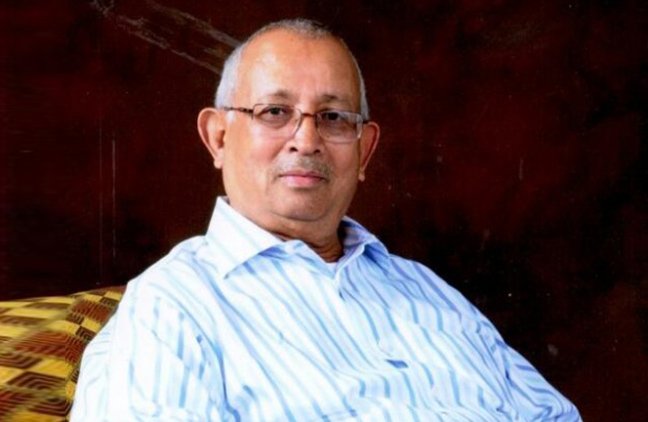 “The thought of a food store came to us because of pure Gujarati business acumen – we knew that food was an industry that would never face any crisis,” Tulsi Patel said in an interview to the Times of India.

At that time, there were only four other grocery stores in America that offered similar Indian staples and soon Patel Brothers became the go-to place for anyone looking for Indian groceries. For friends and relatives coming from India, the Patel home in Skokie became the first stop in America.

Many of them would stay and work at the Patel Brothers store on Devon Avenue store for a few weeks or months. After that, Mafat and Tulsi would help them set up their own stores or branches of Patel Brothers stores in other cities with burgeoning NRI populations, like Atlanta, Connecticut, New York and Houston.

By this time, the Patels had already established themselves as grocers and began turning their attention to a new enterprise: pre-packaged Indian foods. Patel Brothers started its own food brand, SWAD, under which a wide array of snacks (like frozen samosas, crispy murukkus, buttery mathris, specialty pickles, lightly spiced peanuts etc) and microwavable meals were sold to delighted customers.

In 1991, Patel Brothers started another brand, Raja Foods, to supply its to stores and others labor-intensive Indian meals like palak paneer, chicken tikka masala, chana masala and more. The brand quickly became popular with second-generation Indians who had moved out of their parents’ homes and young Americans who wanted to try exotic entrees. Today, this brand had shelves dedicated to it even in non-specialty supermarkets like Jewel and Whole Foods.

The major chunk of Patel Brother’s goods are regularly imported from India. 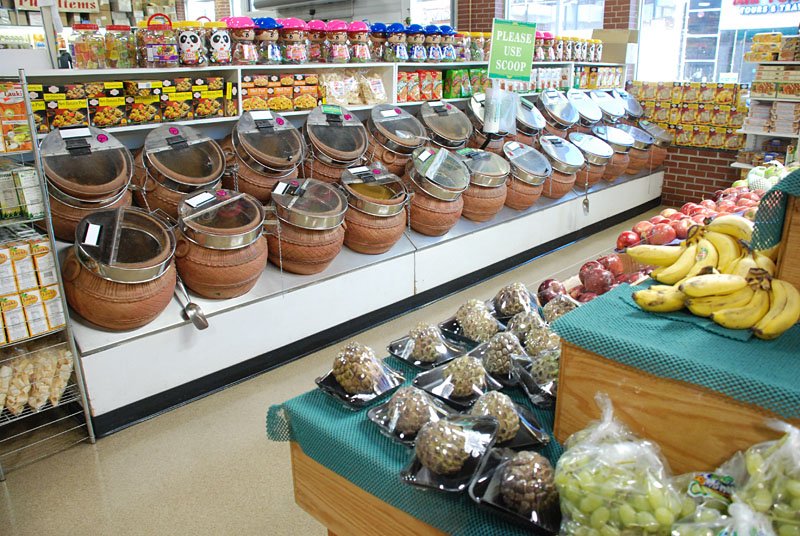 In addition to this, Patel Brothers also introduced several innovations to accommodate the particular needs of Indian customers. The most popular one of these initiatives is installing steel machines that crank out perfectly round, freshly made chapattis one after another. There is also an expanded Indian bread section, where freshly made pavs, flaky parathas and spicy theplas are sold. This was a huge convenience for most working Indians.

Little wonder that these bustling one-stop shops have become community centers for the NRI populations of their area. The street on Devon Avenue, where the first Patel Brothers store opened, is now full of Indian businesses and is known as Chicago’s Little India.

What also makes Patel Brothers stores stand out from the rest is the effort they take to make Indian ingredients accessible for non-Indian customers. All the labels on items have descriptions in both Hindi and English, with store employees always on hand to help a customer find what they are looking for. This makes shopping for ingredients easy for anyone wishing to dabble in Indian cuisine.

“We are essentially grocers. From ingredients like turmeric and red chilli powder to snacks like khakras, gathiyas and theplas, we are a truly Indian brand and cater to almost all the NRIs in the US. Now, the dream is to establish a hundred stores,” Tulsi Patel told the Times of India.

Today, Mafat devotes his time to non-profit organisations while his two sons, Rakesh and Swetal, run the day-to-day operations of the business empire. He is on the board of Indian American Medical Association, an NGO that organises free medical clinics for the needy. Back in India, he has helped build an hospital as well as multiple water bodies in his native village, Bhandu.

In Ahmedabad, the Patel brothers have established Samvedana Foundation that built 160 houses, a school and a medical center in Kutch (the colony is called Chicago Township) after the Gujarat earthquake. The foundation has also opened the first burn care center in Ahmedabad’s LG Hospital and donated around ₹2 crore to Gandhinagar’s Kadi Sarv Vidyalaya.