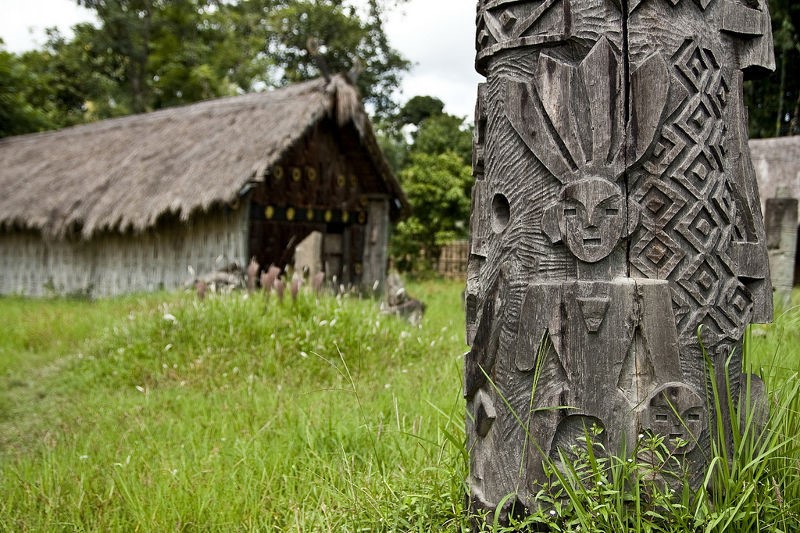 Cities offer many insights and can quickly occupy your touristy agenda. But if you’re looking for a break from the modern and are curious about the past, take a detour to this tiny village of Andro in Manipur. With everything from traditional handicrafts and indigenous brews to an ancient temple shrouded in local folklore, Andro offers an insightful gaze into the state’s rich history.

Tucked away in the forested foothills of the Nongmaiching range in Manipur, this quaint village is known for its scenic beauty, the traditional pottery skills of its residents and the glimpse it provides into the rich tribal traditions of the state.

The name of this village is believed to have originated from the word ‘handro’, which, in local tongue, translates to ‘the village of the people who returned’. According to local folklore, the Lois (the majority community in Andro) were some of the earliest settlers of Manipur. Driven away by a local ruler, they returned later to establish their settlement that gradually came to be known as Andro.

Warm, hospitable and skilled in making several handicrafts, the residents of Andro are keen on upholding and preserving their slowly-disappearing traditions and customs. This is why in 1993 (under the guidance of noted anthropologist, writer and numismatist Mutua Bahadur) the villagers established a cultural complex-cum-museum that has since become the heart of the village.

Unlike a conventional museum housed in a concrete building, the Mutua Museum (named in honour of its first museum curator) is a constellation of traditionally built, thatched huts that displays a multitude of locally-made handicrafts.

From pretty paintings and handcrafted tribal dolls (that depict the traditional attires of the 29 recognised tribes of Manipur) to stone figurines and wood carvings of local legends, this museum is a stunning display of Andro’s cultural legacy.

However, the Andro’s unusual style of pottery is the cynosure of all eyes at the museum. (like Kambi, Eshaipu, Pudon Makhong, Yukhum, Walom, Ngangkha and Wangkham). Other than agriculture, pottery is the main occupation of the villagers who excel at it.

You May Like: #TravelTales: Move over Prague! India’s First Heritage Village of Pragpur Will Wow One & All

What sets the village’s style of pottery apart is the fact that the craftsmen use a uniquely shaped wooden bat to mould the clay instead of a pottery wheel. This flat-surfaced bat is used to deftly pound the clay into whatever shape or design the potter wants to create. It is then sun-dried for four days before being baked in the fire. The pots are then given a special shine by using a natural dye made from barks of a local tree.

Interestingly, unmarried girls are not allowed to make earthen pots in Andro. Only married women are allowed to take up this craft, that too after they have undergone a traditional ceremony called ‘Thou Chanba’ (that translates to job assigning ceremony).

Another interesting sight to see in Andro is the Chakpa Panam Ningthou Meithoupirol Shanglen or Mei Mutaba. A place the village residents deeply revere and are inherently proud of, this ancient temple is dedicated to the governing deity of the village, Panam Ningthou, and houses a sacred fire that has been burning since it was first lit nearly a thousand years ago.

It is believed that this fire has been carefully protected and kept burning since it was introduced to the people of Manipur by Poireiton, the King of the Khuman clan, around 1st century AD. Believed to be the historical turning point for the Manipuri civilisation, this was the time when the nomadic hunters of the region settled down to form well-organised agrarian communities.

Andro is also famous for its indigenous brews, like Sekmai and Andro, that are still made by the villagers in the traditional style that has remain unchanged for centuries. The more popular of the two, sekmai is prepared by distilling a fermented mixture of local rice and the stems of yangli (a local creeper plant). The result? A malty drink with a slightly sweet aroma and underlying hints of smokiness.

In the recent years, the residents of Andro have woken up to the potential of sustainable tourism. While they are careful about preserving the pristine beauty of their surroundings, they have been working to the boost eco-tourism prospects in and around their village.

The villagers of Andro have built a pretty reservoir at the foothills and established a park around it called the Santhei Nature Park. The villagers ensure that the park, a popular picnic spot for locals and tourists alike, is kept clean and green. With an orchid farm being built near the park, the tourist footfall at Andro has gone up significantly, translating into more socio-economic benefits for the locals.

Also Read: A Group of Youngsters in Manipur Worked 10 years to Transform Barren Land Into a Lush Forest