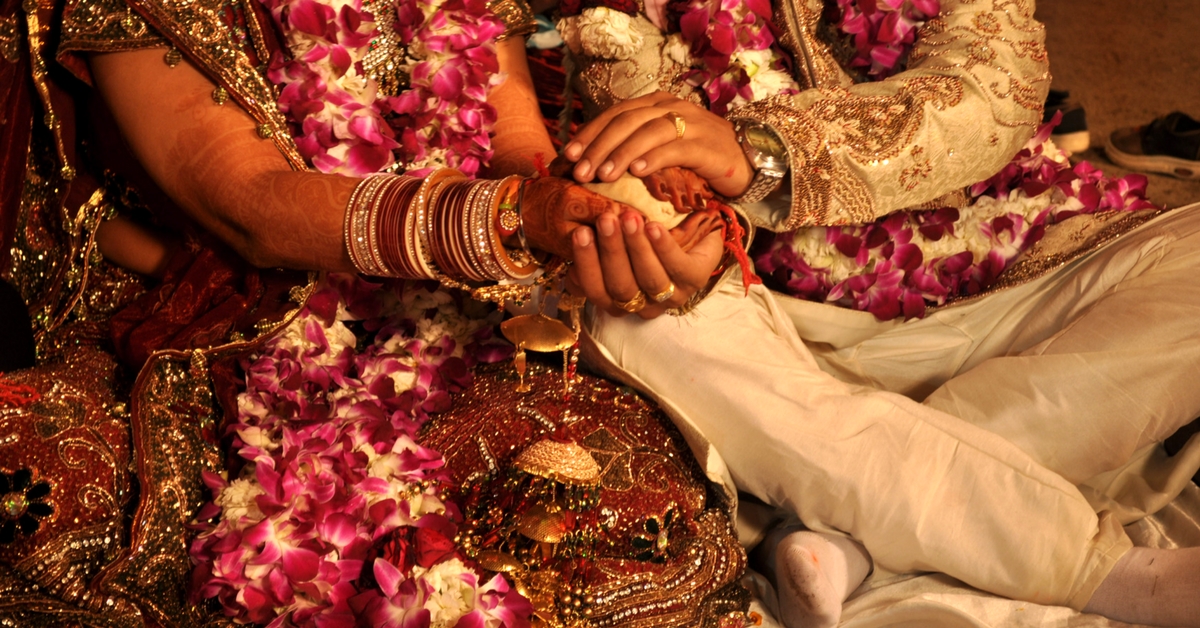 Giving a boost to the government’s drive to make India go digital, a mass wedding of nine couples from the weaver community in Gujarat’s Bayad town was solemnised without any cash being spent!
The first-of-its-kind marriage in the state, which was organised by Shri Veermaya Vankar Samaj Sudharak Samiti, was solemnised on Sunday.

Rituals like ‘dakshina’ and ‘kanyadaan’ were also performed using either digital modes of payment or cheques.

Not only that, even the priests who conducted the rituals received a dakshina of Rs 7,777 in cheque form. The venue even had swiping machines installed for guests to give money to the couples.

“To carry forward Prime Minister Narendra Modi’s call for a digital economy, we want the couples who started a new journey in their lives should emulate this cashless-culture even in the future,” said Hasmukh Saxena, convener of the samiti, according to Hindustan Times.

The venue, which saw couples from diverse backgrounds tying the knot, also had a counter set up by the Union Bank of India where guests could swipe their credit and debit cards.

The initiative was welcomed by the members of the community who pledged full support.

You may also like: Organizing a Green, Eco-Friendly Wedding Is as Easy as This!

The Narendra Modi-led government had announced the demonetisation scheme on November 8, 2016, under which currency notes of value Rs 500 and Rs 1,000 were declared invalid.