In the recently concluded Asian Youth Chess Championships 2009, India has bagged 23 medals out of a total of 36, says this report in The Hindu. The championship was conducted 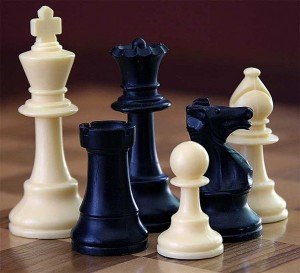 In the recently concluded Asian Youth Chess Championships 2009, India has bagged 23 medals out of a total of 36, says this report in The Hindu. The championship was conducted by the Asian Chess Federation and was held at New Delhi, India. It is a great feat shown by India by being the majority medal winner. The second in the medals tally is Vietnam. India’s spectrum of medals included 8 gold, 7 silver and 8 bronze.

The Asian Youth Chess Championships is conducted for both boys and girls under the following categories:
Under 8, 10, 12, 14, 16 and 18 years of age.

What is interesting for us is how this sport has been nurtured and carefully guided in our country so that we have now become an important ‘player’ in chess globally. The Asian Chess Foundation carries an interview of Mr. D. V. Sundar, Hon. Secretary of the All India Chess Federation. In this insightful interview, and perhaps an interview that many other sports bodies can take note of, Mr. Sundar explains how India has become a force to reckon with in chess. Addressing a question on what he believes has helped make India successful in chess, he says:

We hold many children’s tournaments. Every week there is a children’s tournament going on in one part or another of our 30 States. The five most active are in Tamil Nadu, Andhra Pradesh, Karnataka, Maharashtra, West Bengal. These States are historically good in producing chess players.

We have many children’s tournaments, alternating age groups Under-8 to 16. The AICF insists that all tournaments give Certificates to all children. Not only children are encouraged but specially their parents.

It is wonderful to note that the sport is being encouraged amongst children and thereby giving players enough time to hone their skills by the time they reach the international arena.
Mr. Sundar goes on to say that the AICF is aiming to create a mass appeal for chess:

Aside from the traditional chess States, we have developed chess in Goa, Delhi, Orissa, Assam and Jharkhand. Kerala now organizes five to six rated tournaments per year with 150 to 300 participants each.

Rajasthan now organizes two or three tournaments every year. We are creating a mass appeal for chess.

You can read his complete interview here. It explains in detail how the game of chess is being spread in the country and how we are able to generate players of high caliber at a consistent rate. This could well be adapted for other sports too.