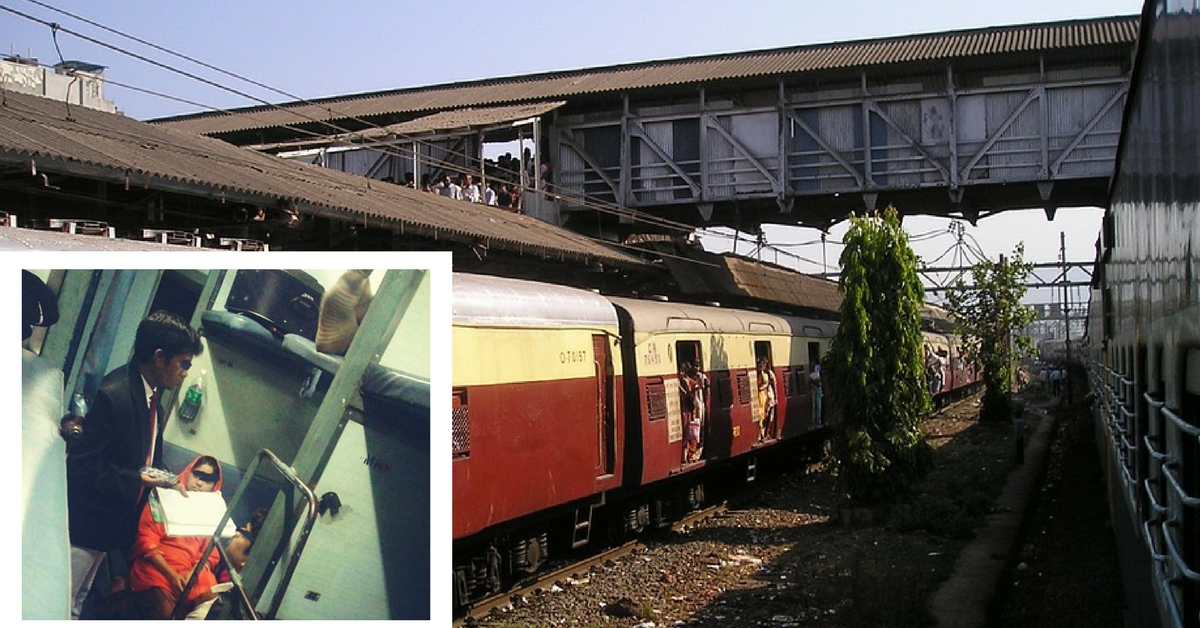 Sometimes even the smallest acts of kindness can go a long way in making someone else’s day, or as a traveller found out during a recent train journey – an entire family’s.

A man named Vishnu Vardhan, in a Facebook post, said he didn’t think twice about the Train Ticket Examiner (TTE) while taking the train to Pallakad only deeming him to be “stern yet polite.” That was until he saw the TTE in a whole new light after witnessing him interacting with a family of five who were on a pilgrimage.

Vinshu writes that while the TTE had been examining the family’s tickets for their present journey, they told him that they would be taking the 1 am train from Coimbatore for the next leg of their journey. The TTE then asked to check those tickets as well to see if everything was in order. That’s when he realised that they had booked tickets for the wrong day.

In a kind tone, he then explained to the family that the train they had hoped to catch had already left earlier that day and they needed new tickets to travel. The family, now dispirited, didn’t know how to proceed. The TTE once again stepped in and showed them how they could book tickets online and used his own phone to book tickets for them to ensure they weren’t stranded in the middle of the night at the train station.

Vishu, in his now-viral Facebook posts then explains how this small interaction helped restore his faith in humanity and also in public systems. He says, “When we think of our nation and its development, small things like a change of attitude to ‘help fellow countrymen’ are the ones that reinstate our belief in governments and public systems….and makes one feel proud as an Indian….(sic).”

You may also like: Mumbai Chief Medical Officer Uses Local Trains, Even Traffic Jams, to Spread Awareness About TB

Vishnu’s post proves that dedicated public servants are truly the backbone of this nation.

Yesterday as I was travelling in train to Palakkad,this TTE was doing routine stuff, was stern yet polite….Never felt…

Yesterday as I was travelling in train to Palakkad,this TTE was doing routine stuff, was stern yet polite….Never felt he was extraordinary….

But after sometime, a family of five, seemingly from some interior place/village got in….The TTE checked their tickets which was till Coimbatore and asked where they wanted to go from there….They replied they were going for a pilgrimage to Velankanni and had to catch a train from Coimbatore at 1 am….The TTE enquired for those tickets and said this….”If I tell you something, you may all feel disappointed…..The ticket you have reserved is for 25th….1am train…..That had already left today early morning….You need to have reserved tickets for the train on 26th to travel by the train from Coimbatore….” Hearing this the family including 3 small kids almost lost all their happiness….

It was then that the TTE proved himself to be extraordinary. He said “I shall try to help you book tickets online”….This is him helping them with online booking in his own mobile….

When we think of our nation and its development, small things like a change of attitude to ‘help fellow countrymen’ are the ones that reinstate our belief in governments and public systems….and makes one feel proud as an Indian….