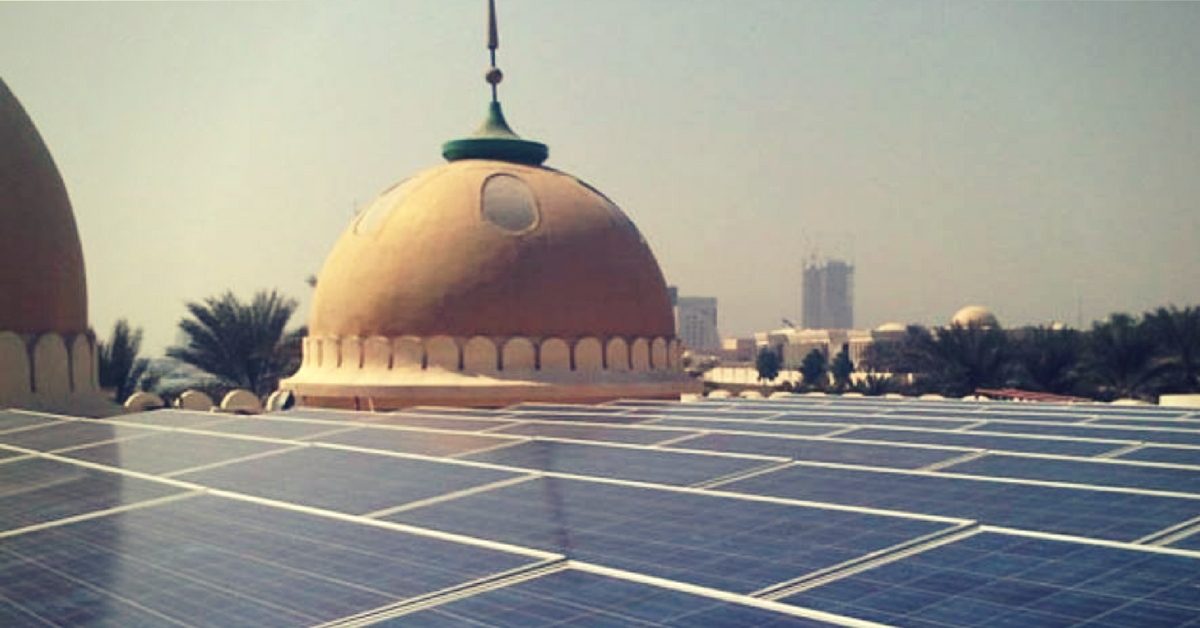 The Ambar Mosque in Lucknow has been making history for nearly two decades now. For starters, it was the first mosque in India constructed exclusively for women back in 1997. And now, it is also ensuring that it does not contribute to the historic city’s pollution levels by operating on renewable energy.

Since air pollution has been on the rise in cities and towns across India, the founder of the mosque, Shaista Ambar, decided to add solar panels on the roof of the mosque and make it completely self-sustainable.

The panels are not only used to make sure that the electricity needs of the mosque are met, it also drastically reduces the carbon footprint.

The founder hopes that this switch to solar energy inspires others in the city and the pollution levels decrease. Since it has made the shift to renewable energy, the mosque will now be able to offset 1 metric tonne of carbon dioxide on a yearly basis.

Speaking to Indiatimes, the founder said, “Over the last few years, air quality in the city has become worse while rural areas of Uttar Pradesh have been suffering frequent power cuts. We all are to be blamed for it and we must all do our bit to improve the air quality and access to electricity. Everybody should have access to clean air and clean electricity. Electricity produced from solar energy does not cause air pollution like coal power plants do. If everyone starts using solar energy then Lucknow’s air quality will start to improve as well as reduce power cuts.”

You may also like: In PICTURES: A Hyderabad Mosque Shows Us What It Takes to Feed 1,000 People Every Day of Ramzan

While the mosque was started for women 20 years ago, it preaches inclusivity, with Shaista noting that both men and women are welcome to find spiritual solace here. And now, apart from standing up against patriarchy, it is also standing up Mother Earth.