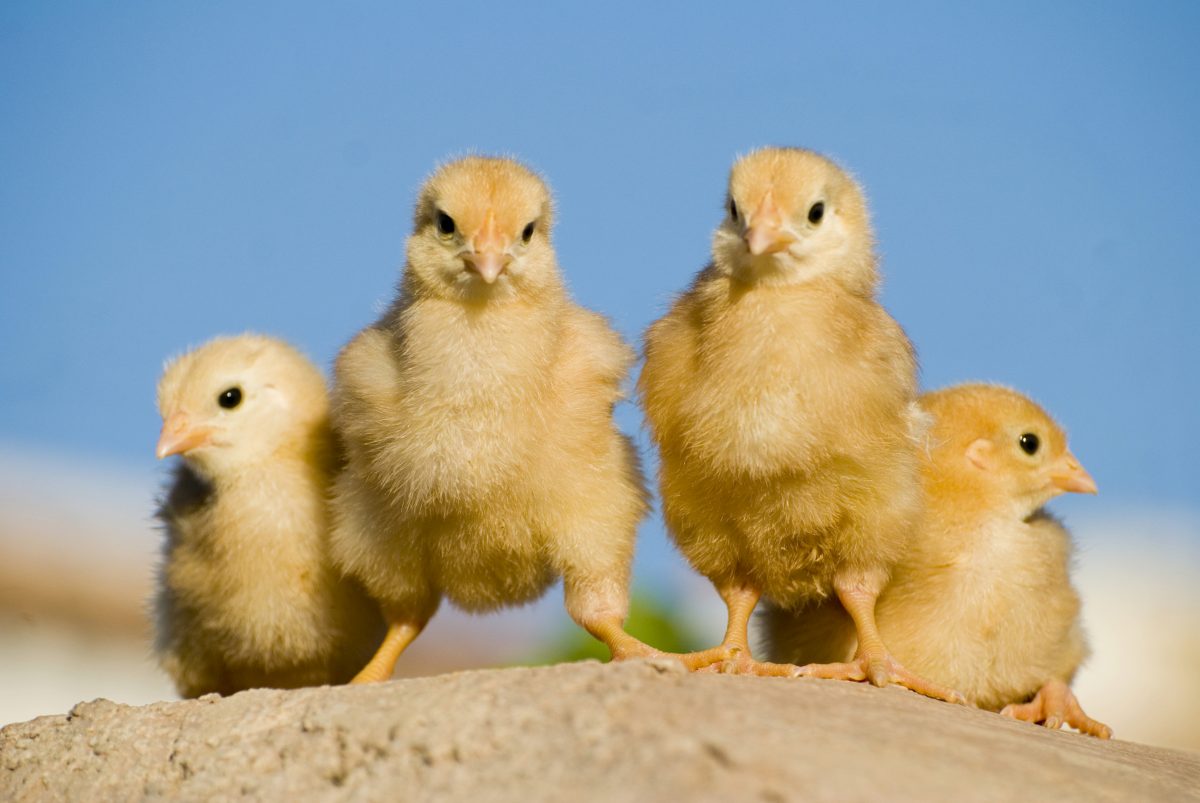 India is the fifth-largest producer of eggs and ninth-largest producer of poultry (chicken) meat in the world. However, nearly 200 million egg-laying hens are kept in terrible conditions across the country. Bijal reminisces about a baby chick she rescued, and discusses the problem of battery cages.

She was light as a feather. But then that’s what the baby chick really was—a tiny butter-yellow ball of feathers. We had rescued her from the roadside, about to be dipped into a bucket of neon-green paint and sold for Rs. 10 as a pet. She would have lived for a few days, before the toxic colour leached into her skin and killed her.

Later, she sat in my house, cheeping incessantly and pacing about her wicker basket with her wing feathers fluffed up. My family and I spent a few days with Chickadee, as we nicknamed her for the brief time she was with us, and we fell in love, irrevocably. It helped that she was cute as a button, but she was also smart. Chickadee would cuddle up to my mother for warmth, fall asleep nestled in the crook of my arm, and anticipated meal times by turning up the volume of her high-pitched cheeps.

Chickadee went to a friend’s backyard farm, where she would live the rest of her life scratching in the dust for grains and juicy worms, clucking at other hens, and doing whatever it is that hens do.

As it turns out, they do a lot. According to Andrew F. Fraser, Professor of Veterinary Surgery at Memorial University of Newfoundland, and Donald M. Broom, Professor of Animal Welfare at University of Cambridge, “Those who have studied the behaviour of the domestic fowl in detail…especially those who have looked at feral fowl…inevitably acquire much respect for the members of this species.”

Chickens are the world’s most numerous domesticated bird. In 2012, more than 66 billion were farmed. But they’re also highly misunderstood birds. Christine Nicol, a Professor of Animal Welfare at Bristol University says that “it’s wrong to think of chickens as being stupid.” She based this on her review of 20 years of research. Apparently, newly-born chicks, like Chickadee, can keep track of numbers up to five, and display intelligent behaviour.

For instance, studies have shown that domestic chickens prefer to forage, rather than eat from a feeder. Hens are social birds—if you have ever get a chance to see them in a free-range farm, you will see the rooster call to the hens when he finds a tasty tidbit to share. In fact, communication between chickens begins even before they hatch.

Embryos emit a distress call when they are cold, and the hen turns over the egg in her nest, making it toasty warm again.

In factory farms, at the age of approximately 16 weeks, farmers cram these intelligent birds into small barren wire coops called battery cages, where they live their lives in confined spaces where they can barely turn around or even fluff their wings. Farmers slice off their sensitive beaks – which they use pretty much the same way we use our hands, to touch and feel, pick up objects, and for preening and nesting – so that their blunt edges cannot maim the neighbouring hen, who they’d otherwise peck at in frustration.

In fact, Lesley Rogers, Professor of Neuroscience and Animal Behaviour at University of New England in Australia, states, “With increased knowledge of the behaviour and cognitive abilities of the chicken has come the realization that the chicken is not an inferior species, or merely a food source.” But in farms with battery cages, these hens remain in highly restrictive conditions, severely inhibiting and preventing their natural movement and behaviour.

Five years ago, the Animal Welfare Board of India wrote to the Central Government and all State Governments about the issue of battery cages for hens. It estimated that approximately 18 crore egg-laying hens were in battery cages in India at that time. The number can only have gone up since then.

The AWBI stated that the use of such cages violated the provisions of the Prevention of Cruelty to Animals Act, 1960, and advised that the respective governments issue suitable directions to poultry farmers, prohibiting the use of battery cages in egg production and phasing out the existing facilities by January 2017.

The date has come and passed. The government hasn’t phased out battery cages. The matter now rests with the judiciary. It’s a crucial case. As Chickadee reminded me, hens are unique birds. They are smart and extremely communicative, and they deserve our respect and concern.

Help Human Society International India end cruelty to hens and chickens by saying “NO!” to eggs from hens in battery cages. Take the pledge here.