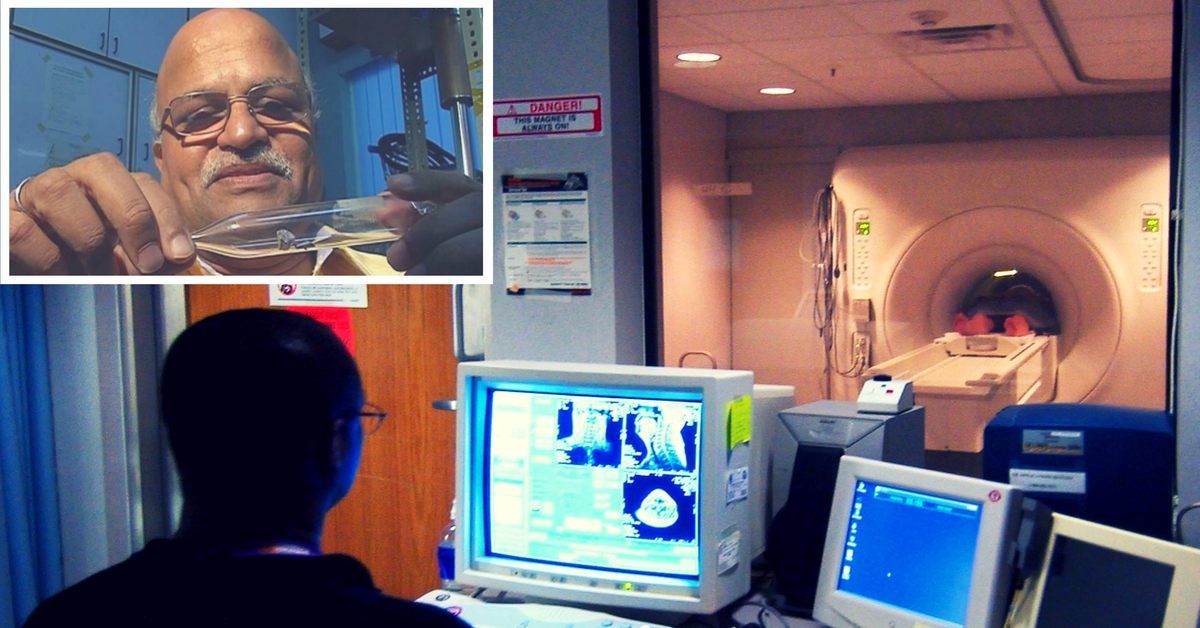 Four scientists from Tata Institute of Fundamental Research (TIFR) have discovered a new superconductor by identifying and proving the superconductive properties of Bismuth. The results were published in the Science journal.

The discovery has opened up a new path, which upon research may lead to significant reduction in the cost of Magnetic Resonance Imaging (MRI) technology.

Image for representation only. Source: via Wikimedia Commons

Currently, MRI scanners use superconducting materials like niobium–titanium alloys to vanadium. The scientists claim that if bismuth and other metals were to be used as superconductors instead, the costs would be much lower.

Superconductivity is the property of zero electrical resistance in some substances at very low absolute temperatures. It is a unique state of matter that has many applications and is costly to achieve.

Bismuth wasn’t known for its ability to conduct electricity until being proved by these scientists. The team of the Department of Condensed Matter Physics and Material Sciences at TIFR discovered that bismuth semi-metal in bulk form becomes a superconductor at a temperature of 530 microKelvin (about -273 degree C).

According to a report in Hindustan Times, it is being said that the discovery challenge the 1972 Nobel Prize winning Bardeen-Cooper-Schrieffer theory that explains how metals become superconductors. The discovery may force the scientific world to rethink the very nature of superconductivity.

“In general, compounds that exhibit superconductivity have roughly one mobile electron per atom,” S Ramakrishnan, the corresponding author of the paper, told Chemistry World. “However, in bismuth, one mobile electron is shared by 100,000 atoms – since [the] carrier density is so small, people did not believe bismuth will superconduct.”

Superconducting materials like niobium–titanium alloys to vanadium are found in MRI scanners, mass spectrometers as well as particle accelerators.

“Clearly it is a landmark discovery in the history of superconductivity … since it warrants a new mechanism for superconductors. One can expect to produce new superconductors once the new theory is known,” says Ramakrishnan.

The team claims that though the applications of the discovery will take time and effort, it has the potential to lower the cost of several high-end diagnostic machines.