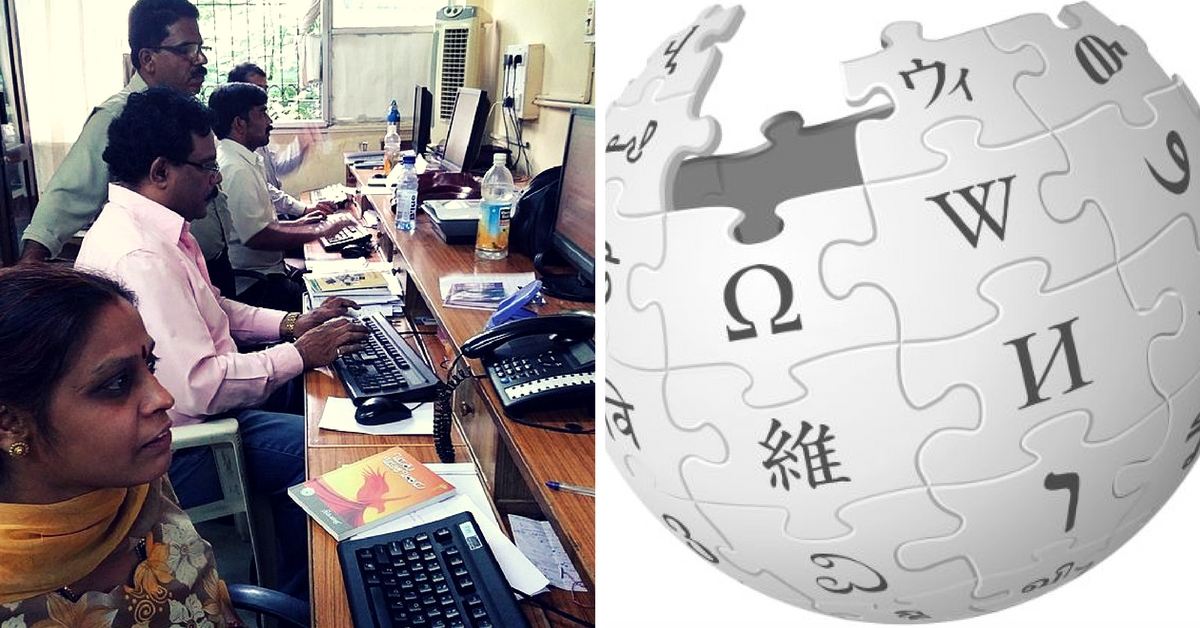 Centre for Internet & Society (CIS), a Bengaluru-based think tank, is facilitating the production of Wikipedia content in regional languages and ensuring  more and more information is available to the non-English speaking people in the country.

Even though the growing internet penetration in India has empowered many, one of the main issues faced by a majority of the population is the unavailability of information in regional Indian languages. Much of the information available on the internet is of no use to those who can’t read English.

Although India has one of the largest English-speaking populations in the world, about 70% of Indians do not speak English. Of the 30% who do speak the language, only a third have “some semblance of reading and writing aptitude,” according to a Forbes article.

One way of overcoming the language barrier is to access information provided by Wikipedia, the free online encyclopaedia. Currently, there are Wikipedia pages in 23 regional Indian languages and more are being developed.

Although the endeavour to make Wikipedia available in regional languages is laudable, it still falls short of providing comprehensive knowledge. Content in regional languages often lacks quality and depth, and there are systemic problems like shortage of competent contributors and editors.

The Bengaluru-based think tank Centre for Internet & Society (CIS) is trying to tackle these issues.

“We act as a catalytic agency, which aids the process and helps the community progress further. We plan different activities for the Wiki community,” says Tanveer Hasan, Programme Officer at CIS.

You may also like: How an Operating System Is Helping Indian Consumers Use a Smartphone in 12 Languages

“For Wikipedia to be rich in information, it’s important to have a community around it.  Earlier, the fellows would work on their own, meet up, discuss current problems, and try to find solutions,” Tanveer says. “We aren’t directly involved in the community, we simply try to aid the process. We organise meet-ups, training programmes and activities like Edit-a-thons, which are helpful in keeping track of their progress and building more content.”

The think tank also conducts activities to build awareness about Wikipedia among common people. Wikipedia is an open encyclopaedia, which is constantly updated by contributors from across the world.

Many people are unaware of the fact that anyone who has something to add to a Wikipedia page can become a contributor.

“One can register on the Wikipedia page and become a member of the vast Wiki community,” says Tanveer.

The process is carefully monitored; new editors need to ensure the information they are adding is verifiable from authentic sources. Editors who contribute regularly are given the responsibility of administration, meaning they keep an eye on the content that is being added.

“Often, it so happens that full articles are not available on many topics. All we have are stubs, short articles in need of source verification as well as additional information. Through A2K, we try to collaborate with as many Wiki editors as possible and get institutional partners like colleges on board so content can be generated as well as updated,” says Tanveer.

One of the successful projects that A2K has handled is the digitisation of over 1000 books donated by the Maharashtra Granthottejak Sanstha, a 120-year-old organisation in Maharashtra. The organisation has donated 1000 books. The books are currently being digitised by CSI in collaboration with Maharashtra Knowledge Corporation Limited (MKCL) and will soon be available on Marathi Wikisource, becoming accessible from anywhere in the world.

“The main idea behind Wikipedia is that knowledge should be available to anyone who seeks it and we are trying to do just that,” says Tanveer.

You may also like: Your Email in Your Language: ‘DataMail’ Launches Email Service in 8 Indian Languages

Know more about CSI by visiting their official website here.