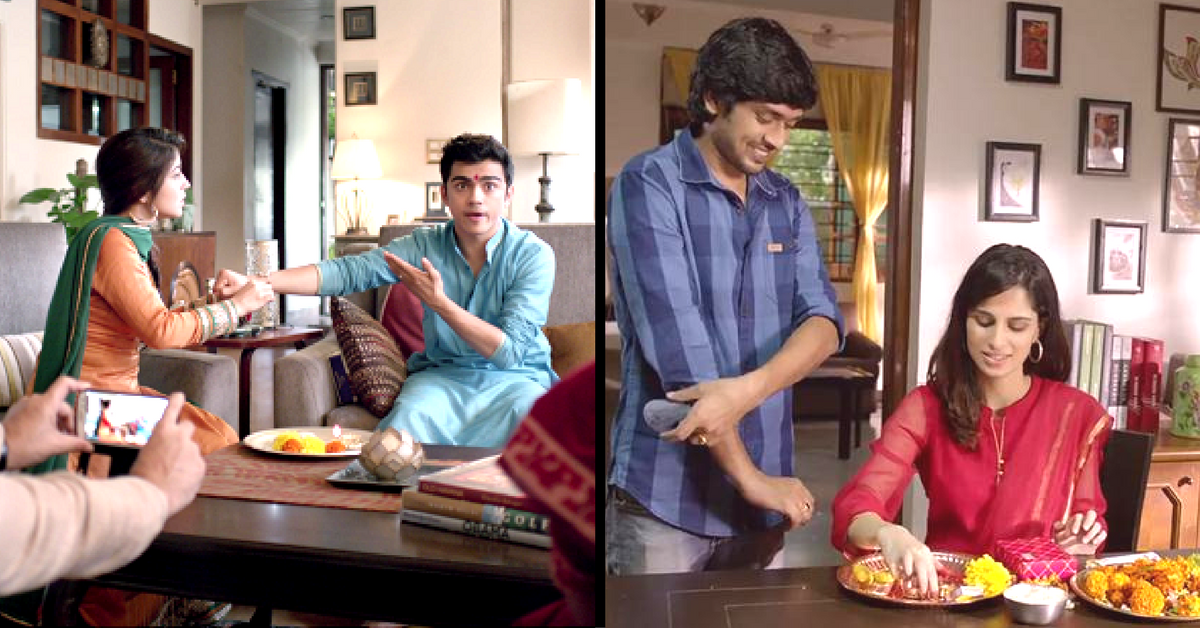 As you celebrate the occasion of Raksha Bandhan with silken threads, sweets and savouries, make time to watch these 9 heartwarming advertisements that capture the spirit of this endearing festival.

As different as chalk and cheese or as alike as two peas in a pod – brother and sister relationships can extend to both extremes. From protective to possessive, to irritating and often plain silly, siblings can be exasperating at times but they are also the first ones to rally around each other at times of need. Perhaps no other country in the world celebrates this beautiful relationship quite like Indians do – with the endearing and unique act of tying a thread that symbolises the bond between brother and sister – Raksha Bandhan.

As you celebrate the occasion of Raksha Bandhan with silken threads, sweets and savouries, make time to watch these 9 heartwarming advertisements that capture the spirit of this endearing festival:

Sometimes it’s hard to express how much you miss your sibling till he or she is no longer with you. Just like this brother whose sister is getting married.

So many policemen forego their holiday and time with their families to ensure that we are secure. A bond between these unsung heroes and the public is definitely a good idea.

Gender roles are changing with the times. Yet, the essence of Rakhi, the love between brother and sister, remains the same.

Technology can help you keep in touch with people but nothing can match the joy of actually meeting someone you love.

They may fight, they may argue, but in their hearts, siblings will always be on the same side!

No matter how old you get, your younger siblings will always be ‘little ones’ to you.

That feeling of protectiveness you get when around your younger brother or sister…it’s been there ever since you were kids!

There is something very special about sharing secrets and sweet treats with your siblings.

A beautiful message from every sister to her brother – “Respect every girl like you respect me.”