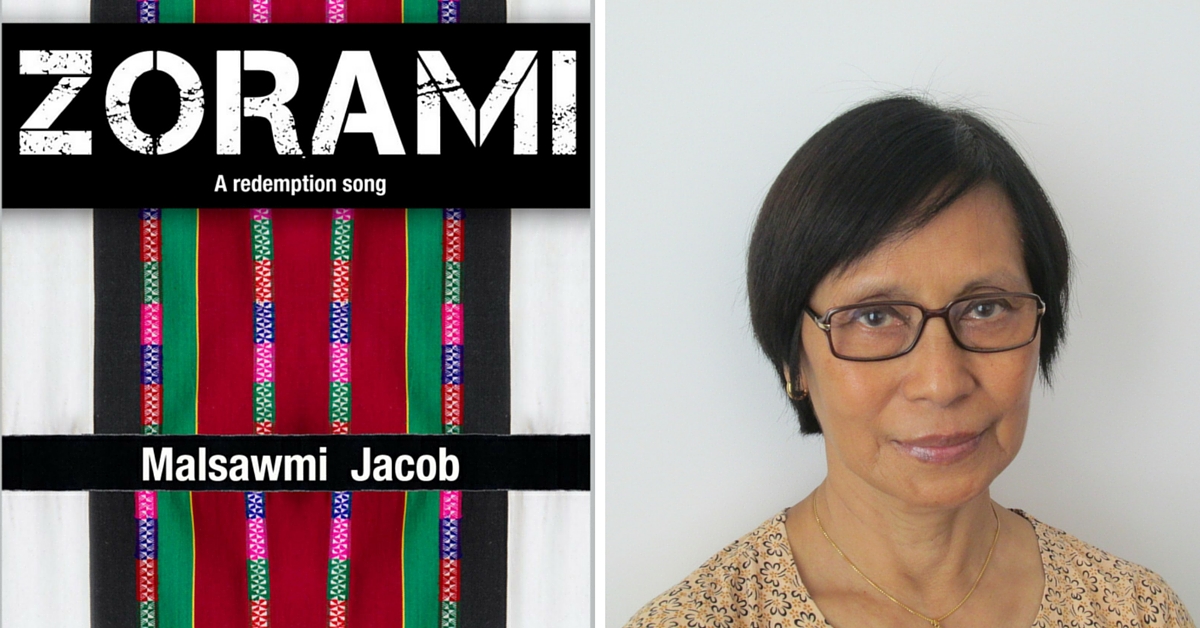 Zorami, the first ever English language novel written by a Mizo author, tells the story of a young woman and the influences of the political unrest in her life. At the same time, it vividly describes the culture and ethos prevalent in Mizoram.
Broken? She was lacerated, ripped apart. A fiend in human body did it in revolting lust. When the thirteen year old did not come back from the tuikhur where she had gone to fetch water, her worried mother took a couple of neighbours with her and went in search of her daughter. They found her unconscious, her dress torn and soaked with urine and blood, in the bushes. In the hospital, after she regained consciousness, a nurse stitched her up. Without anaesthesia. How she screamed! The needle pierced her again and again. Stinging pain upon pain.

And the dirt, the dirt! How she wanted to wash herself clean, to be immersed in a flowing river! But there was no such river within reach. All she could get was a few mugs of water for a bath. She loathed her defiled body like a rotten carcass. In sleep, she dreamt of a brook running down a hill. She ran to it, hoping for a dip in its clear, clean water. But when she reached there, she saw only muddy, filthy water.

Within a day, the buoyant, rather boisterous young girl had turned into a weepy, terrified wreck. … As time passed, the wounds on her body healed, leaving scars. But her wounded psyche festered.

Fear, pain, resentment, acute loss…these emotions have marred the everyday existence of generations of Mizo people, who have lived through turbulent years of insurgency, the impacts of which are fresh in their memory even today.

Writer and poet Malsawmi Jacob is one of them and her most recent book, Zorami, the first ever English language novel penned by a Mizo author, tells the story of a young woman and the influences of the political unrest in her life.

At the same time, it vividly describes the culture and ethos prevalent in Mizoram.

Jacob spent a few years of her childhood in the state during which she imbibed an undying love for the language, literature and local legends. For her higher studies she shifted base to Shillong, the capital of Meghalaya, where she did her Masters in English. Thereafter, she went on to do her PG Diploma in teaching English in Hyderabad. Since then she has lived and worked in various cities across the country – the Aizawl College in Mizoram, SPARROW, an archive of Indian women’s history in Mumbai, Maharashtra, and St. Claret College, Bengaluru, Karnataka. On the sidelines of her career as a researcher and teacher, Jacob, who now stays in Bengaluru, has been religiously documenting the socio-political developments happening in her home state as well as the larger north-east region through her books as well as articles in newspapers such as The Assam Tribune, The Telegraph, Newslink and The Northeast Frontier.

The recently-published Zorami is Jacob’s seventh book. Her previous works include collections of poems, short stories, children’s stories, and non-fiction narratives; she has also contributed poems and articles to four anthologies. Most of these are self published with some financial assistance from the state government of Mizoram. Although she reveals that has never consciously focused on articulating “women’s issues”, since women are central to Mizo society they inadvertently play a significant part in her stories.

Talking specifically about the status of women in the state, Jacob says, “Mizo society is deeply patriarchal. Though women are highly visible in the work sphere – they do step out of their home to make a living – they are deliberately kept out of social and political decision making.”

Sharing an example of this exclusion, something she has “tried to reflect in Zorami”, she reveals that during the Mizo fight for independence, girls had actively joined and contributed to the “movement”, albeit in smaller numbers.

Yet, for “no particular reason” they haven’t been able to make their presence felt in the corridors of power – Mizoram got statehood in 1986, but has since elected only two women to its legislature. Incidentally, despite 91.33% literacy (2011 Census), the state’s only female minister so far has been Lalhlimpui, who was elected to the assembly in 1987 and became a member of the cabinet of Chief Minister Laldenga, a former rebel leader. Since Lalhlimpui there was a 27-year drought, which was broken in 2014, when 35-year-old C. Lalawmpuii won the Hrangturzo assembly by-election. With decision making powers, both within the family and in the larger social context, vested firmly in the hands of their men, the only real avenue available to Mizo women to express themselves and excel has been education.

In some way or another Jacob has been addressing this compromised social situation for years.

“While I was freelancing with newspapers and magazines, I wrote extensively about the society’s attitude and treatment of women. I have also been writing a great deal on militancy – my articles are mostly a call for justice and non-violence,” she elaborates.

Even as the body of her literary work had been in Mizo, Jacob was keen on penning something in English in order to reach out to a larger readership, one that had had no opportunity to experience Mizo culture and learn about the milieu. That’s how she embarked upon Zorami.

“By some strange twist of fate, this novel actually came to me in English. Perhaps because I wanted to tell this story to people outside our state; in a sense, I wanted to make the Mizo voice heard across the country and the world,” she remarks.

Presently, the book is available in Europe, USA, Australia and several Asian countries.

“It’s not been easy to market it so far but I am optimistic; the response has been limited because I’m still practically an unknown author outside of my region,” she reasons.

Of course, Zorami has been one of the most painful stories she has given words to, one that took her nearly a decade to pen. The reason: she would simply go “numb with pain” listening to the recorded interviews of the people who had lived through the most traumatic period in Mizo history, on which the narrative is based. Jacob has drawn on the insurgency years of the sixties, when the Mizo Liberation Front (MLF) was at its peak, to tell the story of young Zorami. Coming of age the same time as the political unrest and struggle for independence gathers momentum, the young girl’s life and experiences reflect those of her people, land and culture.

Jacob recalls, “In 2004, I had travelled to Mizoram to do research for the novel. I had met several people and recorded their reflections on tape. But later when I started to write I could only manage to do a few chapters. It was just too painful. It was finally in 2013 that my publisher, Morph Books, and my editor were able to motivate me to finish the manuscript.”

Like most Mizo people for Jacob, too, the “movement” and the many stories connected with it are like “folklore”.

“The story of Mizo people, especially what they went through during those turbulent times, is important. I used to wonder how they were dealing with the psychological trauma of the time even though ‘political peace’ had returned. After listening to many people, I realised that the emotional wounds had not healed. So the novel is a quest for inner healing,” she states.

There are no easy answers to “how the Mizo people can emerge from the shadow of the Insurgency years”. Maybe widespread economic progress would fade away those uncomfortable feelings.

“But it is not enough. Inner healing has to come at a personal level. Perhaps a divine intervention would make a difference, like in Zorami’s story,” she says.

For Jacob, Zorami has been a complicated “personal and political journey”. And just like her people, she is trying to move on.

About the author: Written by Ninglun Hanghal for Women’s Feature Service (WFS) and republished here in arrangement with WFS.
Promotion