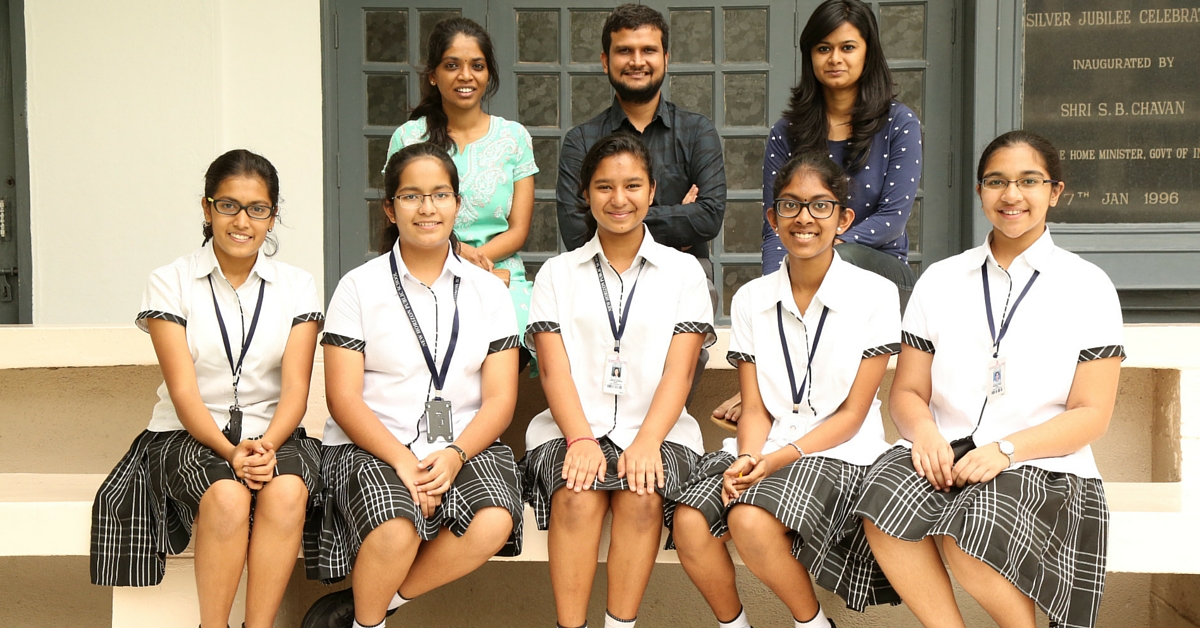 Fed up of getting toffees in lieu of exact change from shopkeepers?  You may soon be able to donate those leftover coins for the education of girl children in rural India instead – thanks to this brilliant mobile app concept developed by schoolgirls.

It is unlikely if you live in India that you have never been offered toffees instead of the exact change due to you by a shopkeeper. Shopkeepers constantly lament that they don’t have enough change of Rs. 1 or 2 or 5 to give to their customers; so they offer toffees in lieu of the change. Whether this is true or not, customers don’t want to waste time haggling and usually walk away with toffees they probably never would have bought otherwise. But what if there were an alternative? What if, instead of taking these toffees, you could use the spare change to fund the education of girl children in rural India? This beautiful thought came to a few school girls from New Horizon Public School, Bangalore, who developed an app for the purpose.

Their brainstorming sessions for a tech idea that can create social impact resulted in this Android app solution. They call it ChangeEd, an acronym for ‘Change for Education through Donation’.

Shopkeepers can download ChangeEd and let their customers know that the small change that is due to them can go towards funding a good cause. Instances of such transactions throughout India will be numerous and if these small payments can be aggregated, they will surely amount to a considerable fund. The accumulated money will be given to chosen NGOs working in the field of educating girl children. ChangeEd is integrated with a payment gateway and the money transfer can happen easily.

By taking an accepted norm and giving it a meaningful twist, these girls have made it to the finals of the international technology competition, Technovation. Technovation is a competition that challenges young girls to develop mobile applications to solve real world problems in their communities. The team from New Horizon School was mentored by experts from Goldman Sachs to develop the app.

This idea found great appreciation in the competition and has now made it to the final round of Technovation. The girls’ team is among the four finalists for the event, which will be held in San Francisco this July.

The principal of New Horizon Public School is all praise for the girls: “I am delighted that the girls have put technology to great use by addressing illiteracy challenges in India.”

To reach the students, you can write to New Horizon Public School at nhpsoff@gmail.com.