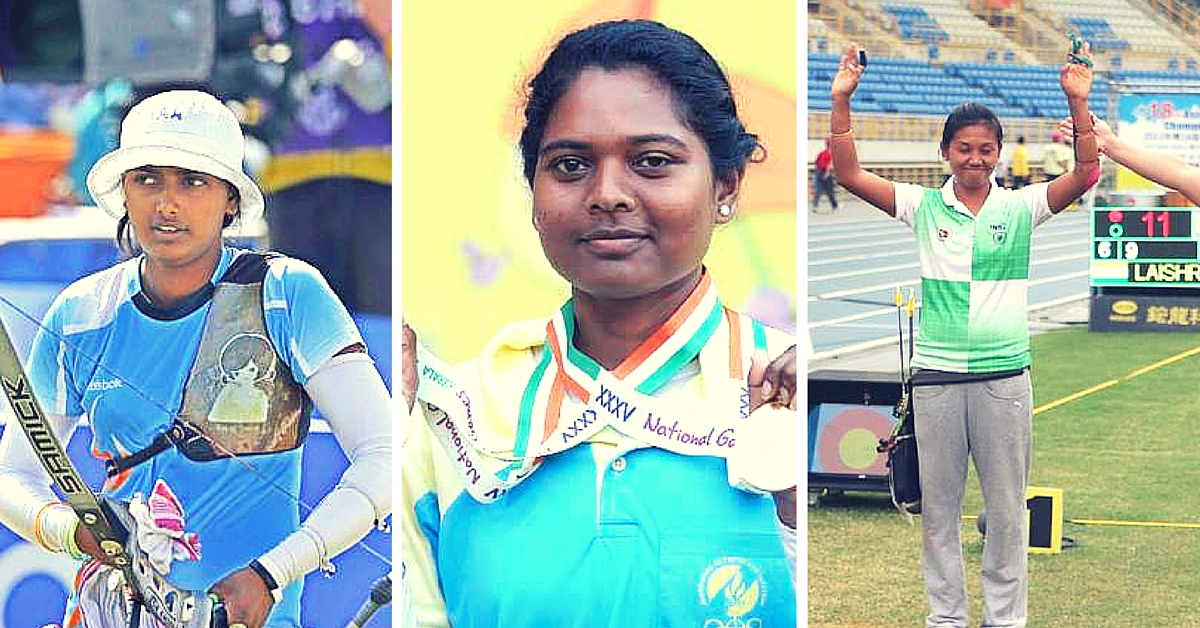 The Indian Women’s Archery Team won silver after losing to Chinese Taipei in the final match at the first stage of Archery World Cup held at Yuanshen Stadium in Shanghai, China.

Earlier, the team comprising of Deepika Kumari, Laxmirani Majhi and Bombayla Laishram Devi had bounced back from their disheartening performance in the individual categories, when they entered the race for the gold medal after defeating the prolific German team with new found vigour and a shocking score of 5-3 in their favour.

Meet the trio that is making the country proud:

Coming from the small village of Ratu Chati located about 15 km away from Ranchi, Jharkhand, Deepika Kumari is the recipient of the prestigious Arjuna Award and Padma Shri. Her parents, Shivnarayan Mahato and Geeta Mahato, often struggled to support to their daughter’s dreams because of their financial condition, but they recognised her talent and frequently cut back on their budget to buy new equipment for her. In those she used to practise by aiming at mangoes with stones and then with homemade bamboo bows and arrows. Her cousin Vidya Kumari, then an archer at the Tata Archery Academy, helped in honing her skills. Deepika is currently at rank seven on the world index and was formerly at the first place too.

A member of the Santhal tribe, Laxmirani comes from the Bagula village in Ghatsilla District of Jharkhand. She is a strong advocate for the education of girls and gives the entire credits for success to her parents who made sure that she went to school and completed her education. Many girls from her village don’t get a chance to study and Laxmi considers herself lucky that her father believed in the power of education. She is a recurve archer and participates in both individual and team events. She recently won a silver medal at the 2015 World Archery Championships at Copenhagen, Denmark.

A Manipuri archer who comes from the Imphal East district in the state, Bombayla represented India both in the 2008 Beijing Olympics as well as the 2012 London Olympics, but could not achieve a rank.

Indian women are successfully making a mark on the fabric of international sports and are winning recognition along with fame and accolades. We hope that they continue their ascent upwards wish them all the best for their future endeavours.

About the author: Simona Bhagat is a passionate 10th grade student mentored by Ivy Aspire to achieve her educational goals.