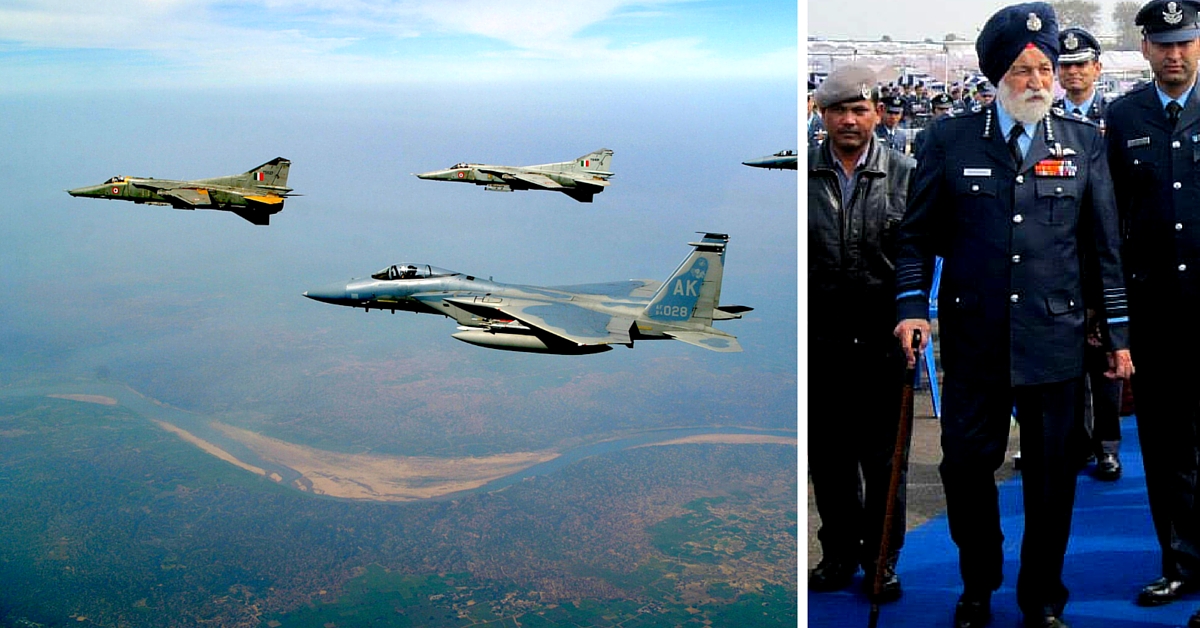 Air Marshal Arjan Singh is India’s oldest air force officer at the age of 97. To honour his dedication to the country, Chief of Air Staff Arup Raha announced on April 14 that the Panagarh air base in West Bengal would be renamed as Air Force Station Arjan Singh.

Singh had led the air force during the 1965 India-Pakistan war, where his tactical and strategic skills played a significant role in outdoing the Pakistan Air Force and earned him a Padma Vibhushan.

He was promoted to five star ranking in 2002, making him the only Indian Air Force officer to be given a distinction equal to a Field Marshal.

Air Marshal Arjan Singh comes from a family of dedicated warriors and soldiers. His great grandfather enlisted with the Guides Cavalry in 1854 and died during battle in 1879. His grandfather too was part of the Guides Cavalry between 1883 and 1917, while his father was a Rasildar and served during the two World Wars, retiring in 1943.

Air Marshal Singh became a pilot officer in 1939. He became Squadron Leader in 1944 and led the Arakan Campaign (the first allied attack into Burma), faced the Japanese army, and was awarded the Distinguished Flying Cross that year. From there, he moved up the ranks to Wing Commander in 1947, Air Vice Marshal in 1959 and Vice Chief of Air Staff in 1963, at 44 years of age. A year later, he joined the Chief of Air Staff in 1964, and served there for five years, including leading the initiative attack against Pakistan during the ‘65 war.

He retired from the Indian Air Force when he was 50 in 1969. He then served as Ambassador to Switzerland, the Vatican, High Commissioner to Kenya, and took up several other appointments within the Government of India. In 2002, he was appointed the Marshal of Air Force.

According to this NDTV report, the newly renamed Air Force Station at Panagarh, about 156 kilometres from Kolkata, will be equiped with heavy transporters such as the US-made C-130J, which will be used for special operations.