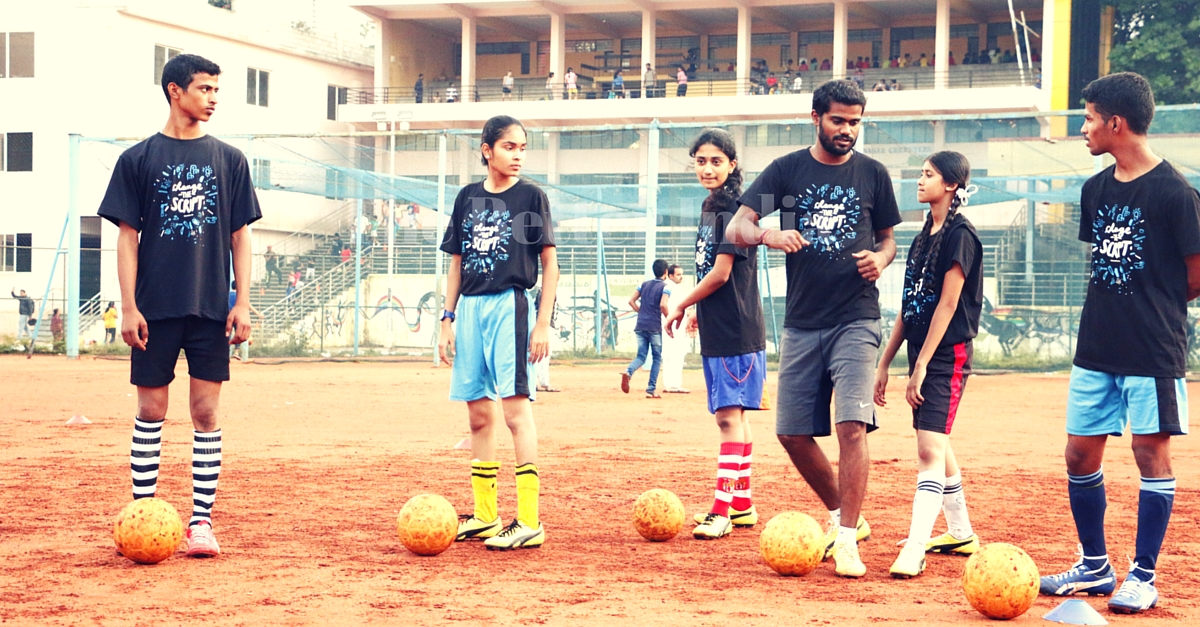 Dream a Dream, a charitable trust from Bengaluru, is making this dream come true for the children. All these children are part of the organisation’s after school programme, where they are asked to choose between creative arts and sports.

After a series of matches, the organisation chose these 4 children for the event.

Navnita, a class 9 student from Shubhodini English High School, chose football even though she had never played the game before. After diligent training, she became very good at the sport.

“I love football. Generally, learning a game like football means paying huge fees. But Dream a Dream’s programme gave me an opportunity to learn the game and use my potential. I think everyone must use it. I am so happy at the prospect of seeing another country for the first time because of my love for the game. I want to learn their culture, interact with people there, and be a key part of the festival,” she says.

Her favourite football player is Ronaldinho. She likes him because of the extraordinary skills he brings to the field.

Manoj, whose father is an auto driver, never liked football as he had trouble controlling the ball. However, he thought of it as a challenge and decided to train. This class 10 student loves the game now and feels that his concentration has improved.

Manoj says, “I was thrilled to have passed the tests and qualify for this event. I think it is a big opportunity and I am so very glad. Last year, a boy from our school was sent to Brazil and I wanted to do something similar. We are representing India and that according to me is the biggest opportunity of my life.”

Harshitha, a class 10 student from Stella Mary’s School, lives with her parents and an older brother. Her father is unwell and her mother works in a garments factory. Harshitha says, “Girls are hardly involved in sports. I want to be an inspiration to other girls so that they come out and play games like football. I have been lucky my mother encouraged me to do what I want.” This Ronaldo fan cannot wait to go to France.

Meanwhile, 15-year-old Arbaz Pasha is overjoyed to be a part of the team going to France. He has been practising hard since the last five years and says football taught him discipline.

The focus of the event is for underprivileged children to develop life skills. Pavithra, a delegation leader from Dream a Dream who is accompanying the students, feels that girls, especially, have a lot of dreams that go unnoticed. She hopes this festival will help them realise their dreams.

Dream a Dream is raising funds to send this team to France. For more details, visit this website.