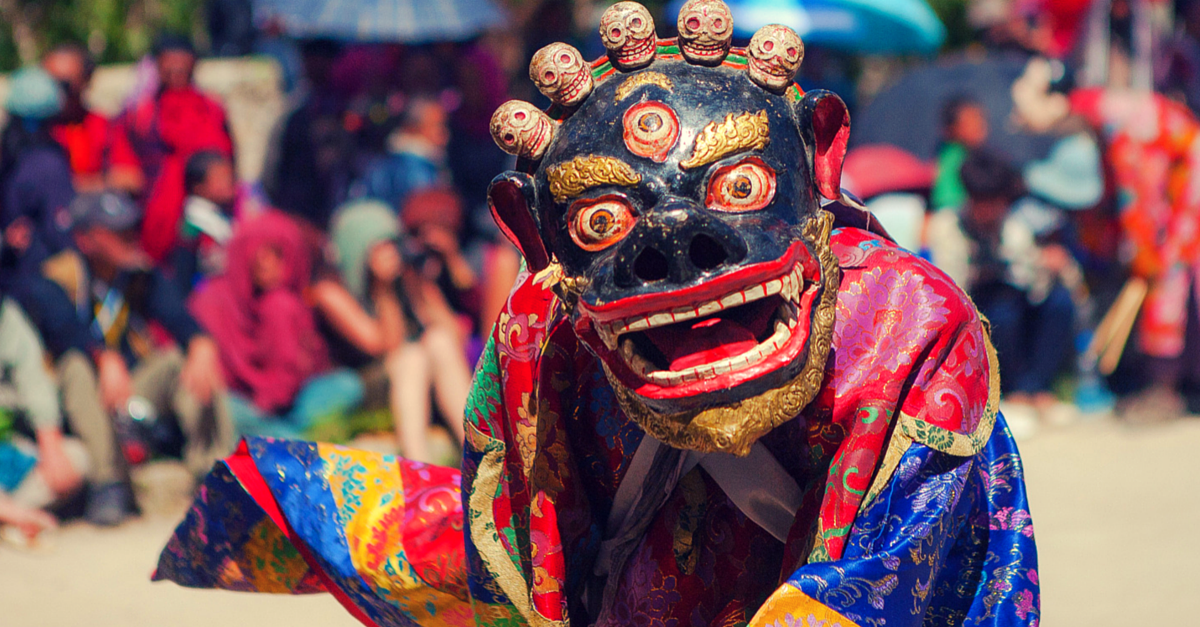 The Ladakh festival comes along each year and colours the region in many attractive hues. Here are some pictures of what the magnificent place looks like during the festival.

It’s Ladakh. The glorious “land of high passes”, with those shimmering lakes, the snow-capped mountains, the calmness in the air, and the beautiful, beautiful people. And in such a spectacular surrounding, it is that time of the year which is marked by celebration – it is the time for feasting, dancing, singing and celebrating the unique culture of Ladakh.

Every year, Leh and its villages witness the Ladakh festival – a festival organized by the Jammu and Kashmir Tourism department, to showcase Ladakhi culture. With numerous beautiful performances by various cultural troupes from across the region, the festival simply adds on to the already picturesque environment of Ladakh.

Traditional music, colourful costumes, the majestic pomp and show – it’s all worth a watch. Here is all that the festival entails, with some pictures of the marvellous land and its happy people. Enjoy! And if you find these tempting enough, you know where to head next for a dose of culture and celebration.

1. The festival gets inaugurated at Leh with a procession that includes people from different cultures across the region. They pass through the Leh Market, dancing and performing all the while, until they reach the polo ground.

It is a choreographed dance drama, with the popular theme showcasing the victory of good over evil. Sometimes the theme also revolves around some popular folk stories from the region. The dance is generally performed in the courtyard of monasteries before a large gathering

The exhibition in organized in various villages over the six day period. Thangka is a Tibetan Buddhist painting which usually depicts a Buddhist deity, some scene, or a mandala. Thangkas are traditionally kept unframed. They are rolled up when not on display, mounted on a textile backing in the style similar to Chinese scroll paintings, with a silk cover on the front.

4. The festival also includes a polo match which takes place in Leh.

5. A handicraft exhibition is organized through the festival. It takes place at the handicraft training centre in Leh.

Artists from across the state come with their art and handicraft items to participate in the exhibition.

7. The masked dance performances, from various parts of Ladakh, add on to the colour and joy of the show.

8. And of course the music.

9. The festival is enthusiastically attended by one and all.

10. The festival ends with a closing carnival at the Leh polo ground. The carnival passes through the streets of Leh, and is an unforgettable spectacle.