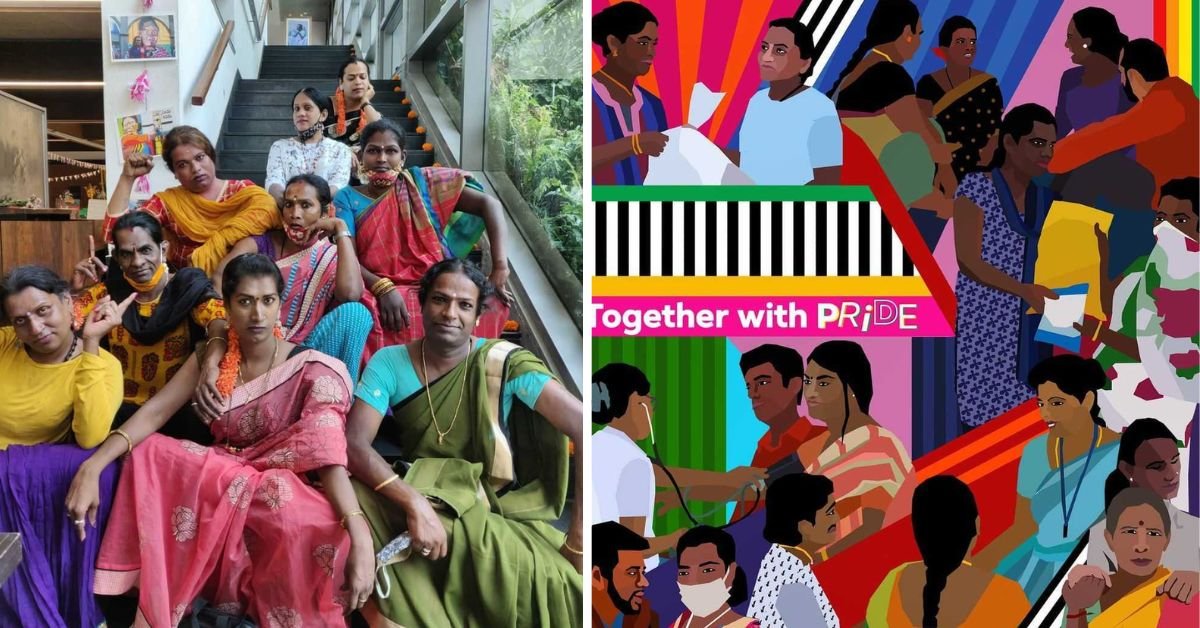 The Aravani Art Project, started by Bengaluru artist Poornima Sarkar, is helping the trans community share their joys, hopes, and dreams in the form of beautiful murals, while pushing them towards financial independence.

When Bengaluru artist Poornima Sarkar was helping British documentary filmmaker Tabitha Breese with a project, she had the chance to engage with several members of the trans community. This, she says, made her privy to both their joys, as well as their woes.

Understanding how their struggles had to be brought to the forefront, she formed the Aravani Art Project, an art collective, in 2016. The idea of the project was to challenge the stigma faced by trans persons by showing them as artists in the same public spaces where they beg and face abuse.

Experts, art enthusiasts and volunteers alike are part of the project. While the project first began in Bengaluru’s K R Market, it has now spread to cities like Mumbai, Jaipur, Chennai, and even the shores of San Francisco. Each chapter has livened up the city’s wall to depict not just the struggles that trans persons face, but also stories of their hopes and dreams.

What’s more is that not only is the project helping the trans community reclaim public spaces, but is also generating revenue — half goes to the artist, and the other is invested in buying paints and supplies, as well as essentials and medicines for trans persons.

As Poornima tells The Better India, “We had already been painting canvases on a small scale before the pandemic hit, and the objective was not to sell them. We just wanted to keep ourselves occupied. But we realised that the proceeds from selling these canvases could help a lot of members of the trans community. Especially those who are not economically sound enough to sustain during the pandemic.”

Today, the transgender community at large is happy with this venture. “A lot of people think that members of my community are only fit for sex work. But the work we are doing has made them realise that there are so many positive things that we are capable of doing. This is helping us gain respect,” says Shanthi Muniswamy, a trans woman associated with the collective.

To support the Aravani Art Project you can mail them at aravaniartproject@gmail.com or DM on their Instagram.