Bhopal Gas Tragedy: Doctor Conducted 876 Autopsies in a Night to Uncover The Truth 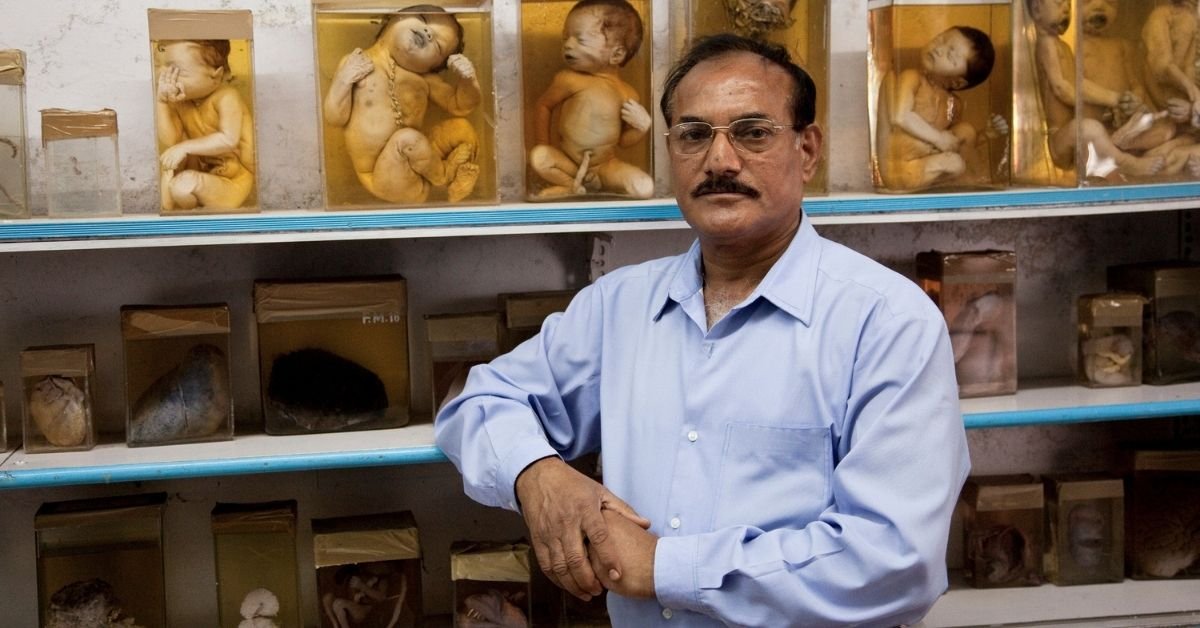 Bhopal Gas Tragedy: Over the years, Dr DK Satpathy from Madhya Pradesh says he and his team conducted autopsies on 18,000 bodies. He recalls the horrifying accounts that fateful night on 3 December 1984.

“At that moment when you are faced with hundreds of bodies, you feel dead inside. The only thing you can do is steel yourself and get to work. But, I must have cried some ten times the next day,” says Dr Divya Kishore Satpathy, a former forensic doctor with the Madhya Pradesh Hamidia government hospital.

As he narrates the night he saw hundreds of corpses ‘stacked one on top of another’—resulting from one of the worst industrial disasters in history, the Bhopal Gas Tragedy—he chokes up over a phone interview with The Better India. “What wrong did those innocent lives do? Why did they deserve to die such a horrid death?”

The now 74-year-old head of department and lecturer at LN Medical College in MP recalls that horrific night when he was first summoned from his deep sleep at 4 am on 3 December 1984.

“I was a senior forensic expert at the hospital and living at Idgah Hills. My professor and head of the department, Hiresh Chandra, came to my house and said, ‘Hurry and get to the mortuary. The number of casualties is beyond our imagination’,” he says.

A 35-year-old Satpathy set out in the wee hours of that cold December morning only to see a line of bodies from the masjid to the Gandhi Medical College. “Some were dead. Some were in anguish, some vomiting, some were being fed water… I crossed all of them to reach the emergency unit. Dr Deepak Kandhe, the casualty medical officer and my class fellow, was present on the scene. On enquiring, he told me that around 11 pm, three men came to him and told him about a gas leak from Union Carbide [India Ltd factory]. He said the gas made people cough and made their eyes burn,” Satpathy recalls.

Dr Deepak then phoned his senior and informed him, but his fears were assuaged when he replied that it couldn’t be such a dangerous gas. “‘It is just tear gas and will come off when washed with water,’ they told him.”

By 1 am that night, around 15 corpses were sent to the hospital.

When Dr Satpathy arrived, the bathroom in the casualty was filled with two rows of at least 30 dead people stacked one on top of another. The mortuary had at least 600 corpses.

The question then arises of how to conduct the post mortem of these nameless faces, as there were just four forensic experts present.

“Just as prisoners are numbered, we began counting the bodies as we conducted their autopsies. I allotted 10 corpses each to the interns and final year [medical] students, respectively, and instructed them to write down whatever identification markers (colours of clothing, bindis, jewellery) they could in whatever language they could write — English, Hindi, Marathi, Odia,” says Satpathy.

He had performed autopsies on 876 bodies that night.

On conducting the autopsy, they identified the cause of the mass casualty. Aside from frothing mouths and noses, red eyes and rashes, there was something more troubling. “We saw that the corpses had engorged lungs and that their blood was deoxygenated,” he says.

“This occurs when there is cyanide poisoning,” he asserts.

The next day, the team was informed of the gas leak from Union Carbide. A German scientist Don Derreira also arrived at the facilities and told the team to test their hypothesis further.

So they tested the urine of the worst affected victim with sodium thiosulfate. “We injected him with thiosulphate and found that the thiocyanate content had increased 10-fold. This meant there was cyanide present in his body.”

This is what led to the finding of the poisonous MIC gas, which was the main ingredient in Sevin pesticides manufactured by Union Carbide. The scientists had linked the cause to a backflow of water in tank E610 at the factory.

Nearly 40 tonnes of methyl isocyanate (MIC) gas, along with other chemicals, had leaked into the atmosphere of Bhopal from the Union Carbide India Ltd factory.

Over the years, Satpathy says, he and his team conducted autopsies on 18,000 bodies. “Union Carbide claimed that MIC could not cross the placental blood barrier of a pregnant woman to affect the foetus,” says Satpathy.

But on performing an autopsy on the body of a woman who was two months pregnant, he found that 75-80 per cent of toxic substances found in her were also present in the foetus.

This meant that the pregnant women survivors would give birth to babies with congenital disabilities.

Twenty years later, a power failure in 2006 destroyed the safely preserved tissue and samples that Dr Satpathy and his team had tried hard to save.

Today, he vociferously speaks of the shortcomings of the Indian Council of Medical Research and the governments who failed to investigate the tragedy and its implications on future generations.

On 7 June 2010, a Bhopal court convicted seven executives of Union Carbide India Limited (UCIL) to two years imprisonment in connection with the incident.

But Satpathy adds, “There should be an international law to know the A to Z of toxic chemicals before it is sanctioned for use in factories.”

“A disaster management system should have been implemented. But to date, we haven’t learnt anything. God forbid something like this happens again, we will still not know the ABC of how to manage the disaster,” he says.

Dr Satpathy concludes with a poignant point at the end of our discussion. He says, “If this tragedy were to take place in a posh area where ministers or officers of the state lived, the situation would be very different. But this happened where daily wage labourers and underprivileged resided so that’s why almost 40 years have gone by without anyone batting an eyelid.”