50% of Your Grocery Products Contain Palm Oil. Do You Know If It Is Sustainable? 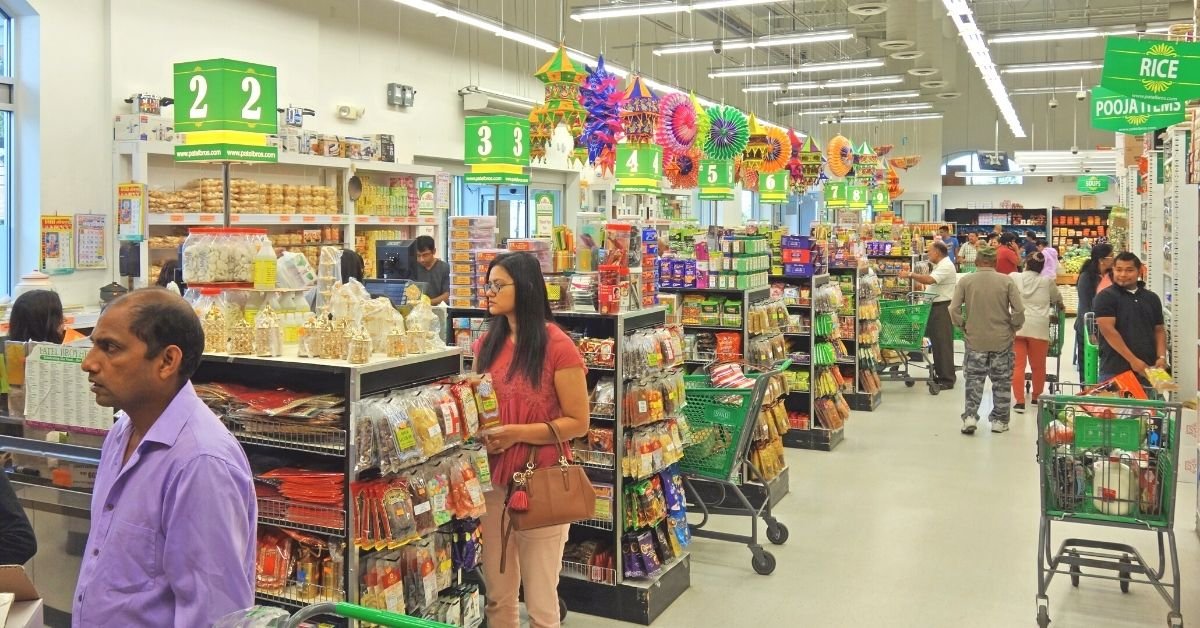 Palm oil is everywhere - from lipstick to chocolate. But are deforestation free supply chains possible, and what can you do to support it?

This article has been published in partnership with RSPO

From lipsticks to soaps and chocolates–palm oil is undoubtedly one of the most versatile and popular edible oils in the world.

But, when it has not been sustainably produced and sourced, this very popular oil has been known to destroy the habitats of native species like the Orangutan, Sumatran tiger and Sumatran rhino, and threaten the ecology of over 25 million hectares of forests!

However, despite its reputation, the oil palm tree is a highly efficient crop using between 4-10 times less land than any other vegetable oil crop on the planet. It also contributes to food security for the masses and improvement of livelihood for millions of smallholder farmers in India and around the world. According to a 2017 study, nearly half of all the products we use contain an ingredient of palm oil–these include edibles like chocolate, ice cream, cosmetics like creams and lipsticks, as well as our soaps, detergents and more. But the problem is not with the crop itself – it’s with the way palm oil is produced, particularly in the past, where cultivation practices included slash and burn techniques for land clearing among other unsustainable practices.

So the question remains–do we stop the use of palm oil completely or do we produce it in a sustainable manner? 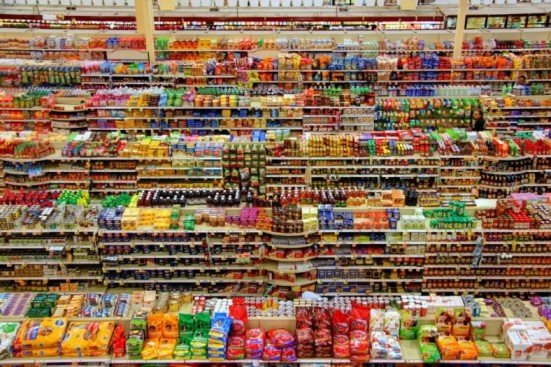 As per the United Nations Sustainable Development Goals (SDG) on Responsible Consumption and Production, systemic cooperation among stakeholders in the supply chain, from producer to final consumer can help “reduce future economic, environmental and social costs, strengthen economic competitiveness and reduce poverty”. Additionally, the Climate Action goals suggest international coordination to help developing countries achieve a low-carbon economy. Together, these SDGs vouch for sustainable, coordinated, and conscious efforts of cultivation and production.

When it comes to palm oil, several organisations across the world are taking the latter route. They are working with stakeholders such as cultivators, suppliers, and brands as well as governments to make oil palm cultivation sustainable. One among them is the Roundtable on Sustainable Palm Oil (RSPO), an international, multi-stakeholder organisation co-founded in 2004. RSPO unites stakeholders from the different sectors of the palm oil industry including oil palm growers, palm oil processors and traders, consumer goods manufacturers, retailers, banks and investors, environmental or nature conservation NGOs, and social or developmental NGOs to develop and implement sustainable, long-lasting solutions through credible global standards.
WWF, IUCN, Unilever and PM Haze are some organisations and businesses who are working to support sustainable palm oil practices, production and procurement.

The Journey of Palm Oil 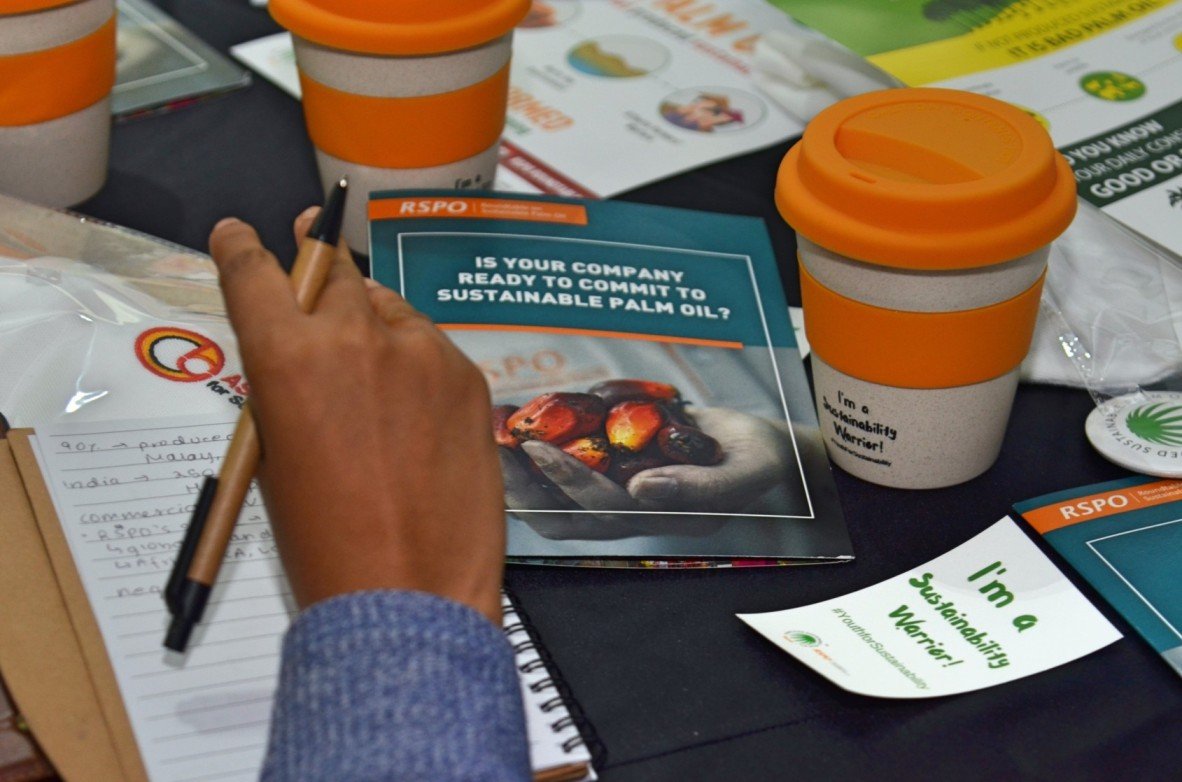 Palm oil is not a recent discovery, the oil palm (Elaeis guineensis) originated from West Africa and traces of it have been found in Egyptian tombs dating back to 3000 BC. Over the years, the oil started gaining popularity in other parts of the world– particularly in Europe. And with the Industrial Revolution, it became a highly sought-after commodity.

In 2018, the worldwide annual production of palm oil was 77 million tonnes. This number is expected to reach nearly 240 million tonnes by 2050. Since oil palms grow well in tropical areas, countries like Malaysia and Indonesia have taken the lead in its production. Together these countries account for about 13 million hectares of oil palm plantation– supplying 85 per cent of the world’s total production.

And, India consumes over 12 percent of the global supply!

Since 2001, our demand has increased by 230 per cent, but as we don’t produce enough palm oil, we import about 9 million tonnes every year–mostly from Malaysia and Indonesia.

Oil palm has been developed on various other types of land including degraded/disturbed forest, shrubland, pasture, other agricultural land/former plantations. Some oil palm has been developed on peatlands, which hold up to 28 times the carbon as a rainforest growing on mineral soil. If a single hectare of peatland is converted to oil palm, it can release about 6000 metric tonnes of carbon dioxide. The destruction of rich forests also takes away the homes of thousands of animals, including endangered species like the orangutan, rhinos and tigers.

The sheer amount of consumption and imports signal that we must adopt sustainable practices to lower the carbon footprint. Many have suggested we end the production and consumption of palm oil completely. But is the idea of not using palm oil a sustainable and viable solution?

No. In fact, it can cause more damage than good. This means if we stop producing palm oil and shift to other oil crops, it will lead to more destruction of forests and biodiversity.

Instead, what we need is regulations, sustainable practices, and a shift in norms to reduce the carbon footprint and environmental impact of oil palm cultivation.

Why should we demand sustainable palm oil?

“A boycott of palm oil means companies buy alternative oils that require 4-10 times more land, water and other resources that could cause more damage to the environment. As it currently stands, oil palms produce roughly 35% of the world’s vegetable oil on less than 10% of the land allocated to oil crops” according to an IUCN report.

Some of the key steps taken by RSPO to make sustainable palm oil the norm: 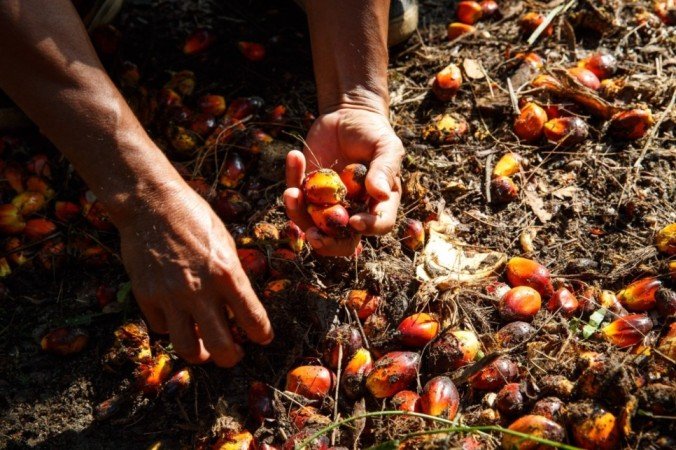 Until sustainable palm oil becomes the norm, it is important for consumers to understand that there are different ways that palm oil can be produced. Labelling products that contain Certified Sustainable Palm Oil (CSPO) and the use of the RSPO Trademark on products are simple ways for consumers who do not know anything about palm oil, to easily identify “sustainable” palm oil.

(Written by Tanvi Patel and Edited by Gayatri Mishra)