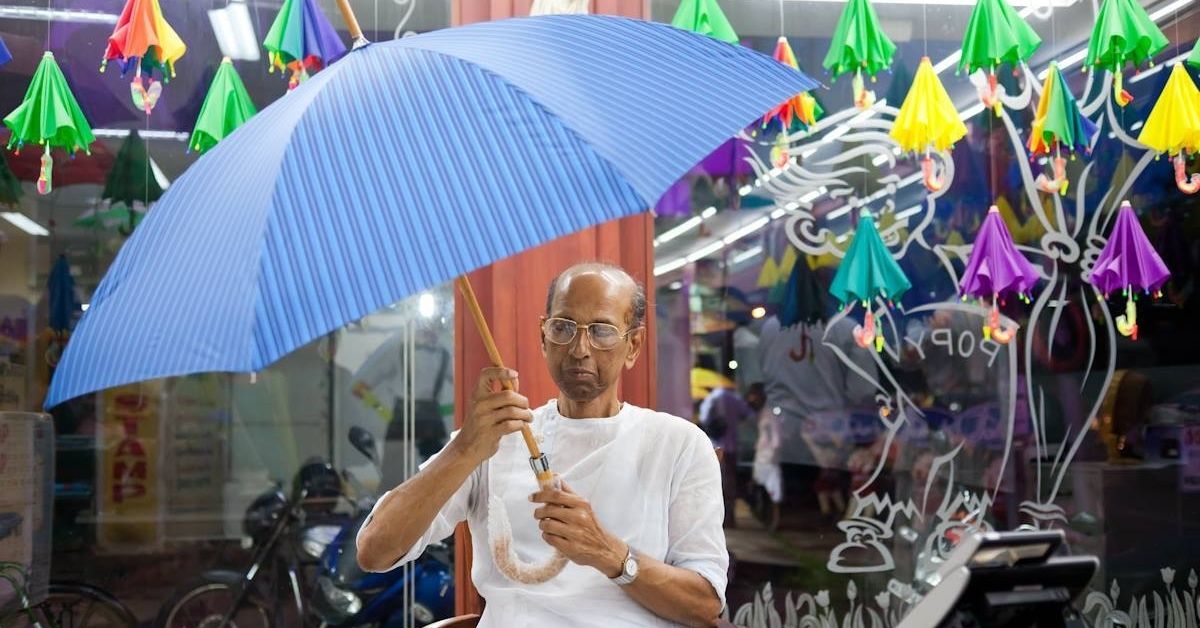 From neon baby-sized umbrellas to ones that have Bluetooth connectivity and a fan, Kerala’s popy umbrellas have explored every level of innovation in the past 25 years.

The week before school reopens every year, there’s a mandatory ‘shopping for school’ time that entails a trip to stationery stores, finding the perfect bag and even going to the nearest Bata store to buy a new pair of black and shiny shoes. In Kerala, in addition to this checklist, there’s one other item that children never seem to miss- The latest Popy umbrella.

In 25 years, Kerala’s top umbrella brand, Popy, has transformed the identity of the umbrella from being a mere commodity into a ‘must-have’ product.

Ever since its inception in 1995, it’s catchy jingles, and quirky products have made Popy a household name across Kerala. Popy has also gone on to become one of the most well-known umbrella brands in the country.

From neon coloured baby-sized umbrellas to ones that have Bluetooth connectivity and a fan, popy umbrellas have explored every level of innovation.

And yes, there is a fascinating history behind the brand as well. We delve into the history of the brand and explore how one family created an umbrella empire in Kerala.

Umbrellas That Run In The Family 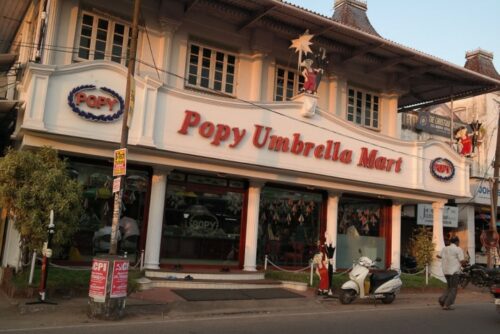 The history of Popy traces back to the 1950s when Thayyil Abraham Varghese, fondly known as ‘Kuda Vavachan’ started the St George umbrella manufacturing brand in 1954.

After the demise of Abraham Varghese in 1968, the brand went ran on for two more decades. But in 1995, his sons Baby and Abraham decided to split into two separate brands, namely John’s and Popy.

For over 25 years, these two brands have been the undisputed umbrella emperors in Kerala – winning 70% of the market share together, with a turnover of Rs 100 crore each.

The current owner of Popy Umbrellas is one Davis Thayyil, though the next generation is already stepping up.

Davis Thayyil’s son, Kevin Thayyil, 24, who has just stepped into the family business last year, has seen the rise of the company throughout his childhood.

“During my school days, my classmates would ask me about the new umbrellas that were yet to be launched, and they would always be curious to know what the quirky element for that year would be,” he explains. 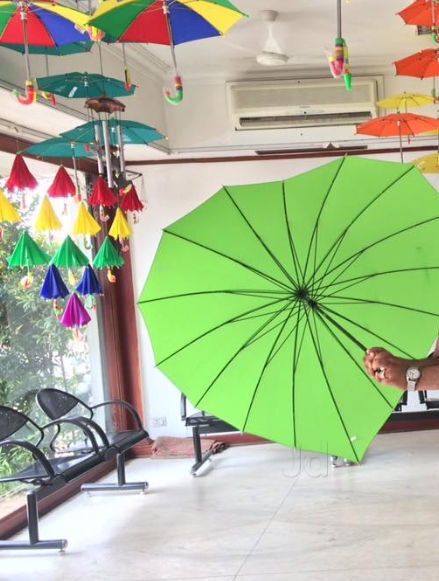 “My father, on the other hand, would always come to me for feedback on the products and would consult with me to see whether children enjoyed the products. Even my grandfather for that matter was very keen on knowing children’s opinions, and I think that was one of the biggest winning factors for the brand,” he adds.

So why the name Popy?

“My grandfather’s younger brother was diagnosed with down syndrome and couldn’t speak until the age of 8. One of the first words he said was ‘Popy’ referring to his favourite candy- Poppins.

This became a word that symbolised happiness and joy to the family, so my grandfather decided to go ahead with that name for the brand,” Kevin explains.

How Children Became The Biggest Campaigners For Popy

Ever since its inception in 1995, Popy has been on top of their game when it came to marketing and were one of the first few brands in Kerala in the 90s to go with catchy jingles and ads that caught the attention of adults and children alike.

“Mazha Mazha, Kuda Kuda, Mazha Vannal Popy Kuda (Rain rain, umbrella, umbrella. When the rains are here, it’s time for Popy umbrellas) – this jingle became an anthem for 90s kids in Kerala. Over the years popy umbrellas became a cultural icon for Malayalis all across the world,” says Anita George, a journalism student based in Kochi.

“By mid-2000s we started focussing on children’s umbrellas and started coming out with products in a wide variety of colours along with added elements like lights and whistles and even umbrellas that fit on your head,” Kevin explains.

“It was all the rage, school children would line up at our different outlets across Kerala by May to make sure that they get their favourite cartoon characters’ umbrella,” he adds.

Popy even came up with the ‘Popy Kids Club’ where children could dial their number and speak to a fictional ‘Popy uncle’. This became an instant hit with the younger fans of Popy and saw almost 8-10 lakh children signing up as members of the club.

“Unlike any other Indian brand, the children have been our biggest ambassadors. Although the quirky umbrellas didn’t sell like the regular ones, they did all the marketing for us,” Kevin explains.

Keeping Up With Trends

Over the last 19 years, Popy has developed about 150 models of umbrellas with various features like ultra-violet silver coating, water-repellent technology, wind-proof technology and even uni-chrome gold plating to prevent rusting.

When Tata launched the Nano car in 2009, Popy was quick to launch their very own ‘Popy Nano’ umbrella which the brand claims to be the ‘world’s largest small umbrella’. Priced at Rs 600, this three-fold umbrella measures upto a palm’s size (16cm), and became a big hit that season.

“Over the decade we also came out with umbrellas with GPS trackers, a selfie stick umbrella and even one with Bluetooth connectivity that could allow people to attend calls and listen to music through the handle of the umbrella,” Kevin explains.

This year has been incredibly challenging for us with the pandemic in force. Especially with schools shifting to the online space, we missed out on the reopening season, but we do have an exciting range of umbrellas that we hope to release at least next year,” he adds.

The prices of the umbrellas range anywhere between ₹100 to ₹6,000 and the brand has exported their products to the US, Europe and other parts of India over these two decades.

“As a brand we wanted people to remember us not just during the monsoons but throughout the year, and I think we’ve been able to achieve that through the quirky and innovative additions we’ve brought to the umbrellas,” Kevin explains.