From Fish to Avocados: Here’s What Not to Put on Your Plate in 2020 Just like how charity begins at home, care for the planet begins on your plate.

The climate crisis and its potential to wreak havoc on life is one of the most pressing issues today.

One of the biggest contributors to this crisis is the food industry, and its negative impact on the environment has started to show—now, more than ever.

While there are tons of things you can do to save the planet, one of the most helpful would be to tweak your diet.

Below are some of the foods that pose the most threat to the health of our home—the Earth. Let’s give this more than a passing thought and become slightly more mindful while eating. While these exotic fruits pack in a lot of nutrients for a healthy body, half a kilo of avocados need about 272 litres of water to grow. That is thrice the amount required to grow potatoes!

Avocados are especially bad when grown in drought-prone areas such as California and Chile. It’s best to give up on them entirely; but if that’s too much to ask, consider buying the New Zealand variants whenever you do. As more and more people gravitate towards this edible seed—growers are struggling to keep up with the demand. Just like avocados, almonds too need a lot of water in their production.

What’s making things worse is that the growing community of vegans world over want by-products of the nut such as almond milk, almond flour or even almond butter—to go as a plant-based substitute for their dairy products.

While there’s no contesting how nutrient-dense the nut is, the amount of water needed to produce a single piece of almond is 4.1 litres. Yes, that blows our mind too. The production of this exotic vegetable isn’t exactly the culprit, according to PETA. What makes it contribute to the warming of our planet is the air miles it gives off to make it available in different parts of the world.

That significantly increases the greenhouse gases associated with asparagus. 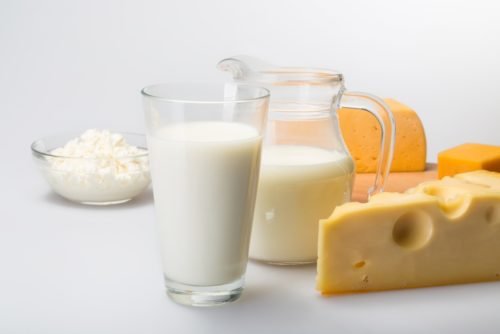 Aside from the unethical treatment of animals to obtain milk and cheese, the dairy industry alone has a staggering amount of carbon footprint on the planet.

Milk production impacts the environment in that the cows (there are about 270 million dairy cows in the world, according to WWF) and their manure produce harmful greenhouse gases. The poor handling of manure and fertilizers degrade the local water resources, and unsustainable production practices can lead to a complete wipe-out of ecologically important areas, such as prairies, wetlands, and forests. Beef is the single-most climate-damaging of all foods. It is closely followed by other red meats, chicken, and seafood such as fish and prawns. Here’s some data to prove that: one pound of beef translates to 57 pounds of CO2, the equivalent of burning 2.6 gallons of fuel in your car; bacon gives off 17 pounds of CO2 per pound of meat; every pound of chicken results in 11 pounds of CO2 and per pound of fish give off about 7.5 pounds of CO2 emissions.

If asking you to give up meat entirely is pushing it, how about you start by limiting your intake to say, avocados every fortnight, and one chicken meal every two days? It will be a significant contribution towards mitigating the effects of climate change, and you will be doing your body a huge favour too. Doesn’t sound all that bad, right?

Also, there are tons of organic and sustainable foods that you can add to your diet. They come with the promise of maintaining a healthy you and a healthy planet. Follow this link for more.

You may also like: From Heart Health to Stress-Relief: The Many Benefits of Eating Buckwheat