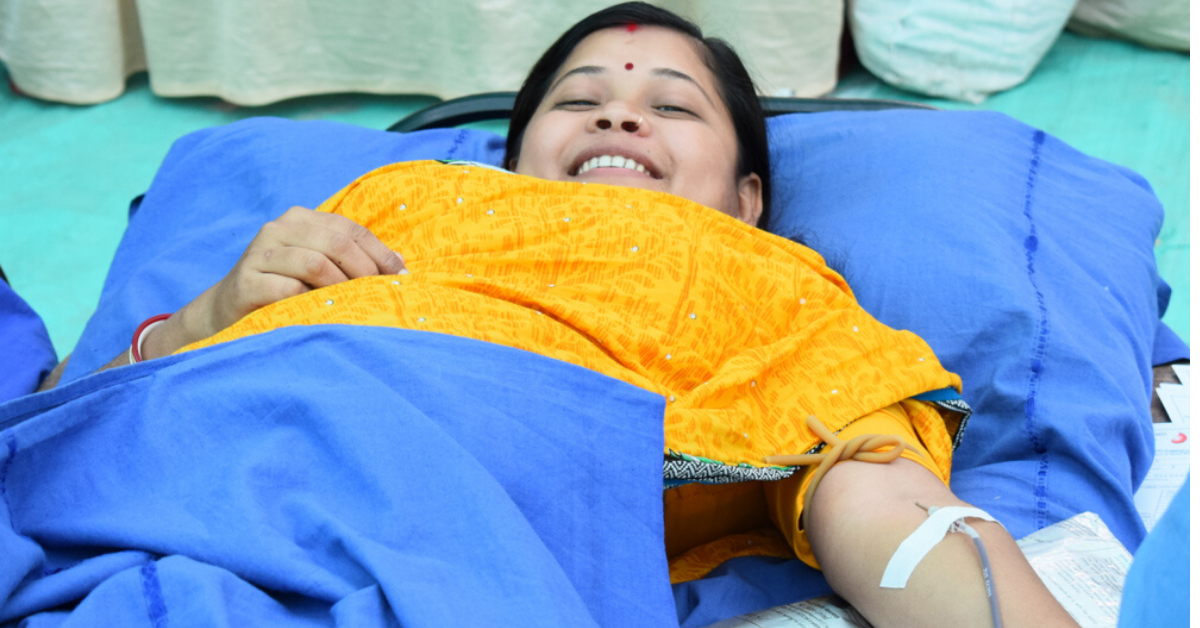 Suffice it to say, blood donation is the need of the hour. Despite its potential to save lives, many myths shroud the procedure of blood donation which makes people reluctant to donate their blood.

India has the world’s largest shortage of blood. In 2017, the country was short of nearly 41 million units, says this study published in The Lancet.

Suffice it to say, blood donation is the need of the hour. Despite its potential to save lives, many myths shroud the procedure of blood donation which makes people reluctant to donate their blood.

In this article, Dr Bhargava helps clear the air and dispel eight myths about blood donation.

“Your decision to donate blood will not make you weak. On the contrary, it can save a life, or several lives if your blood is separated into its 4 components – RBC, platelets, plasma and Cryoprecipitate (cryo). If you donate blood it can help four people in one go.”

“An average adult has about 4.5 to 5.5 liters of blood circulating in the body. For blood donation, it is ideal to donate 300 ml of blood. This much amount does not make you weak. The amount of blood you donate is replenished within merely 15 to 20 minutes. One needs to understand that blood can neither be manufactured nor grown in any external environment. The only way it can be replenished is from within the body and therefore donating blood will lead to the production of more blood,” says Dr Bhargava.

Myth 2: One Should not Donate Blood Very Often

Dr Bhargava says that a healthy person can donate blood once every three months.

“If you are considering donating platelets, the same can be done once every three days. It is believed that donating blood helps the donor by reducing blood pressure, heart attacks, blood glucose and strokes. It also helps in reducing risk of damage to the pancreas and liver,” he says.

Myth 3: Those with High Blood Pressure Should not Donate Blood

Dr Bhargava shares that if your blood pressure reading falls between 180 systolic and 100 diastolic, then blood donation can be done.

“Donating blood helps with stimulating the generation of new blood cells which in turn makes the donor feel energised,” he adds.

However, one must eat well and at regular intervals and consume plenty of fluids before and after the blood donation.

“On the contrary donating blood helps in burning calories,” says Dr Bhrgava, “It also helps in reducing iron levels in those who have excess iron level, since an excess of iron level in the body can be harmful. It can deposit itself into different organs of the body like liver and heart and impact the way these organs function.”

Word of Caution: Donating blood can the level of iron but it should be done in strict consultation with your hematologist.

Myth 5: If You are Thin – You Cannot Donate Blood

To donate blood you should:

“A healthy person, to donate blood, should have a hemoglobin count of 12 or more. Apart from hemoglobin count, blood pressure, blood group, pulse rate and body weight is also taken into consideration,” shares Dr Bhargava.

There must have been at least one time in your adult life that you underwent a blood test. Was it that bad?

“Blood donation is not painful,” says Dr Bhargava, “It only requires a needle prick and the patient is done with the donation in about half an hour.”

If one were to take into account the time that it takes to fill out the forms and have refreshments provided at the end of the donation, the entire process will take you not more than one hour.

One’s dietary preference does not interfere in your choice to be a blood donor. “Vegetarians can donate blood. Any human being whose hemoglobin count is more than 12 and fits all the other prerequisites is free to donate blood,” shares Dr Bhargava.

Do ensure that after you have donated blood, you consume iron rich foods to replenish the blood fast.

As a word of caution, Dr Bhargava urges all donors to ensure that a fresh needle is being used.

We have a responsibility toward the society we live in. And we must also accept the reality that we might just be one of those who may need blood in the future. To expect others to contribute while abstaining to do so ourselves, is nothing short of selfishness.

Blood transfusions are needed for patients suffering from injuries, cardiovascular diseases, anaemia, sickle cell disease, hemophilia, seasonal cases of dengue, and cancer, among others. And if we don’t donate blood, who will?

While we have taken utmost care in putting this piece together, do consult with your medical practitioner before you decide on donating blood.