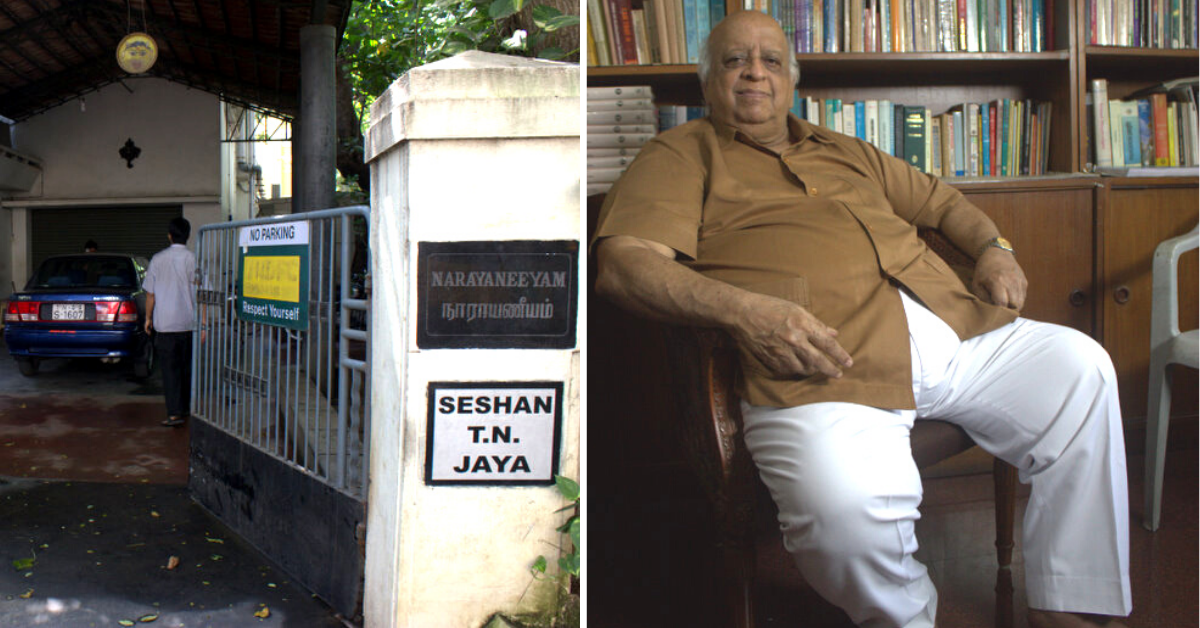 The former Chief Election Commissioner, who completed his education in his hometown and Chennai, told me about the time he could not secure an admission in an engineering college when he was asked about the actor Shivaji Ganesan.

Known as the man who changed the face of the Indian Electoral System, TN Seshan passed away due to cardiac arrest on Sunday, 10 November in Chennai. He was 86.

Today as I sit down to pen this tribute, the memory of an interview I took nine years ago at his home in Chennai’s Alwarpet area, comes knocking. I had just been starting out as a journalist. I remember reaching his home 15 minutes early because I had been warned about how much he hated people being late.

Looking to buy books for children? We have you covered, head here for a wide range.

Before the Electoral Commission

Although the internet states his birthdate to be 15 December 1932, in my interview with him, Sheshan told me that it was 15 May 1933.

The former Chief Election Commissioner (CEC), who completed his education in his hometown and Chennai, told me about the time he could not secure an admission in an engineering college when he was questioned about the actor Shivaji Ganesan.

“I was asked whether I knew of Shivaji Ganesan, a very popular actor from the South film industry. I answered in the affirmative and the interviewer went on to ask me how many movies the actor had done,” he said.

He studied Physics at the Madras Christian College, winning a gold medal for outstanding performance. Given how well he performed as a student, he was offered the position of a lecturer at the same college and worked there for two years.

In 1953, Seshan appeared for the police service examination and topped it. Wanting to join the administrative services, he wrote the Indian Administration Examination in 1954 and topped that too. His three-decade long service started off with Coimbatore.

Sheshan shared that the one thing he cherished the most about all the posts he had donned was being fiercely independent. “I cherish my rigid attention to integrity,” he said.

There was a time in his career, specifically 2 June 1962, when he was moved to six different departments in a span of one day. While he started his day at the rural development office, a tiff with a senior saw him being posted to six different posts and he ended the day as the Director of Women’s Welfare.

Even as he narrated this, there was not a moment of regret – what kept him going was the knowledge that he was right.

During his tenure as the CEC, Sheshan brought in a number of fundamental changes. These included the strict implementation of the Model Code of Conduct, stringent monitoring of poll expenses, issuance of Voter IDs for all eligible voters to curb bogus voting, and even going to the extent of asking the then Prime Minister, Narasimha Rao to dismiss two sitting ministers for poll code violations.

Sheshan showed the country and by extension the world, how free and fair elections on such a large scale can be conducted. No wonder then, that he was awarded the Ramon Magsaysay Award in 1996 for Government Service.

It was not hyperbole when newspapers captioned him as the Indian politician feared only two people – God and TN Seshan.

A true inspiration for all aspirants and officers, T N Seshan and his commitment to integrity will always be looked up to.

Also Read: Death of a Friend Pushes 27-YO to Create Rescue System For Road Accident Victims!