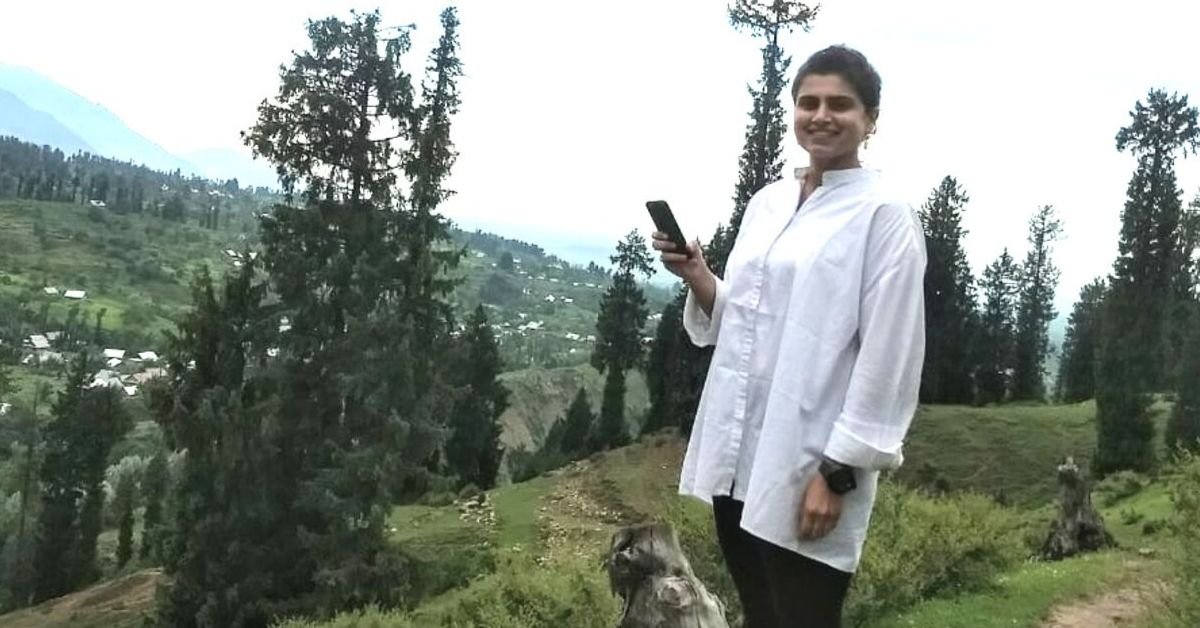 "People around me were frustrated, panicked and dead scared. Some of them even wanted to try escaping under the nose of the terrorists." #Respect #RealLifeHeroine

Mumbai, 26 November 2008, around 9:30 PM. Mallika Jagad heard indistinct sounds of gunshots. She and the 60-plus guests in the heritage wing of the Taj Hotel thought it was the sound of fireworks at some wedding, since it was the wedding season.

Sadly, Mallika’s first guess had been right on point. They all had heard the staccato sounds of gunshots but it took them a while to realise the gravity of the situation.

Make the planet a better place by going green today. Shop anything and everything sustainable for all your needs

“I had no clue whether it was a single man with a small gun or a terrorist with automated machine guns. But I just received this update that he was going to target the VIP guests in the hotel, most of whom were with me in the banquet hall. I immediately knew that my team and I had to protect them, till our last breath,” narrates Mallika, who was an Assistant Banquet Manager at the Taj Hotel at the time.

The hapless and panic-stricken people in the iconic Hotel came to know about the terror spreading through the Maximum City later.

Let me remind you that this was the pre-digital era, where our boxy feature phones did not send any news update. After a while, guests started receiving a flurry of frantic calls and texts on their phones, mostly from their panicked families. By that time, the news had spread that there was a gunman on the loose in the hotel, says Mallika.

26 November 2008 will always remain a black day in the history of India. The multiple terrorist attacks that shook Mumbai for three days, claimed the lives of over 150 people and endangered thousands more. And the trauma and grief continue to haunt the city till date.

And Taj Hotel, one of Mumbai’s most recognisable heritage buildings and a favourite among international tourists happened to be one of the prime targets of the militants. As portrayed quite vividly in the movie, ‘Hotel Mumbai’ starring Dev Patel, the surviving guests and staff of the hotel had a near-death experience on the fateful night.

On the same night in the same hotel, Mallika faced and lived through the nightmare to tell its tale. Mallika, 24 at the time, was in charge of a banquet conducted by Unilever. Most of the banquet halls and suites in the Taj were thronging with the who’s who of the corporate world attending the gala event.

The moment Mallika and her team understood the danger the guests were in, they shut all the doors and cordoned off the area around the banquet hall. The keys were with the banquet in-charge who was held up in his room, separated from the banquet hall by a long corridor. As the slightest movement could have given the terrorists a lead about their whereabouts, the banquet-in-charge flung the bunch of keys across the corridor towards Mallika. Together with the hotel staff, Mallika locked the doors and switched off all the lights. After closing every single door and window, the guests were asked to settle down on the floor and stay quiet.

Needless to say, a lot of commotion prevailed as the clueless guests kept up a barrage of questions. Mallika tried her best to pacify the frantic lot but she herself had little understanding of the situation. “I kept on calling the hotel authorities but hardly anybody had any clear answers to our questions. In fact, for the first few hours, we did not even know that the gunmen were terrorists,” she recalls.

Later, the guests started receiving news about the attacks all over Mumbai, as their worried families and friends continued to call. In the darkened room, the deafening silence was occasionally interrupted by a few whispers, sighs or murmurs. Amid all of this, Mallika maintained her calm, keeping her eyes and ears open for signs of danger.

At one point, people were getting restless. Some even suggested trying to get out of the hall and escape. I knew that if even one person gets caught while escaping, everyone else’s life will be compromised the same instant. So we tried our best to contain the crowd of some 60-65 people.

By that time, news had reached Mallika that the terrorists were not taking any hostages; they were just shooting people at sight, not sparing children or women. They were even knocking on rooms and shooting guests the moment they answered the doors.

There were also frequent sounds of blasts, as the terrorists flung grenades, setting places ablaze. Mallika and her guests were trapped in the wing where the woodwork architecture would have caught fire easily.

Meanwhile, some of the guests were running out of patience and one wrong move could have endangered the lives of others in the hall. Mallika painstakingly explained the reality to each of them and consoled them so that they do not have any medical emergencies in a fit of anxiety.

At around dawn, some of the smoke poured into the room from the crevices of the doors and windows, setting off the water sprinklers. The sudden incident threw the guests into a frenzy of shrill cries and screams for help.

I have always had tremendous faith in the Indian Armed Forces. So around early morning, when I learnt that the Army has arrived, I heaved a sigh of relief. I had strong belief that we were finally safe, reveals Mallika.

It was only after a while that she understood the true danger she had bravely overcome while saving many lives in turn. The incident served as an eye-opener for her.

“Before the 26/11 experience, I had no idea that I can be so calm and think clearly even in the face of imminent danger. As I now tell everyone, I realised that night, that we should never give up hope, until the very end.”

More than a decade later, Mallika Jagad, who now works in a leading position at Tata Trusts, is still revered as the saviour by all of her guests at the Taj. Mallika herself believes and reiterates to everyone that our true nature shows in the face of such unprecedented crisis. In the face of death, Mallika’s natural instinct was to save the lives of others. A nobility of nature that speaks of respect for all human life.

Also Read: “Please…Go Back”: How a Few Words by This Man Saved Hundreds of Lives on 26/11