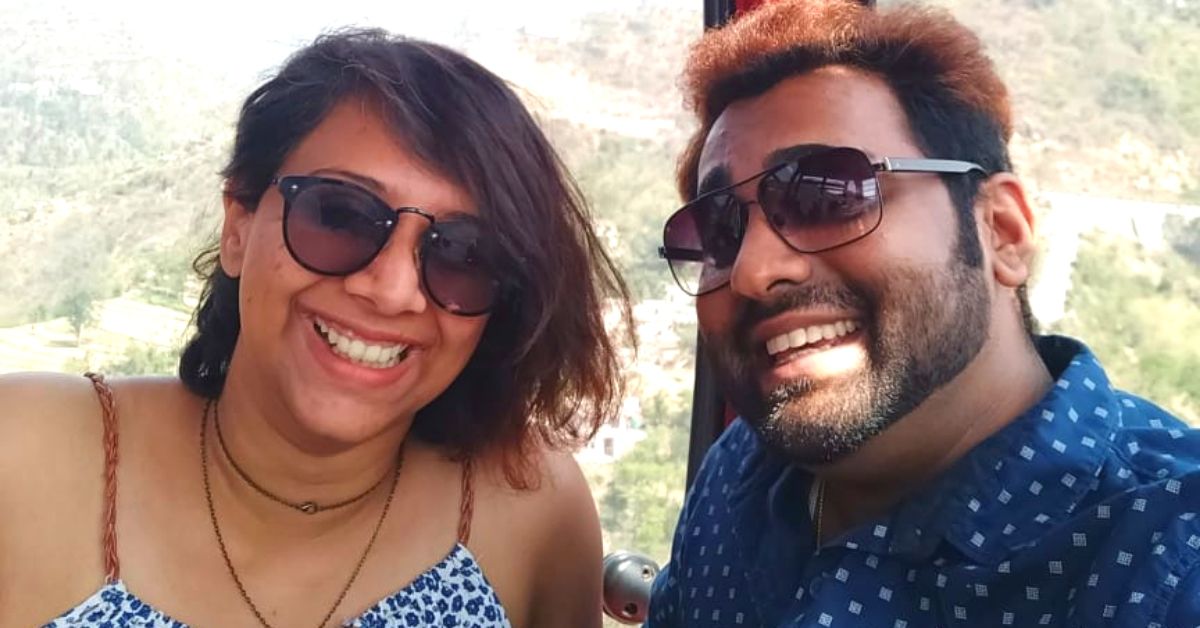 Did you know 8 million trees are cut every year to make 20 billion pencils worldwide? Now think of the happy implications if all those waste newspapers could be repurposed into eco-friendly pencils that don’t break.

As a child, I would always throw away my pencil once I used half. It was uncomfortable to write with them, but the real reason was peer pressure, as most of my classmates did the same.

Switch to eco-friendly pencils. Check out Dopolgy products at The Better India Shop.

For children, it is difficult to understand or even process the fact that eight million trees are cut every year to make 20 billion pencils worldwide. Unfortunately, even now, grown-ups fail to realise the massive deforestation globally.

However, when Akshata Bhadranna and Rahul Pagad from Bengaluru learnt about the grim figures, it served as a wake-up call that eventually gave birth to Dopolgy in September 2018. It is an organisation that sells eco-friendly products.

While this was the trigger, a series of events motivated the couple to switch to an eco-friendly lifestyle.

After moving back to Bengaluru from Indonesia, they saw the extent of plastic in household items, including utensils, home decor, clothes and shoes, all of which were transported from Indonesia to India in plastic packaging.

Recalling that the move served as a wake-up call for them, Akshata tells The Better India:

Indonesia is the world’s second largest plastic polluter as the usage of plastic is rampant in the country. It was strange that we did not realise the consequences until we came back to India. Even spoons were covered in plastic. It triggered us to make some lifestyle changes.

It started with the couple reading and watching videos on plastic pollution, which pushed them to give up plastic bags. Gradually, eco-friendly glasses, cutlery, soaps and loofah, replaced the plastic ones. The couple also started composting wet garbage at home.

During the switch, they saw how costly the eco-friendly products were, “It is not feasible to purchase a bamboo brush at Rs 200 if we change it every four months. Eco-friendly products, unfortunately, are considered a luxury. We wanted to make it a common man’s product. And so, with our savings, we started Dopolgy,” she says.

Initially, the duo sourced affordable eco-friendly products like loofahs, pencils, and toothbrushes from manufacturers at low prices and sold them on their website. They also took the products offline in mass events.

The response was phenomenal, which pushed the couple to take the next step by handling the manufacturing process as well. Rahul quit his marketing job and dedicated his time to developing the products. They imported a machine from China that manufactures pencils from discarded newspapers.

Pencils are used by all age groups, and it is the smallest item that can be replaced with ease without making any life-changing efforts. During our brainstorming sessions, we learnt that over eight million trees are cut to make pencils annually. To reduce deforestation, we began our newspaper recycling journey.

So far, the duo has manufactured 10,000 pencils by recycling around 6,000 newspapers!

Apart from this, the duo also sources different types of seed paper like jasmine, marigold, coriander and onion from wholesale manufacturers and converts them into beautiful card pieces. Other products from these paper varieties include wedding cards, invitation cards, postcards, visiting cards, among others.

One of their best projects was on International Women’s Day this year. A corporate had ordered 150 seed cards on which female workers wrote their biggest fears and worries. The cards were torn, and the seeds were planted. 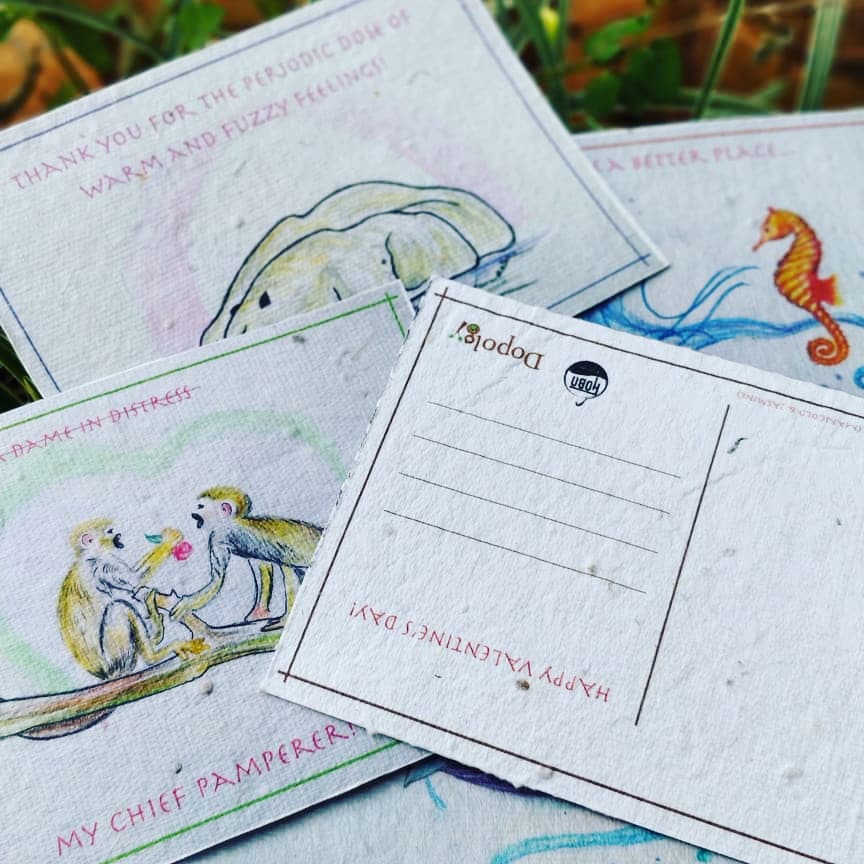 The symbolic exercise was done to bury their stress and problems with the help of seeds. It was also a gesture to give back to the society, says Akshata.

Now that the couple has sold their products in different cities including Mumbai, Delhi, Panchkula, and Amritsar, they plan on expanding the organisation by manufacturing other stationery items. Currently, they are working on making sharpeners from waste tetra paks and rulers from recycled plastic.

Although there is increased awareness about using eco-friendly products that do not harm the environment, it is a long road ahead, the couple believes.

Switch to eco-friendly pencils. Check out Dopolgy products at The Better India Shop.