There have been several times in the history of the world when people have come together in large numbers to support a cause and created history. Here is a list of 9 such powerful citizen led movements in India that changed the country forever!

There have been several times in history when people have come together in large numbers to protest against an injustice or support a cause, and created history. Here is a list of 9 such powerful people’s movements in India that changed the course of the country.

The recent attack on Charlie Hebdo has given a whole new meaning to Freedom of Speech.

The attack that took place on January 7, 2015 was despicable and killed 12 at the office of the French satirical newspaper, including the editor. Since then there has been a wave of supporters who came out in the open to extend their support to the newspaper.

“Je suis Charlie” or “I am Charlie” slogan was adopted by the supporters of free speech and freedom of expression. First used on twitter, the slogan became one of the most used hash tags in the history of Twitter. The campaign spread worldwide, thousands of people came out on the streets and raised their voice against the attack.

India, too was not untouched by the wave.

While many media publications were found to be reluctant to openly support the movement and held back from sharing controversial cartoons of Charlie Hebdo, the general public showed their full support on social media platforms and even offline campaigns.

Such citizen movements are not new to our country. In the past, India has seen some of the most powerful people’s movements which led to some of the landmark decisions and brought the entire nation together. The movement which started during India’s struggle for freedom focused on removing the British Empire from power by becoming Swadesh i.e self sufficient. A lot of Indians came forward in support of the movement and boycotted foreign goods. They burnt all the imported clothes they had, boycotted British products and revived the production of domestic commodities. It gave people the power to speak against the authority and the courage to express their views. Probably one of the most noted movements in Indian history, Satyagraha brought thousands of people together in a peaceful way. The non-violence movement started by Mahatma Gandhi to send the British back to their country and leave India free of foreign rule did eventually taste success. A social movement aimed at the protection of Silent Valley, an evergreen tropical forest in the Palakkad district of Kerala, started in 1973 brought many activists and people together. The protest was focused on stopping the valley from being flooded by a hydroelectric project. The controversy surrounding the valley still exists and people are still waiting for the final result. Based on Gandhian principles, the Chipko Movement or Chipko Andolan saw people protesting against deforestation by hugging trees to stop them from being cut. Led by Chandni Prasad Bhatt and Sunderlal Bahuguna, the protest started in the early 1970s when a group of women opposed the cutting down of trees. Their actions spread like wildfire and hundreds and thousands of people across India came out in support of the green movement. It was a Dalit movement to change the name of Marathwada University in Aurangabad to Dr. B. R. Ambedkar University. This 16 year long movement was successful in 1994 when the ‘compromise’ name of Dr. Babasaheb Ambedkar Marathwada University was accepted. The movement saw several protests which led to terrible consequences including killings, molestation, burning of houses, etc of dalits. When the government decided to replace the natural sal forest with highly valued teak, the tribals of Bihar came out in strong numbers to protest against this decision. Having started in Bihar, the movement spread to other states like Odisha and Jharkhand too. This protest, to express the views against a large number of dams being contrasted near Narmada river, brought a large number of adivasis, farmers, environmentalists, and human rights activists together. The movement involved prominent celebrities and people went on hunger strikes to show their support for the cause. The decision is still pending, though the court initially ruled the decision in the Andolan’s favor, thereby effecting an immediate stoppage of work at the dam and directing the concerned states to first complete the rehabilitation and replacement process. Later the court allowed the construction to proceed. When anti-corruption activist Anna Hazare began a hunger strike at Jantar Mantar in New Delhi on April 5, 2011, the whole nation came together and stood by him. The movement led to the resignation of Agriculture minister Sharad Pawar from the group of ministers that had been charged with reviewing the draft Jan Lokpal bill. The initiative brought together a huge number of people, making it a one-of-its-kind event in decades. It was also one of those rare events that demonstrated what is possible if the world’s largest democracy woke up to take the reins in its hands. The movement was named among the “Top 10 News Stories of 2011” by Time Magazine. 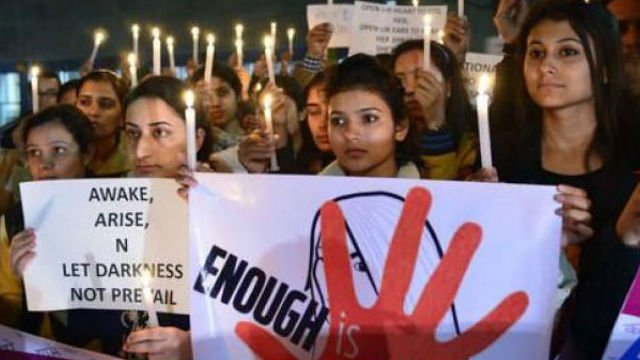 The 2012 Delhi Gang Rape saw one of the most angry reactions from people who were very clear on expressing that they have had enough. After the incident, thousands of people came out on streets to protest in several parts of the country. The movement also created a stir in social media where people changed their display picture to a black dot and tens of thousands of people signed a petition protesting the incident. Taking the movement into consideration, the government at the centre and various states announced several steps to ensure the safety of women.